Leon Bridges at The Neptune 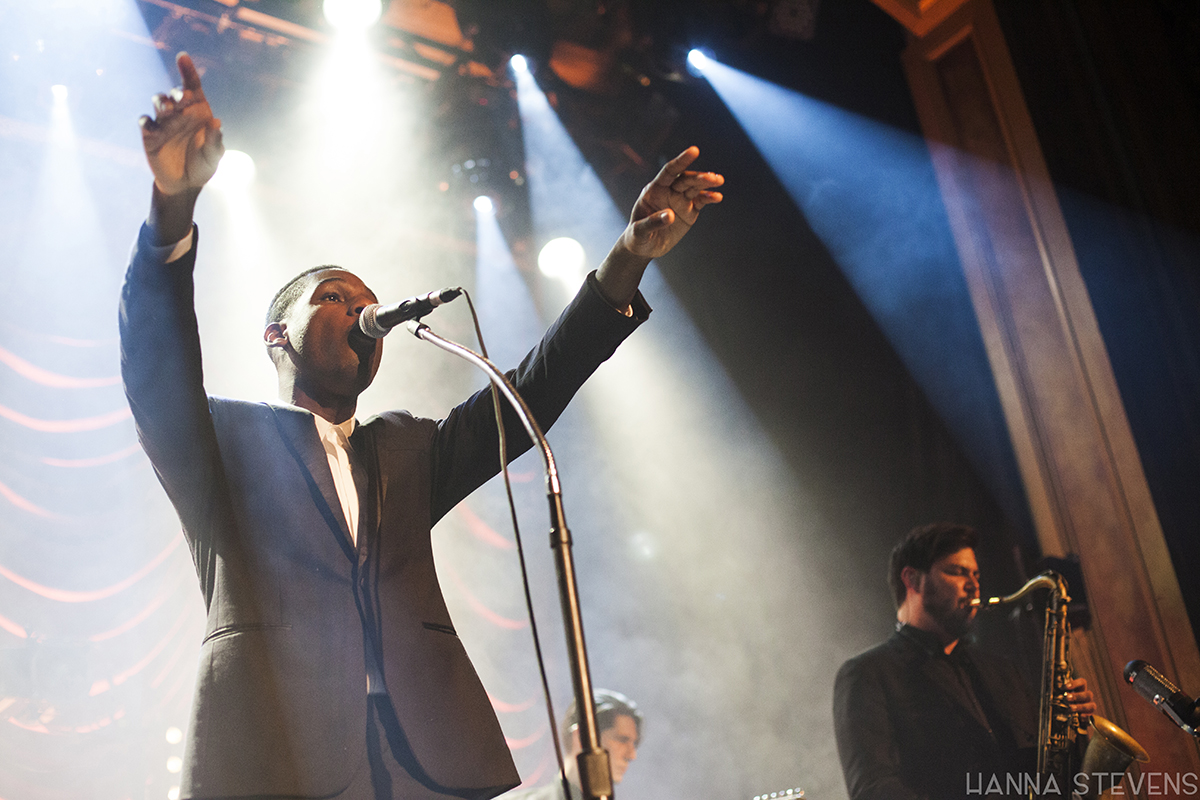 It should have been a knockout. All the elements were there: a young headlining artist riding the wave of his hit debut, a talented backing band, and a sold-out crowd full of excitement. And yet, somehow, it didn’t quite add up. Leon Bridges played it safe at The Neptune Theater, and left something to be desired.

Articulating what exactly was missing is a bit tough. Certainly, Bridges is a good singer with a pleasing voice. But he sticks to a fairly limited vocal range, rarely challenging himself out of his comfort zone and singing most songs with the same inflection and style. Indeed, this comfort zone encompassed much of the performance. Bridges could stand to let loose a bit more, both in songwriting and performance.

Certainly, his rapid rise from obscurity makes for an enticing story. One day he was working as a dishwasher and performing at open mics, and seemingly the next he was making Spotify’s top 10 most viral singles list for his song, “Coming Home.”  This hit, and his debut album of the same name, has put Bridges on the road for a national headlining tour and earned him a fair amount of acclaim.

His seven-piece band, dapperly dressed in black, was tight and talented, and his longtime saxophone player and collaborator added a lot of oomph and swing to the songs. White Denim’s Austin Jenkins, who was part of launching Bridges’ recording career, is now on tour with the band, playing bass and guitar. Bridges’ set was all vintage, and incorporated doo wop and early rock and roll, as well as soul. Singles like the aforementioned “Coming Home” and “Brown Skin Girl” had a pleasantly infectious groove. He has drawn many comparisons to Sam Cooke, and the comparison is an apt one. Bridges’ crooning ballads also at times evokes the buttery smooth voice of Nat King Cole. But what the show really needed was more Otis Redding.

Compare Leon Bridges at The Neptune to Otis Redding at the Monterey International Pop Festival, the first major rock fest in existence. In 1967, Redding was headlining in front of a crowd of 200,000. At The Neptune, Bridges played for less than 2,000. Not a fair comparison, right? But it is worth noting that at the time of these respective shows, each southern-born soul singer was just 26 years old. Redding at Monterey was backed by Booker T. & The MGs. Their show started late, and organizers only allowed them to play for a short five songs. The whole set can fit on a single side of an LP. Yet, Otis Redding fits more fire, passion, energy, and unbridled soul into those five songs than would seem physically possible.

Bridges, on the other hand, played some 17 songs in under an hour and a half. There were some charming gems, and some grooving, danceable numbers. Yet somehow, this relatively short set managed to drag. Bridges can be overly sweet, overly sentimental. Ballad after ballad can kill the dance desire. Whereas Redding would strain his voice, shout, scream, and work the crowd into a frenzy, Bridges rarely deviates from the predictable. And, he seemed almost afraid to venture away from the safety of the mic. When he did step away to dance, holding his elbows in close and swinging his arms open and closed across his chest, it was only briefly. There was something self-conscious about his stage presence. Yes, Bridges is young, and really just getting started. But at the same age, Otis Redding was a true master, completely on top of his game. Leon Bridges has some work and some catching up to do.

It should be noted that the sold-out crowd was cheering enthusiastically throughout the show, and there was a lot of love for Bridges in the room. There is a certain cognitive dissonance when it feels like the crowd is experiencing something that you are not. Perhaps this reviewer missed something, or perhaps many were more caught up in the fairytale figure of Bridge’s biography than the reality of a pleasant, but far from transcendent show. Certainly, this young man shows promise, and deserves to be heard and seen live. But, he needs to learn to vary his set and take greater risks if he is to be more than a retro-flavored flash in the pan.

Isaac Kaplan-Woolner is a live music fanatic and radio nerd living in Seattle. When he’s not attending concerts, he works as an assistant producer for the public radio show Travel with Rick Steves. He also volunteers and occasionally moonlights at KEXP Radio, and serves on the board of directors for the nonprofit Fremont Abbey Arts Center. He got his start in radio with a punk show at the tiny 10 watt station WNMH at his highschool in Northfield, MA, then in college volunteered at KBOO radio in Portland, OR, before landing a job as a DJ and news producer at KOHO Radio in Leavenworth, WA. Isaac collects vinyl, gig posters, ticket stubs, and ukuleles. The first CD he bought with his own money (when he was 11) was a used copy of Public Enemy’s Fear of a Black Planet. These days he listens to all sorts of music, though he still has that Public Enemy CD somewhere.
Related ItemsFeatureHanna StevensIsaac Kaplan-WoolnerKali UchisLeon BridgesThe Neptune Theatre
← Previous Story Johnnyswim in Seattle (Photos and Audio Interview)
Next Story → Who Is Halsey?