The Banner Days take us to Church (Video Interview & Photos) 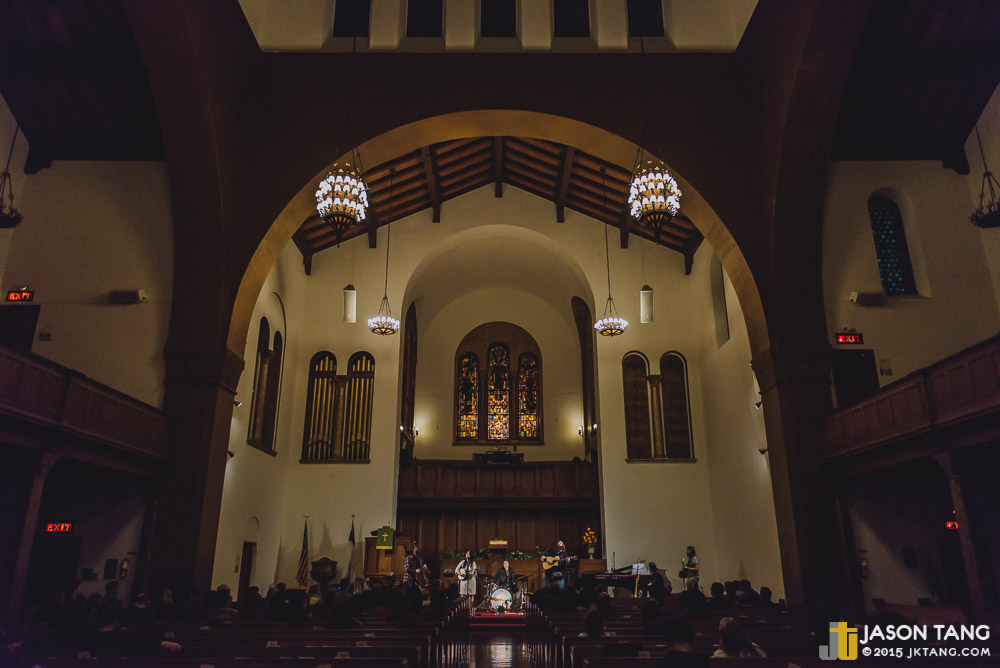 Individually, Beth Whitney and Bradford Loomis are brilliant musical talents in their own right. Both were gigging and putting out some beautiful music of their own individually. About a year-and-a-half ago, Whitney and Loomis formed their latest project, The Banner Days, and 2015 found the duo playing live for over 80 dates. So, 2016 could be a big year for the duo.

Loomis’ edgy and soulful vocal styling along with Whitney’s beautiful tones and feel create an incredible sound that is divinely inspired. So, it was only fitting that The Banner Days music should be sung in a church, and that is exactly what they did, performing unique arrangements of songs off of their record, Hand Me a Hymnal, at the beautiful and historic First Presbyterian Church in Tacoma. Whitney and Loomis were both backed by a tight and talented band, which made the songs bigger. Seeing the entire group perform while listening to their sonically splendid music was truly a spiritual experience. The evening’s performance was definitely close to the bone and heart.

Opening this special evening were good friends of The Banner Days and Tacoma natives The Owl Parliament and Emily Ann Peterson.

If you want to catch The Banner Days live, their next local performance will be at The Triple Door with St. Paul De Vence on Friday, January 15. Ticket information is available here.

Prior to the show, Greg Roth interviewed The Banner Days for an SMI Radio XTRA, and was also treated to an acapella performance of “Amazing Grace,” captured on video by Jason Tang.

Not only is he a multi-media journalist, he is also an accomplished musician. He is the founder of SMI and drives the creative look, feel and branding for the publication. His years of writing, arranging, and performing live music in a variety of genres inform his ability to communicate the message and the mechanics of music. Roth’s work on SMI reflects his philosophy that music is the universal language, and builds community. He believes it has the power to unite people of every race, religion, gender, and persuasion.
Related ItemsBeth WhitneyBradford LoomisEmily Ann PetersonFeatureFirst Presbyterian ChurchGreg RothJason TangTacomaThe Banner DaysThe Owl Parliament
← Previous Story Johnnyswim in Seattle (Photos and Audio Interview)
Next Story → SMI Radio: The BGP Live in Studio (Videos)