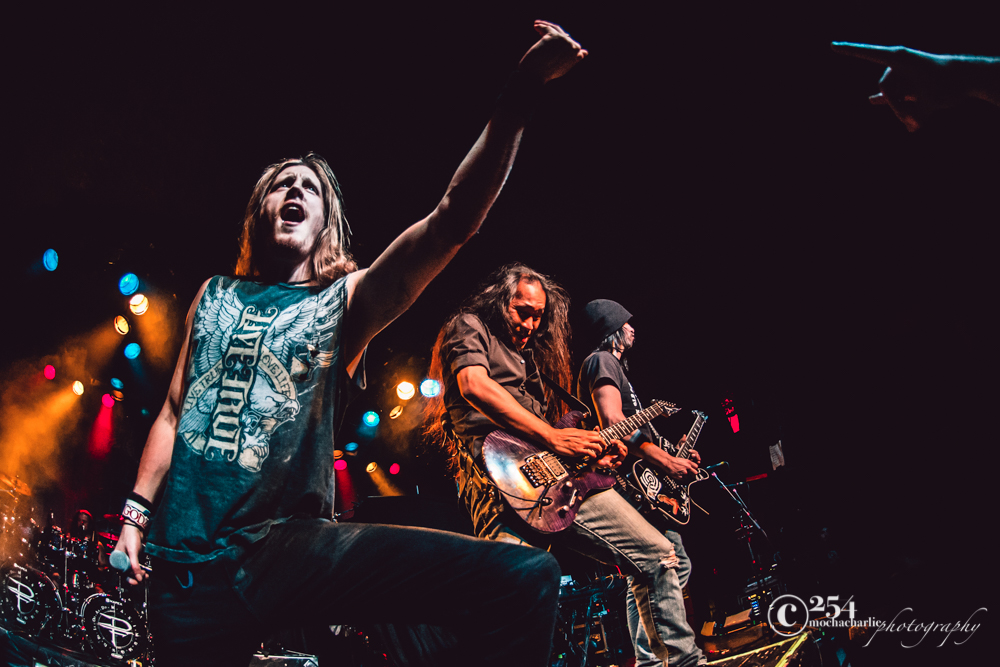 Last week’s DragonForce show marked the end of a two year absence from Seattle for the band, and fans were eager to see what they would bring to the stage. They are wrapping up their current US tour with Kamelot, promoting their sixth studio release, Maximum Overload.

There was unlimited fan and band engagement, and a welcome absence of cell phones in the crowd throughout the night. Fans were in awe, and Sam Totman and Herman Li‘s high-speed dual guitar solos were mesmerizing. All members had the opportunity to sing at the various mics on stage, (except drummer, Gee Anzalone, who kept his place behind the kit). Although they played a very solid hour long set, the number of songs they played was small because of the lengthy guitar solos within each song. They surprised fans by adding their version of Merle Kilgore’s, “Ring Of Fire,” made famous by Johnny Cash, during which lead singer, Marc Hudson, encouraged a “mosh circle” that encompassed the main floor. To fans delight, they also included perhaps their best known song, “Through The Fire And Flames.” It is hugely popular for its inclusion in the video game franchise for Guitar Hero, and it has over 72M views online. The tour wraps up before the end of the year, and they have already booked numerous festival dates into 2016.

Set List:
Fury Of The Storm
Three Hammers
The Game
Heroes Of Our Time
Operation Ground And Pound
Cry Thunder
Valley Of The Damned
Ring Of Fire
Through The Fire And Flames

Mocha Charlie is an amazing photographer who has a real passion for music. She covers and shoots several shows per month in and around the region. She a brilliant photo journalist but most importantly, she is also a mother who does her best to balance out her life and live it to the fullest. Mocha Charlie uses her passion and talent to support the community, her friends and family any way that she can.
Related ItemsDragonForceFeatureKamelotMocha CharlieShowbox Sodo
← Previous Story Thunderpussy: Takin’ U Over
Next Story → A Raucous Evening at the Sunset with The Mama Rags