Chase Rice at The Paramount

By Christine Mitchell on January 27, 2016@Housetornado37 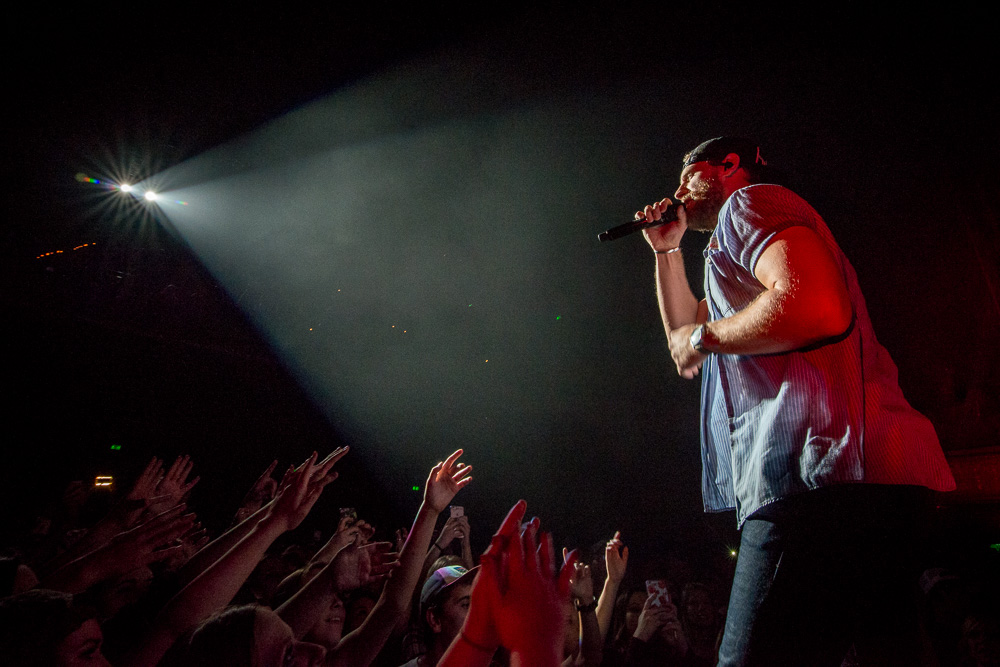 Country star Chase Rice played an energetic, sold-out show in his Seattle stop for the “Jack Daniels and Jesus Tour” at The Paramount Theatre last Friday. Fans lined up at the doors starting at 4 p.m., and Rice paid them back in spades. The Watershed alumnus and former reality TV star kept things moving with a fast-paced, interactive set that featured a stage thrust out into the crowd so that Rice could interact with fans, shaking hands and singing over their heads. The Cadillac Three opened for Rice with a country set of their own.

SMI contributing photographer Matthew Lamb was on the scene to capture the action. Check out the photo gallery below:

Christine Mitchell has been poring over album liner notes pretty much since she acquired the skill of reading, and figured out the basic structure of rock songs at an early age. Whether it’s the needle popping into the first groove of the record, the beeps that signal the beginning (or end) of a cassette tape, or digital numbers ticking off the seconds from zero, music brings Christine happiness, ponderous thought, opportunities for almost scientific study, and sometimes a few tears. When she started attending live shows two decades ago, a whole new piece of the puzzle clicked in and she has been hooked ever since.
Related ItemsChase RiceFeatureMatthew LambThe Cadillac ThreeThe Paramount Theatre
← Previous Story Windowpane Celebrates Album Release at Iconic Showbox
Next Story → Billy Joel to Play Safeco Field May 20