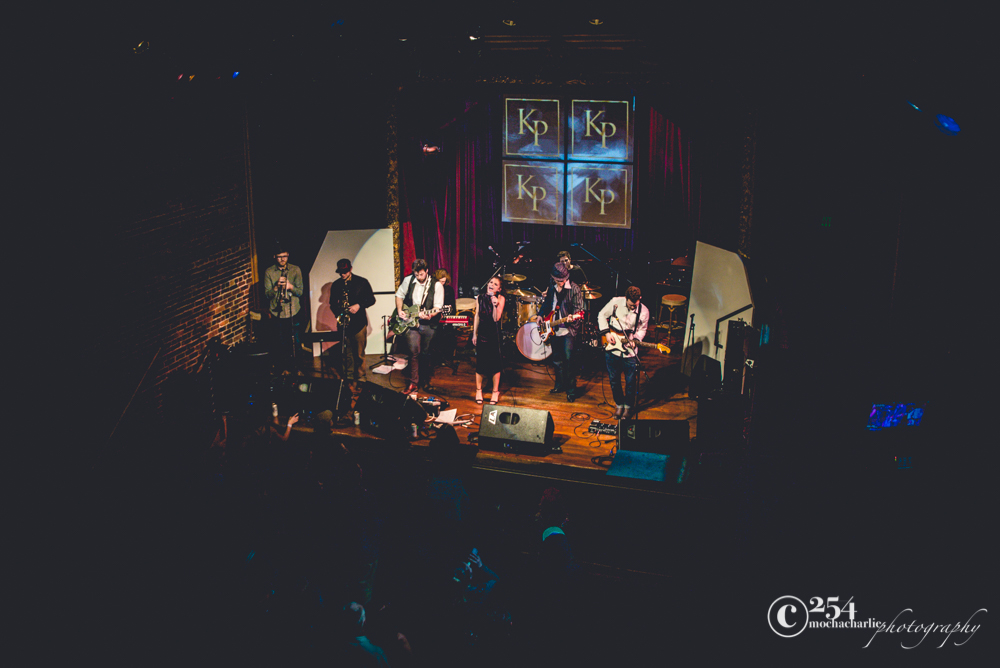 Putting all the pieces together to put bands on film is a daunting task; yet, when the idea and opportunity to film three bands in one location became possible, Seattle’s CaviGold Records made it happen.

The original plan going was to be a single band performance, live video and audio capture of Seattle’s Kristen Palmer. After some clever maneuvering, the record label added another of their own, Seattle band Lotus Crush, and also invited a band not signed to their label, Salt Lake City’s, Royal Bliss. The evening’s event at Seattle’s Columbia City Theater was free, and attended by invited guests of the label and the bands. Along with the label’s production crew, audio was also captured by legendary producer/engineer Justin Armstrong, (who has worked with Dave Matthews, Foo Fighters, The Blood Brothers, and Peter Frampton to name a few).

The intent for the night was to capture live performances of all three bands which will be included in multiple releases this year. All three bands delivered high energy sets, with only a few minor behind the scenes issues, requiring each band to perform at least one song for a second time. Fans were exuberant, and continued to dance, sing and cheer, making for great added background audio. The bands remained enthusiastic, joking while things were reset, and performing the additional song(s) with vibrant strength from the stage.

There was only one major issue on the stage – the heat. With the added production lighting, it was a bit warm on stage. Front man for Lotus Crush, Terry McDermott joked,  “Wear a leather jacket, they said. It’ll be cool, they said.” Lead vocalist for Royal Bliss also joked, “I wish I would have brought another shirt.” Palmer was styled by DList’s Designer of the Year, Tom Ordonio along with Jessica Delos Santos, and joked as she stepped out on stage about how awesome the jacket was that they had picked out and it was too bad no one would see it on her because, “Yeah, not wearing the jacket.”

Both Royal Bliss & Lotus Crush played with their full bands on stage. Kristen Palmer who has performed both solo and with a band at past shows, chose to bring eight musicians on stage for her set (including two of her brothers), giving fans a full-spectrum feeling of what her new music is all about. Each band will have singles debut from the event over the next few months. The DVDs will be edited, commentaries from band members and behind the scenes will be added. These releases will all lead up to album releases from the bands, along with multiple city tours. All three bands will join forces again in March, and will play three shows: March 23 at The Crocodile in Seattle, March 24 at The Jet in Mill Creek (tickets not yet available), and March 25 at The Palamino Club in Spokane (tickets not yet available).

Mocha Charlie is an amazing photographer who has a real passion for music. She covers and shoots several shows per month in and around the region. She a brilliant photo journalist but most importantly, she is also a mother who does her best to balance out her life and live it to the fullest. Mocha Charlie uses her passion and talent to support the community, her friends and family any way that she can.
Related ItemsAvast ProductionsBehind The Scenescavigold recordsColumbia City TheaterDVD filmingFeatureJustin ArmstrongKristen PalmerLotus CrushMocha CharlieRoyal Bliss
← Previous Story Chase Rice at The Paramount
Next Story → Little Big Show Raises $18,000 for Red Eagle Soaring Native Theatre