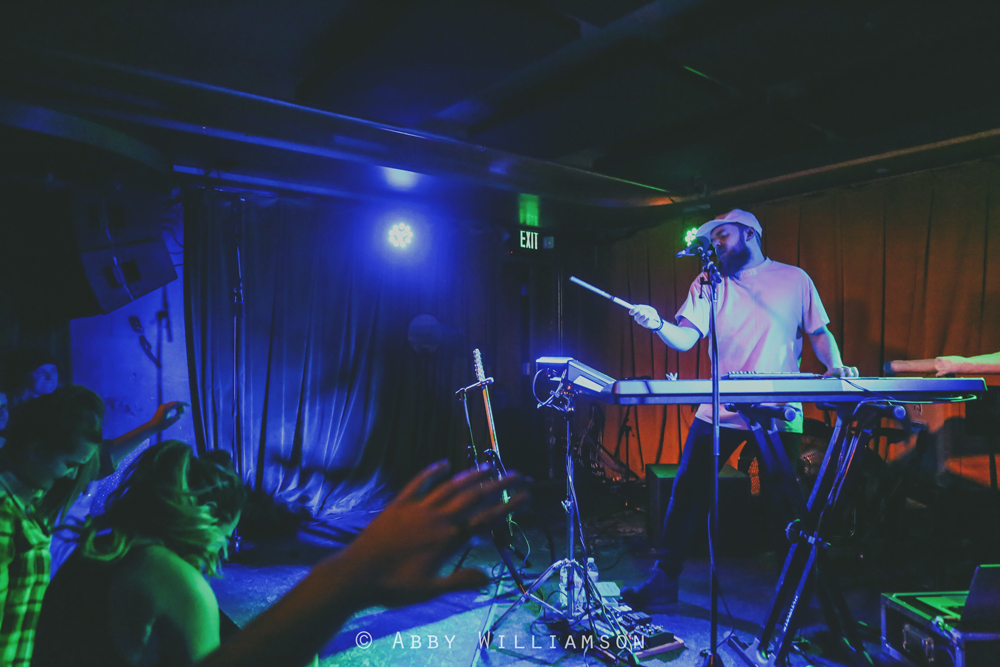 If you’ve never heard of Jack Garratt, it’s probably just because he’s not from America. If he were, he’d be all over the airwaves. You wouldn’t be able to escape him. Or at least that’s how it should be.

This kid played to a sold-out Barboza last week, which considering the fact that he got Critics’ Choice at the 2016 Brit Awards, is still an obscenely small room. It was lucky for everyone there, though.

Opening for Jack was Kacy Hill, who played her fifth show ever in Seattle. You read that right. It wasn’t her fifth show in Seattle. It was her fifth show ever. And it happened to be in Seattle. Her genuine exuberance made for a lovely warm-up, especially with the surprising but welcome cover of “I Love You Always Forever,” the 20-year-old Donna Lewis song that everyone knows but doesn’t actually know what it’s called. Kacy Hill’s brand of sunshiney electro pop was a great way to warm up the room – even though it was technically already warm. She killed it.

After a short break, the Brit prodigy took the stage. Just Jack Garratt, and no one else. But this guy didn’t need anyone else on stage, for the amount of talent and passion he had with each instrument was mesmerizing and inspiring. Garratt played the guitar with as much vigor as any of the greats, caressed the keys like a master, and beat the drum machine like he was in the middle of a huge kit. The songs were a blend of pulsating drum beats, soulful guitar riffs, and vocals that ranged from tender falsetto to heavy growls.

Garratt’s charming British sensibilities made its way into the set too:

“It’s really cool that you’re all here and you know these songs, especially because I’m not from here!”

“Oh sure, take a piss at the guy with the accent!”

Americans really should start using “taking a piss” as another word for insulting something.

A few standouts of Garratt’s set were the intense and almost angry “Water,” “Breathe Life,” and the set’s closer “Worry.” Though the story Garratt told to introduce “Surprise Yourself” made that song the gem of the evening:

“A few years ago, this girl I know forgot to get off the train and she had to ride it all the way back, and she was on the train for hours. I wrote this while she was waiting to get home so she’d have something to make her feel better.” And the audience let out a collective sigh. While on Garratt’s debut record Phase the track is full and epic, he stripped it down to its bare bones at Barboza that night, giving the song a whole new meaning.

Keep an ear out for Jack Garratt, because he’s definitely worth a listen. Or ten.

Abby Williamson is a photographer, writer, and video blogger with a passion for live music – especially the local scene. She recently moved to Seattle after commuting from Gig Harbor for shows an average of once a week for five years, so she’s happy to not have to drive as much and photograph even more concerts! When she’s not elbowing her way up to the front row at a show or sorting through thousands of photos of those shows, Abby also does freelance wedding photography, all the while cultivating a decent-sized following on YouTube. Abby has contributed to several music blogs over the last five years (and she’s really excited to join the SMI team!), and has been published in at least one album booklet for the band, Someone Still Loves You Boris Yeltsin. She would like people to know that while music photography and writing is a huge passion in her life – she is a fan first, photographer second.
Related ItemsAbby WilliamsonBarbozaBritish artistConcertconcert reviewFeatureJack GarrattKacy HillSeattle Music Insider
← Previous Story Carly Rae Jepsen Dazzles. . . Cardiknox Brings it Home
Next Story → Ben Rector & Marc Scibilia Land Brand New Tour in Seattle