HARPS Rockets Back on Vinyl (Videos) 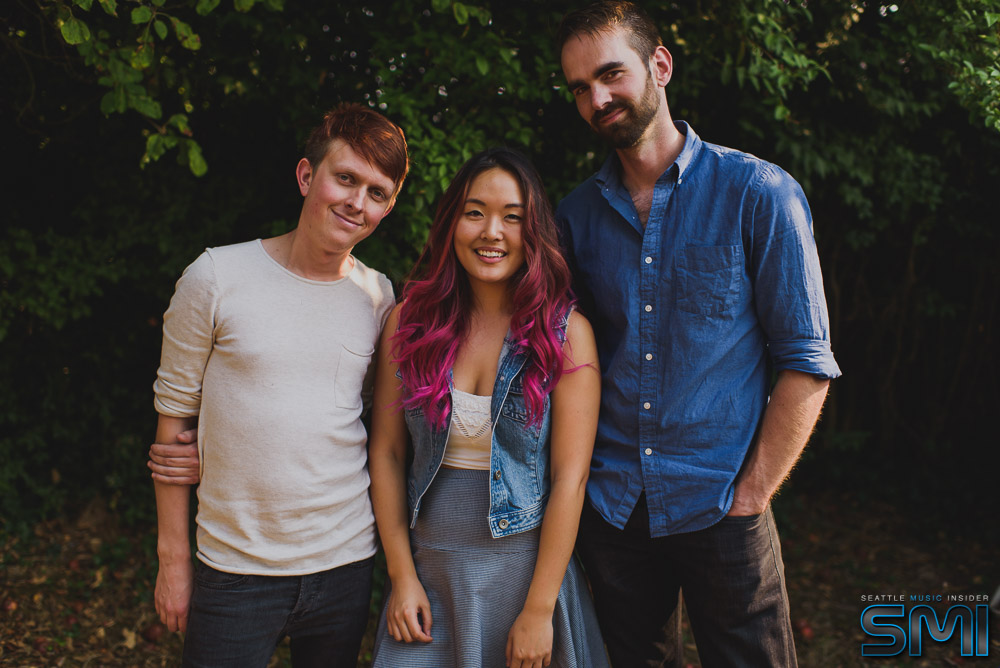 Seattle’s very own HARPS is releasing a remastered version of their 2013 electro-pop gem, Marvelous Cheer, courtesy of Rocket Heart Records on wax, that is vinyl for the uninitiated. The band will celebrate the release of the record by putting on a party at the legendary Neumos on Capitol Hill next Thursday, May 19. The brilliant Andrew Joslyn and his Passenger String Quartet, who recently returned from Macklemore & Ryan Lewis‘ European Tour, will be opening the show on their own prior to joining HARPS later on stage to add a whole new dimension and sonic depth to some strong material. NAVVI will also be performing that evening.

Tickets for the show can be purchased here.

HARPS released their unique brand of music to the masses in 2013. Previously, the album was only available on CD and in a digital domain. Since then, vinyl sales have risen globally by 30 to 40%. Releasing Marvelous Cheer just makes sense at this time, given vinyl purchases are now transcending generations. Real music lovers are happy to purchase music when packaged in a tangible fashion, with beautiful artwork and well produced music. 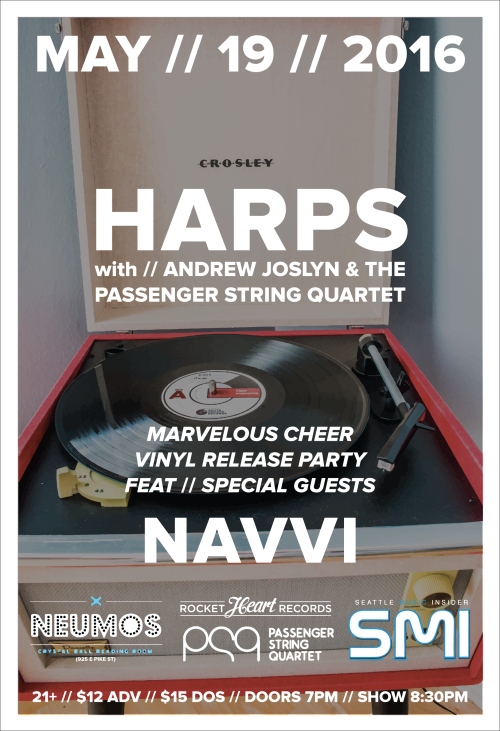 The 5 song EP which includes the incredibly catchy Rescue and the pounding rhythms of Let Me In has been remastered specifically for this vinyl release.

Pressed on 12 inch black vinyl, side-B features a custom etching – a first for Rocket Heart Records! The record jacket has been redesigned, and now includes a new art insert copy of a drawing by HARPS’ own Kaitlin Uemura.

Including a high quality digital download of the entire EP, this release is limited to a pressing of only 300 copies.

Pre order your copy of Marvelous Cheer and be entered to win a rare test pressing of the EP here. Pre-orders start shipping 5/16/16!

To help celebrate the vinyl release of Marvelous Cheer, HARPS has teamed up with Chorus.fm to debut a new live studio video every week leading up to the release of the vinyl EP.

To continue the celebration, HARPS will be taking the stage at Neumos on May 19th for their vinyl release party!

Recently, we had HARPS come into the studio for an interview and performance for SMI Radio recorded at Critical Sun Studios. Video clips and photos from those performances can be seen below, courtesy of Jason Tang. The full audio interview and in-studio performance will be available later this week.

Not only is he a multi-media journalist, he is also an accomplished musician. He is the founder of SMI and drives the creative look, feel and branding for the publication. His years of writing, arranging, and performing live music in a variety of genres inform his ability to communicate the message and the mechanics of music. Roth’s work on SMI reflects his philosophy that music is the universal language, and builds community. He believes it has the power to unite people of every race, religion, gender, and persuasion.
Related ItemsAndrew JoslynAndrew Joslyn and The Passenger String QuartetColin BrownFeatureGreg RothHarpsJason TangKaitlin UemuraNAVVINeumosNick MolendaPassenger String QuartetRocket Heart RecordsSMI RadioVinyl
← Previous Story Blaqk Audio Coming To Crocodile
Next Story → The Staxx Brothers Exclusive World Premiere of ‘Hot Chocolate’