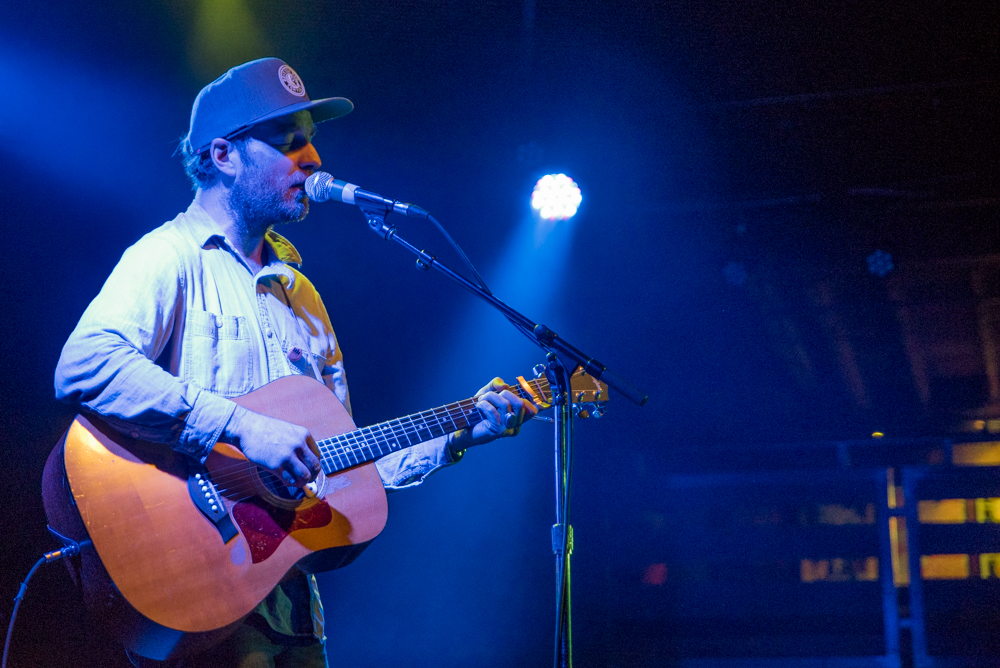 The Crocodile, that hallowed bastion of grunge shows, played host to music of a much more subdued sort last Thursday night. Ghosts I’ve Met celebrated the release of its album Night Repairs with support from shadowy folk outfit Planes On Paper and the sunny tunes of Julia Massey and The Five Finger Discount. The night’s gorgeous music filled The Crocodile, bringing to life an enriched awareness of the venue’s excellent sound. The wooden floor below and joists above seemed to embrace the performers right along with the crowd on this intimate night.

Julia Massey and The Five Finger Discount enticed the crowd to groove as they showed off sparkling, keyboard-centric songs that were surprisingly multi-layered for just three musicians. Their set was well received by the room.

Planes On Paper took the stage accompanied by a full musical complement. The duo’s partners in crime included the usual suspects in the form of Mikey and Matty, pedal steel player Pat Tennis, and Sam Watts on drums. Navid and Jen’s darkly beautiful music seems to gain layers that add new depth to each successive live performance. Their ‘helpers’ throw these layers on without having practiced beforehand, which lends a touch of the unexpected, but these humans know each other well, and it shows. Their cover of Sade’s “No Ordinary Love” was shiny and gorgeous in all the right places. Very Planes On Paper-y.

Sam Watts came out from behind the drums of Planes On Paper to front his own project, Ghosts I’ve Met. Watts’ stage presence is matter of fact and unaffected; he could have been playing alone in a room in his house rather than in the warm wood and crowd encasing him in The Crocodile. This lack of buffer between performer and audience lent Ghosts I’ve Met’s set an intimate fragility that was both beautiful and tenuous. But that didn’t mean that it wasn’t any fun. Electric guitarist Ben Blankenship’s hair blew in a very rock ‘n’ roll way as he stood in front of an electric fan. The rapport between Blankenship and Dan Bratsakis, who played additional electric guitar (left handed on a right handed VOX, very fun to watch) was quite entertaining. Watts paced the stage with his acoustic during vocal breaks, checking in with drummer Ben Kent and Andey Meyer, who added layers of musical technology through the use of analog synthesizers. Watts closed the set with a solo version of the title track of Ghosts I’ve Met’s latest, and then the crowd, which had been absolutely, appreciatively silent, exploded with enough applause and cheering to bring the band back for a well-deserved encore to cap off the night.

Christine Mitchell has been poring over album liner notes pretty much since she acquired the skill of reading, and figured out the basic structure of rock songs at an early age. Whether it’s the needle popping into the first groove of the record, the beeps that signal the beginning (or end) of a cassette tape, or digital numbers ticking off the seconds from zero, music brings Christine happiness, ponderous thought, opportunities for almost scientific study, and sometimes a few tears. When she started attending live shows two decades ago, a whole new piece of the puzzle clicked in and she has been hooked ever since.
Related ItemsChristine MitchellFeatureGhosts I've MetJulia Massey and The Five Finger DiscountPlanes on PaperThe Crocodile
← Previous Story Chinook Fest Summit Weekend
Next Story → Zoo Tunes Is Full Of Surprises