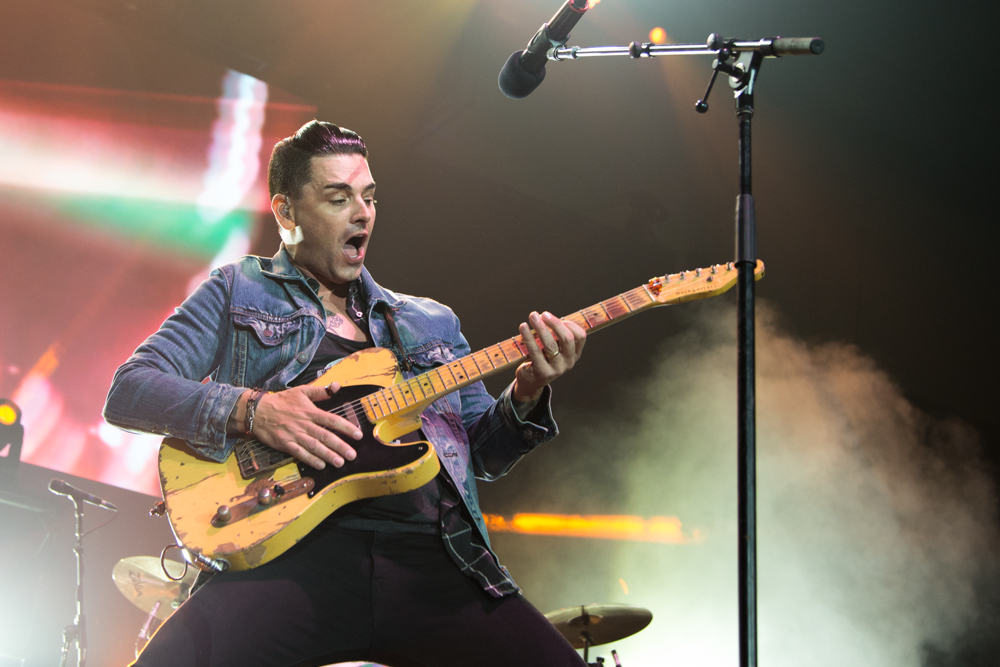 Revived from the depths of post-hardcore industry flail, the 2016 Taste of Chaos tour made a stop at Everett’s Xfinity Arena for a trip down nostalgia road. For anyone still reveling in their early-ought emo dreams, the show brought out the best of each of four bands, with emotional highs and screeching lows, and rocking out all the while.

First up for the night was The Early November. While it’s been a while since these guys have toured, their too-short set was solidly executed. Lead vocalist/guitarist Arthur “Ace” Enders gave plenty of scream-face, and their sweeping rock tracks showed off marching guitars and smart lyrics.

They were followed by Saosin – who took the stage to the Game of Thrones theme song – with lead vocalist Anthony Green back on the roster, making it almost the original lineup. Despite the fact that a recent Instagram post showed Green with a busted up head from a previous tour stop, his delivery was as crazy as ever. He doesn’t just throw the mic, but the whole stand. He doesn’t just eat the mic, he puts the entire thing in his mouth horizontally, jaw stretched to inhuman dimensions. The band played a set comprised of tracks from the band’s original EP and their latest full-length, Along the Shadow. The most metal of the lineup, the band is incredibly captivating, with incredible live energy.

The most blatantly nostalgic set of the night belonged to Taking Back Sunday, and lead singer Adam Lazzara made note of it. For every older song, the crowd just screamed the lyrics back toward the stage in excitement. Lazzara’s signature mic swings were there, his swanky moves and cowboy hat in place. The band played a couple of new tracks, “Tidal” and “Holy Water,” which the crowd seemed very receptive to as well. With John Nolan back in the lineup, the harmonies were on point, the guitars aggressive.

Closing out the night, Dashboard Confessional nailed it. This is the ultimate emo release that people were looking for, with lead vocalist/guitarist Chris Carrabba’s voice still tearing through the instrumentation to the point of breaking. As the band worked through an extensive set of their catalogue, Carrabba’s positive-vibe banter was just one more reason to cheer.

The band threw in fresh arrangements for older tracks that gave them new sonic dimension without losing any integrity, and the crowd sang along to every word. Carrabba played a few songs solo, at one point threw himself on the floor in a fit of passion, and recorded the crowd singing a chorus for a new record, earning bonus points with everyone. While the lineup was admittedly a bit disjointed, and the crowd certainly not sold out, those who showed up definitely got a worthwhile show.