Zoo Tunes Is Full Of Surprises 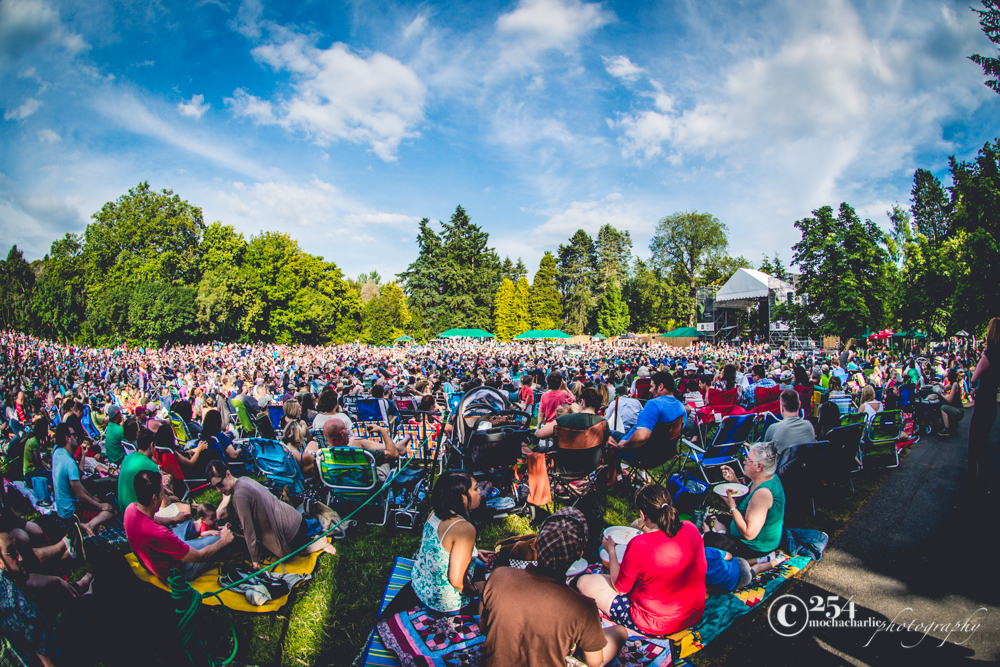 This year’s line-up for Woodland Park Zoo Tunes had music fans in a frenzy, and the majority of their shows had sold out well before the season began at the end of June. Such was the case last weekend for the triple bill of A Great Big World, Matt Nathanson, and Phillip Phillips.

The show had an early start time in order to give security more time to check bags for glass (which was not allowed into the venue for this show). Lines were longer than expected and some patrons missed out on grabbing their respective spots on the lawn until the show was well under way. The Zoo has an early sound curfew of just before 9:30, so all bands have the chance to play before dark, and are able to pack in as much as they can in the time allowed. Many in the crowd brought their kids (one child under 12 is free to most shows with an accompanying paid adult ticket), and they could be seen dancing among the crowd, having a great time. Sing-a-longs were encouraged throughout the night and the three bands brought fun, stories, and laughter to their respective sets, along with a few surprises.

The addition of A Great Big World to the Seattle tour date (Eric Hutchinson is playing select shows in their absence) was a great surprise for local fans, and an opportunity to gain even more. This marked AGBW’s second show in Seattle this year after absence of nearly four years. Matt Nathanson surprised the crowd by bringing up Pat Monahan (Train) to sing a tribute rendition of Prince‘s “Raspberry Beret” during his set. When Phillip Phillips took the stage with his band, a familiar face to the Seattle music scene took to the keys. Andrew Vait of the Seattle band Sisters has joined Phillips for his tour which plays through the middle of August.

Mocha Charlie is an amazing photographer who has a real passion for music. She covers and shoots several shows per month in and around the region. She a brilliant photo journalist but most importantly, she is also a mother who does her best to balance out her life and live it to the fullest. Mocha Charlie uses her passion and talent to support the community, her friends and family any way that she can.
Related ItemsA Great Big WorldFeatureMatt NathansonMocha CharliePhillip PhillipsWoodland Park Zoo Tunes
← Previous Story Ghosts I’ve Met celebrates ‘Night Repairs’ release at The Crocodile
Next Story → Sting and Peter Gabriel Seattle Superstar Summit