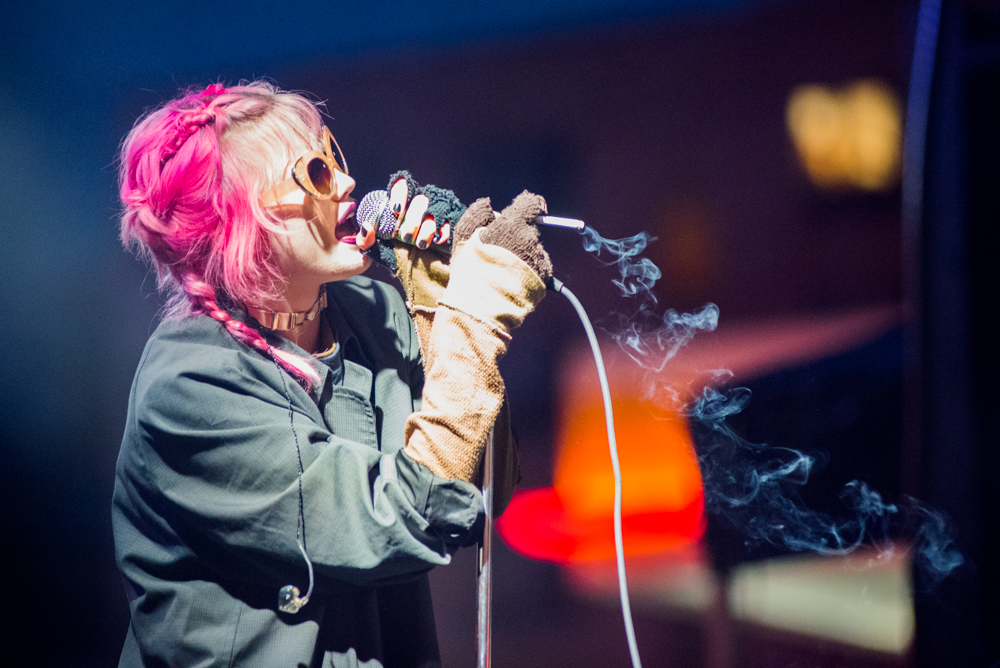 Friday dawned with a deluge of rain, usually an ominous sign for an outdoor festival. But by mid-afternoon, things had lightened and brightened, leaving the air heavy in anticipation of Capitol Hill Block Party.

The twenty year old festival hasn’t been a simple “block party” for quite some time now. National media outlets cover the three days of music and partying. Multiple sponsors line their booths up along the street, trading snacks, hip packs, and t-shirts for personal information. Glassy condos have multiplied in the area, their shiny windows peering down from where there was once sky. The new blood in the neighborhood pours out of those condos and into the street, changing the local, as well as festival culture in increments with each new installment.

One thing that CHBP nails, however, is its lineup, which is easily the most diverse of any fest in the state. Thrash. Hip hop. Folk. Indie. The five stages rotated acts, each projecting a different feel. One could head down into the tiny, blood-red basement of The Cha Cha Lounge and sweat it out in the dark with an unknown punk band, then emerge into the outdoors and take in a massively popular national act on the Main Stage with a few thousand other festival attendees. This is what keeps CHBP vital in 2016.

Friday saw the crowd slowly swelling as people got off work and made their way to Capitol Hill to try and nab a parking spot. The stuffy evening cooled off to become a great night to take in music.

Christine Mitchell has been poring over album liner notes pretty much since she acquired the skill of reading, and figured out the basic structure of rock songs at an early age. Whether it’s the needle popping into the first groove of the record, the beeps that signal the beginning (or end) of a cassette tape, or digital numbers ticking off the seconds from zero, music brings Christine happiness, ponderous thought, opportunities for almost scientific study, and sometimes a few tears. When she started attending live shows two decades ago, a whole new piece of the puzzle clicked in and she has been hooked ever since.
Related ItemsCapitol Hill Block PartyCHBPChristine MitchellCrystal CastlesDilly DallyDoNormaalFeatureIska DhaafJake HansonMild High ClubMONail PolishSangoWashed OutWild PowwersZoolab X King Snake
← Previous Story Did Sherwood Play Their Last Show… Ever?
Next Story → ODESZA at Capitol Hill Block Party