By Mike Baltierra on August 2, 2016@baltierraphoto 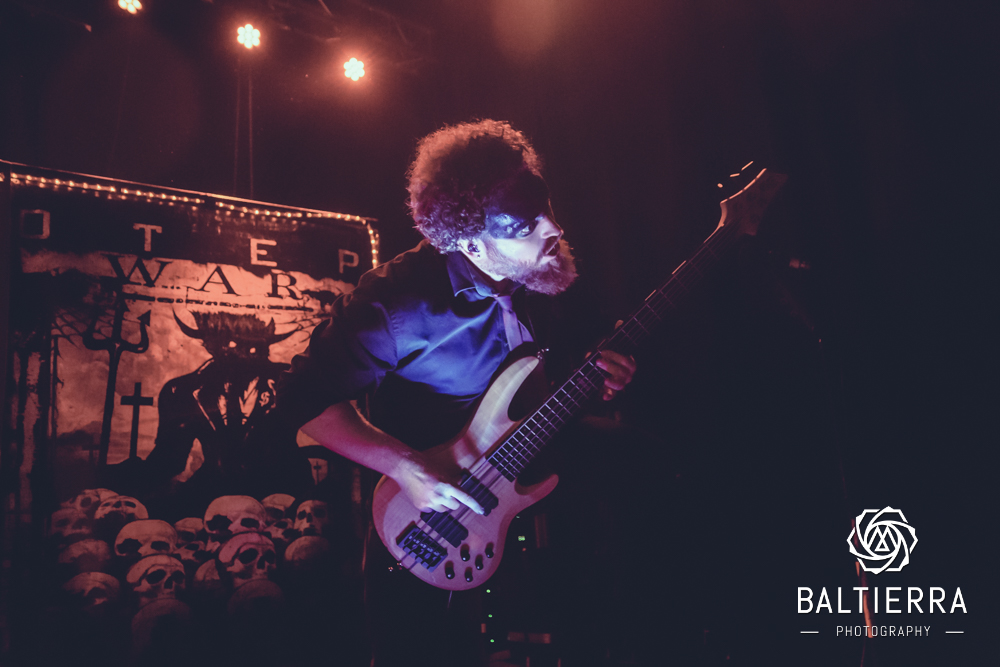 Los Angeles’ Otep, whose line up consists of Otep Shamaya (vocals), Ari Mihalopoulos (guitar), Justin Kier (drums) and Andrew Barnes (bass), is currently touring the United States in support of their latest release “Generation Doom”.  The band played in front of a packed Studio 7 crowd, who came out despite the summer heat on a Monday evening.

The set contained tracks that spanned most of the band’s catalog. Otep mainly focused on songs from their debut Sevas Tra and their latest album, Generation Doom. The band set the tone for the evening by opening with the song “Battle Ready,”  then jumping into “Zero.” Other tracks included fan favorites “Apex Predator,” “Blood Pigs,” and “Equal Rights, Equal Lefts.” Shamaya is a very powerful vocalist and front woman. Mihalopoulos, wearing Spartan helmet looked as if he could have been in the movie 300, and he kept the crowd entertained with his antics and guitar playing. Kier and Barnes complemented each other as the rhythm section of the band. Overall, Otep played a set that kept the Seattle crowd happy, entertained, and wanting more.

Doll Skin, based out of Phoenix, AZ, were the direct opening act. The band features Sydney Dolezal (vocals), Alex Snowdwn (guitar), Nicole Rich (bass) and Meghan Shea Herring (drums). Doll Skin are touring in support of their debut album, In Your Face. Their self-described pop influenced “glitter punk” – imagine the Runaways meets the Donnas – went over well with their fans and helped the band win over new ones.

Fire From The Gods, a metal / hardcore band based out of Austin, TX, were the evening’s heaviest act on the bill, and are touring in support of their album Narrative.