John Paul White Is Back With Beulah, And It’s Brilliant 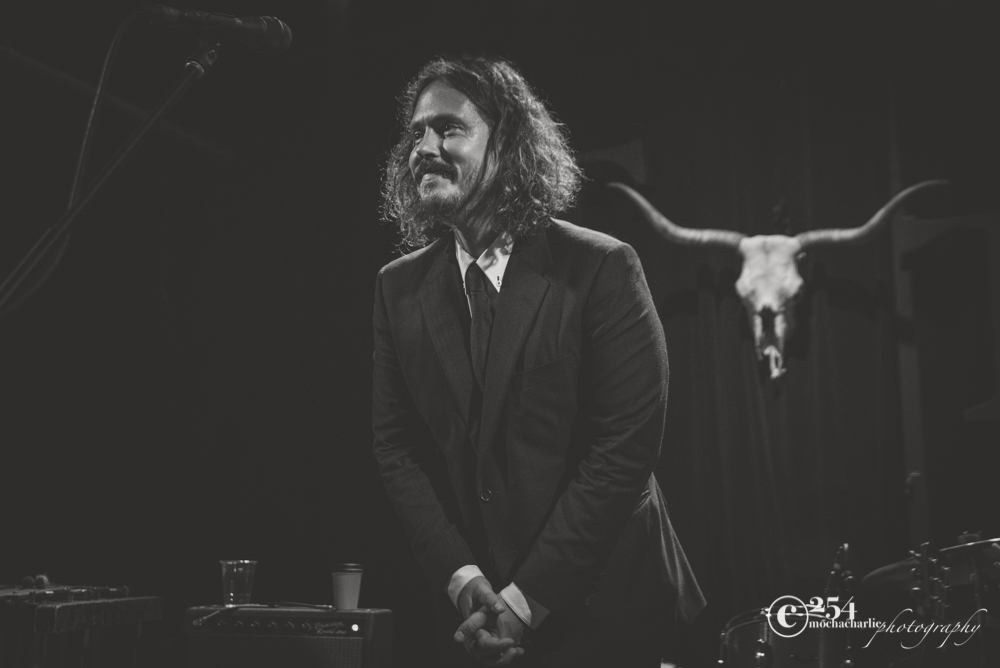 Donning his signature black suit, John Paul White took to the stage at The Tractor Tavern last week promoting Beulah (Aug 19), his first solo album since 2008. For the majority of the tour, he asked long-time friends, The Secret Sisters, to open the show.

While touring, The Secret Sisters have been hard at work on their third studio album (produced by Seattle’s Brandi Carlile) to be released this fall. Their musical harmonies and fun-loving demeanor on the stage make their sad songs quite friendly, and they exude happiness through singing about bad relationships and murder from behind the mic. They chose to sing only new songs (and a cover), which had the crowd listening silently throughout their set. The Secret Sisters will embark on their own tour later this fall to promote their new EP, and promise to crowd surf at their show. (The crowd took their statement as “binding,” as they mentioned it more than once.) They will open for Carlile for both of her sold out ZooTunes shows later this month.

After moving on from his years in The Civil Wars, John Paul White wasn’t planning on returning back to music. He was done. White took time away from music to attend ballet classes and baseball games with his kids, and to delve deep into his family roots. During this time, he felt he had too many songs in his head wanting to be written. White found himself finally putting word and music to paper and with the backing of his record label, Single Lock Records, he’s back, and his music is brilliant.

When he stepped back out on a stage, fans didn’t know what to expect. John Paul White didn’t, either. But with a resounding roar from the crowd as he took to the stage, the man in black was definitely back. During his set, he played nothing from years past. The near sold out crowd was basically silent throughout his set, in awe. Other than the occasional hum of the air-conditioning unit, you could hear him belt out each lyric with sharpness and depth. His set was breathtaking. While he was singing, fans were attentive and polite. He was thankful, humble, and surprised at how the crowd reacted to his music. His vocals and lyrics were haunting, genuine, and passionate. His new songs and sound are perhaps a deeper version of himself. Their lyrics are meaningful to him, but universally profound for fans to find meaning within their own lives. Although some songs are a similar slow pace from which he showcases his varied guitar chords, a few of his songs are deeper and carry an unexpectedly southern rock twist. He played with a backing band, and had his touring mates, The Secret Sisters, join him on stage for backing vocals. He premiered his first single, “What’s So”, last week and Rolling Stone premiered its accompanying video, (which features his family and locations from his home town). He vowed to return to Seattle in the fall as part of a broader, bigger tour. (Dates TBD)

Mocha Charlie is an amazing photographer who has a real passion for music. She covers and shoots several shows per month in and around the region. She a brilliant photo journalist but most importantly, she is also a mother who does her best to balance out her life and live it to the fullest. Mocha Charlie uses her passion and talent to support the community, her friends and family any way that she can.
Related ItemsFeatureJohn Paul WhiteMocha CharlieThe Secret SistersTractor Tavern
← Previous Story Rob Zombie & Korn: Return of The Dreads Tour in Seattle
Next Story → The 6th Annual Rock & Rally for the Troops at Cheney Stadium