Home / Previews / Concerts / Fitz and The Tantrums Return to The Northwest

Fitz and The Tantrums Return to The Northwest 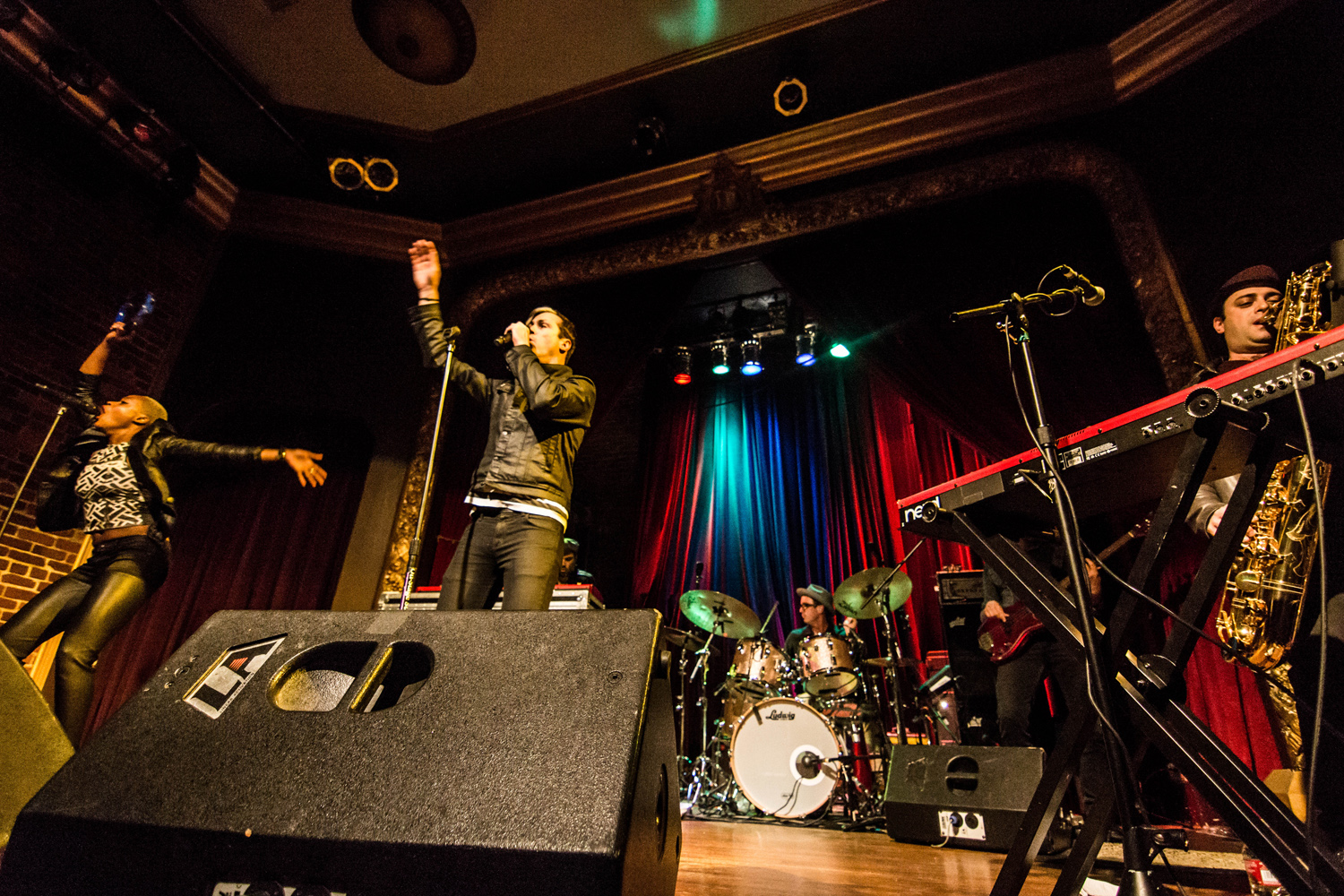 It seems that every summer (since my existence anyway), there is a song or handful of songs that provide the youth and mainstream pop culture a summer soundtrack of well crafted radio, video, and TV friendly ditties. These ear-worms plant themselves in your brain long after the beat stops playing. Few artists have the talent, luck or strong song-structure chops to make it into the elite class of summer hits. These are songs that will be forever etched in the history of our lives and live on long after we move on to the next dimension. When we will hear these songs decades later. In that instant, we will instantly be transported back to that magical summer, when Fitz and The Tantrums owned all music media with the finely crafted and produced “Hand Clap.” Music is the ultimate time machine indeed.

Hits are nothing new to this LA based outfit. They have been crankin’ them out since 2010. That is when we first discovered them. From the first downbeat of “Money Grabber” we were hooked. So hooked in-fact, that we requested to cover one of their first Seattle shows at The Crocodile. Fitz and former Seattle resident and Cornish grad, drummer John Wicks were kind enough to grant us an interview backstage at The Crocodile on that rainy October night. This was before they proceeded burn the building down with their high-octane brand of soulful pop, (with a friendly nod to The 80’s). We have been digging what they do and covering them ever since.

See all off our past Fitz and The Tantrums coverage here.

We knew then that this group of talented and established musicians were destined for greatness. It is tough for a band or artist to maintain a study career and build their fan base, while at the same time reinventing themselves visually and musically. Of course there is “Fitzy’s” trademark vocal styling, who along with his partner in crime, Noelle Scaggs, create a singular voice. They, along with the tightest band west of E Street, deliver their catchy and trademark sound in the studio or live setting – regardless of the musical road they choose to travel down.

The Ties that bind….

Fitz and the Tantrums have a special relationship with Seattle and the feeling is mutual. There are musical connections along friends & family ties that bind them to the city.  But the biggest bond the band has with the Northwest is with the folks that that love and support them. They don’t just perform for their fans, they engage with them as well, via social media, in-stores and in-studios and after the show autograph sessions.

The band returns to the Northwest tonight to play the beautiful Marymoor Park Amphitheater  in what will be a hot summer Northwest night. Opening for FATT are Seattle’s very own Pickwick and Phases. Doors open at 6:00pm.

Not only is he a multi-media journalist, he is also an accomplished musician. He is the founder of SMI and drives the creative look, feel and branding for the publication. His years of writing, arranging, and performing live music in a variety of genres inform his ability to communicate the message and the mechanics of music. Roth’s work on SMI reflects his philosophy that music is the universal language, and builds community. He believes it has the power to unite people of every race, religion, gender, and persuasion.
Related ItemsFeatureFitz and The TantrumsGreg RothJohn WicksMarymoor ParkMichael FitzpatrickPopRocSoulThe Crocodile
← Previous Story New Music Preview: The Julie Ruin – ‘Hit Reset’
Next Story → Loch Lomond play Triple Door Thursday