Despite release their latest album, Synergi 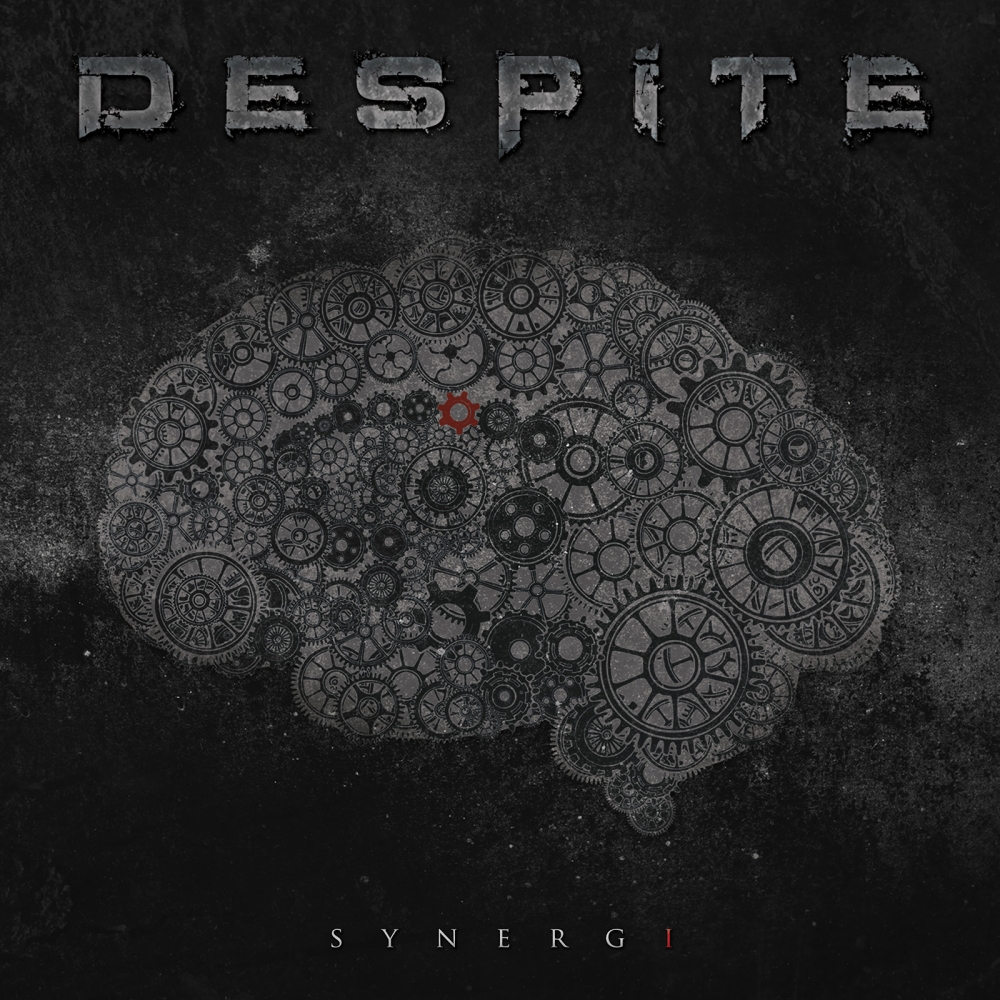 Despite is a melodic death metal band from Sweden and signed to Eclipse Records. Despite released their latest album, Synergi, earlier this summer. The album was produced by Oscar Nilsson at Crehate Studios (Gothenburg, Sweden) and contains thirteen tracks clocking in around fifty two minutes which combine death, thrash, hardcore, djent and progressive metal to deliver an outstanding offering.

With three guitarists (Zoran Panovic, André Gonzales, and Eldor Pettersson), the music is heavy and trades between heavy thrash and melodic riffs, keeping the listener on their toes. The band prove that they exceptional players, delivering a superb, polished sound via exceptional production.

The LP begins on a heavy note with the opening track “Soul = Denied,” which is brutal from the start and provides a good sample of what is to be expected of this album. This is then followed up by the single and scorcher “As You Bleed,” which is was heavily inspired by a UFC bout. Both of these tracks showcase the band’s heavy thrash and djent inspired riffs.

“Perpetual Weakening” tones it down a tad, though the blast beat drumming by Janne Jaloma is very impressive. “Triad” is an instrumental that starts off with Anthony Cui’s bass playing as if it were inspired by the band Tool and their song “Sober”.  The song has great drum fills and exceptional guitar playing.

“Time Lapse” is for everyone who loves ethereal music laced with melodic guitar playing. The song allows frontman Peter Tuthill to show off his vocal capabilities. Tuthil, who brings not only death growls, screams and grunts, also provides an excellent mellow singing style on this track, which could easily be a follow up single for the band.

“Chaos Trigger” is one of the standouts on Synergi. The track has some serious double kick drums and heavy guitar riffs throughout, as well as Tuthil going back to grunting and growling combined with operatic and melodic synthesizer. This makes for a serious head banging track that should sound exceptional live.

Synergi is an album made up of some new material as well and re-recordings of their pervious release, the EP Epic. Why this decision was made, only the band knows, but the songs from Epic definitely sound fresh with the newer production and mixing of Synergi.

Synergi is well-crafted, catchy, and memorable. None of the tracks are clones of each other. Each song stands on its own, and Despise delivers a very solid, heavy offering with their latest release.