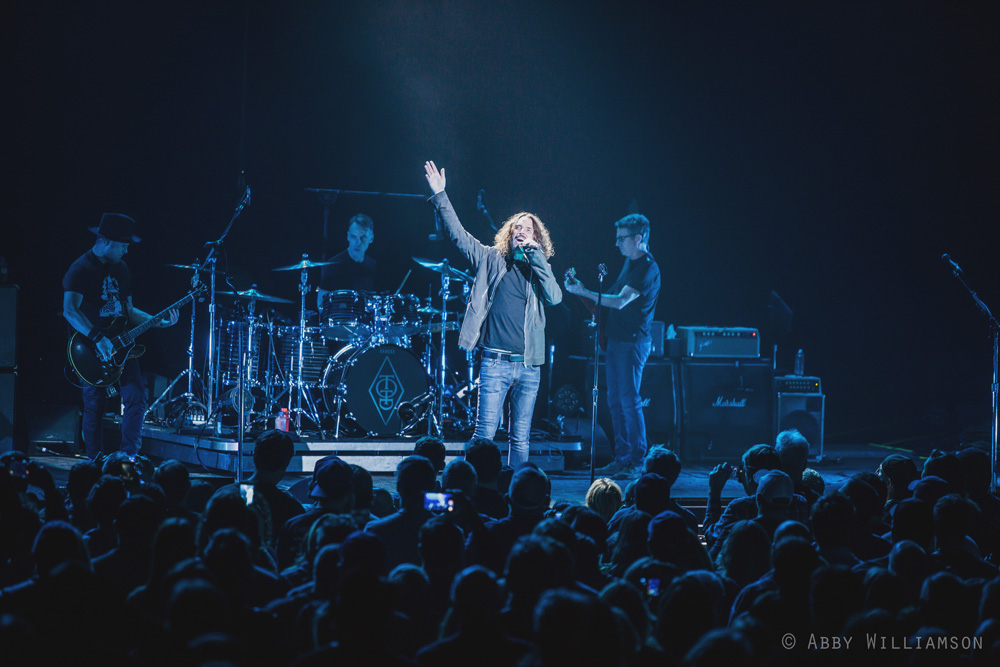 Temple of the Dog at Paramount Theater (Photo: Abby Williamson)

As a fitting finale to their short eight city tour across the United States, local grunge legends Temple of the Dog sold out two nights at the equally as legendary Paramount Theater. Old and new grunge fans alike (definitely more of the former than the latter) queued up down E Pine St for the first show Monday night, a handful of folks still pacing, desperately pleading for extra tickets.

Fantastic Negrito opened the show, and while their performance was highly entertaining, it was clear where the crowd’s priorities lay. They just wanted to see Temple of the Dog. So when our hometown headliner took the stage, everyone in the crowd immediately stood right up.

The band, that night made up of Chris Cornell, Jeff Ament, Stone Gossard, Matt Cameron, and Mike McCready – proved that they’ve still got it. Twenty-five years since the release of their one and only album, the collective influence of all the band members still resonates in record stores and on stages across Seattle.

Temple of the Dog gifted the crowd with a 17-song main set, sprinkled with Mother Love Bone covers, as well as a couple of older hits like “Jump Into the Fire” by Harry Nilsson and “Hey Baby (New Rising Sun)” by Jimi Hendrix. It was a musical smorgasbord of Seattle sounds.

Abby Williamson is a photographer, writer, and video blogger with a passion for live music – especially the local scene. She recently moved to Seattle after commuting from Gig Harbor for shows an average of once a week for five years, so she’s happy to not have to drive as much and photograph even more concerts! When she’s not elbowing her way up to the front row at a show or sorting through thousands of photos of those shows, Abby also does freelance wedding photography, all the while cultivating a decent-sized following on YouTube. Abby has contributed to several music blogs over the last five years (and she’s really excited to join the SMI team!), and has been published in at least one album booklet for the band, Someone Still Loves You Boris Yeltsin. She would like people to know that while music photography and writing is a huge passion in her life – she is a fan first, photographer second.
Related ItemsAbby WilliamsonChris CornellFeaturegalleryjeff amentMatt CameronMike McCreadyParamount TheaterReviewstone gossardtemple of the dog
← Previous Story Queensryche at the Showbox
Next Story → Steel Panther Performs at a Sold Out Showbox SoDo