By Kriston McConnell on January 23, 2017@Kristonisms 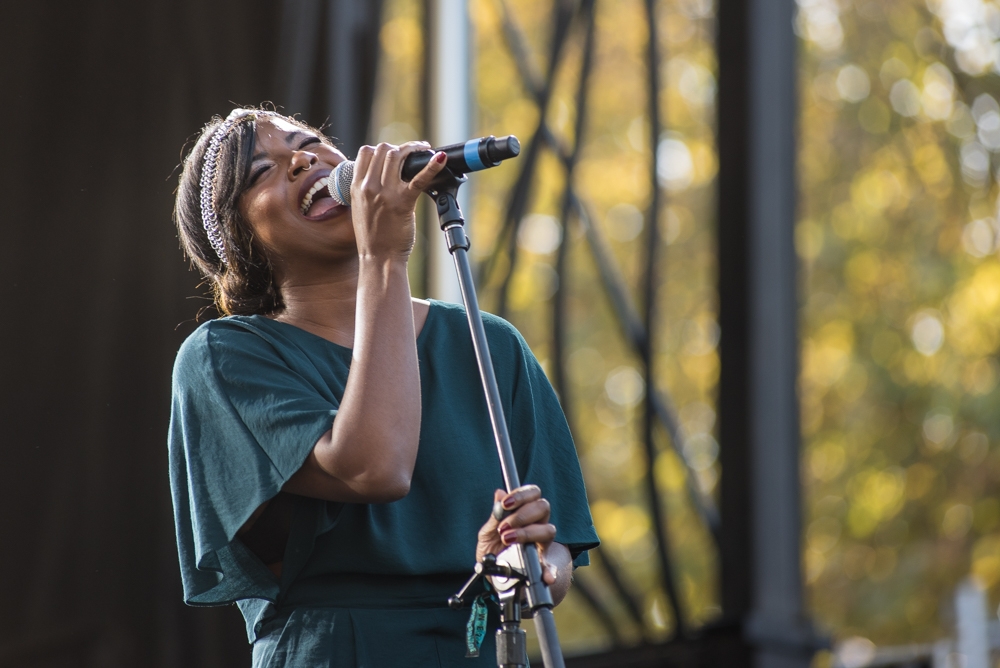 Note: the words “women” and “female” are meant to include the entire spectrum of humans who identify as women, including trans women and women of color. I will specify groups as needed.

When a person is not a part of a specific group, it’s easy to not realize their lack of representation in music, movies, art, etc. Sometimes it requires self-reflection after the fact, or a critical eye in the moment. Either way, it’s a part of our nature to miss things that don’t apply to us. We are selfish creatures, after all, and tend to focus our energy on the things that have impacts on our own personal lives.

Looking back at some of the biggest/most influential festivals in and around Seattle in last year, there is one disappointing similarity – their lineups were dominated by men. If your initial reaction is to say “well most musicians are male…” then you are only acknowledging a symptom of a deeper, more insidious problem within the music industry (and our culture in general). That problem is not the focus of this piece today – but perhaps I will take the time to pen some thoughts on it in the future. 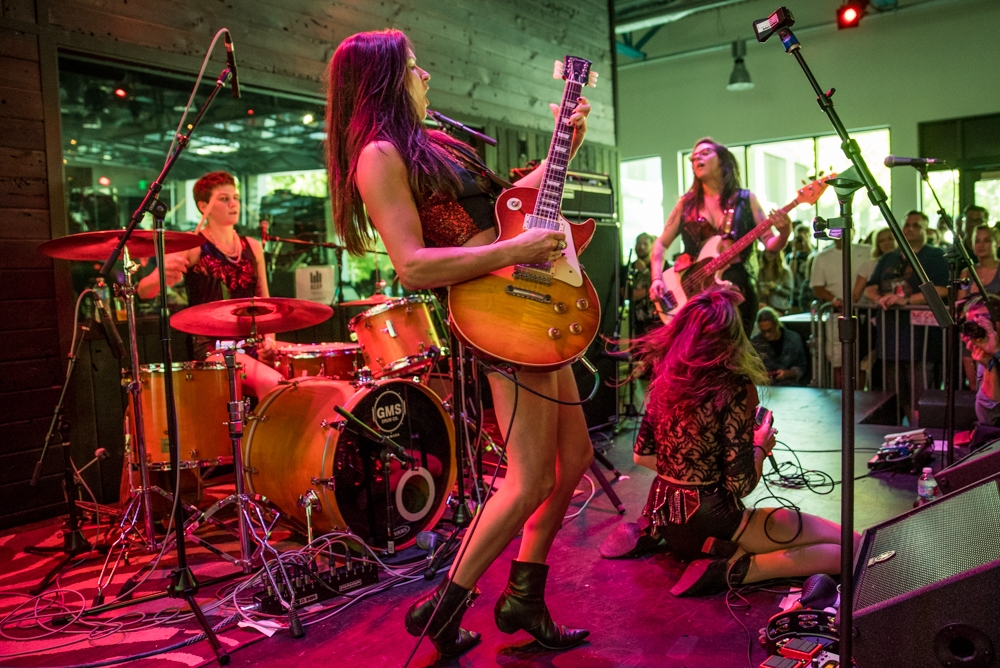 There was a disturbing lack of headlining female-fronted bands at this year’s Bumbershoot. Even more alarming, there were zero women of color headlining. Sasquatch! did a slightly better job of offering a diverse group of artists overall, but still fell short of equal representation with female artists in the headliners (they also failed to have a single woman of color closing even one stage on any of the nights). I am sincerely hoping that Upstream, the burgeoning music festival dreamt up by Paul Allen, will make a huge step forward with representing female artists when it makes its debut this summer. There is quite a bit of hype surrounding this festival, and until the lineup is revealed, I will remain skeptical about what it will have to offer.

Outside of the Seattle area, one of the biggest names in the festival game is Coachella. The festival recently announced its 2017 lineup, which on its own makes headlines, though it made headlines for a different reason this time around. One of their headliners is Beyoncé. That’s great! Why did it make headlines? Because it was the first time in a decade that a woman has headlined that festival. As a matter of fact, it’s the first time that a woman of color has headlined the festival at all. Why the hell did it take nearly 20 years for a major festival to have a black female performer headline? Why has it been a decade since the last time a woman headlined? Don’t get me started on their track record with the LGBT+ community (or the fact that it recently came to light that AEG’s founder donates money to anti-LGBT+ organizations). 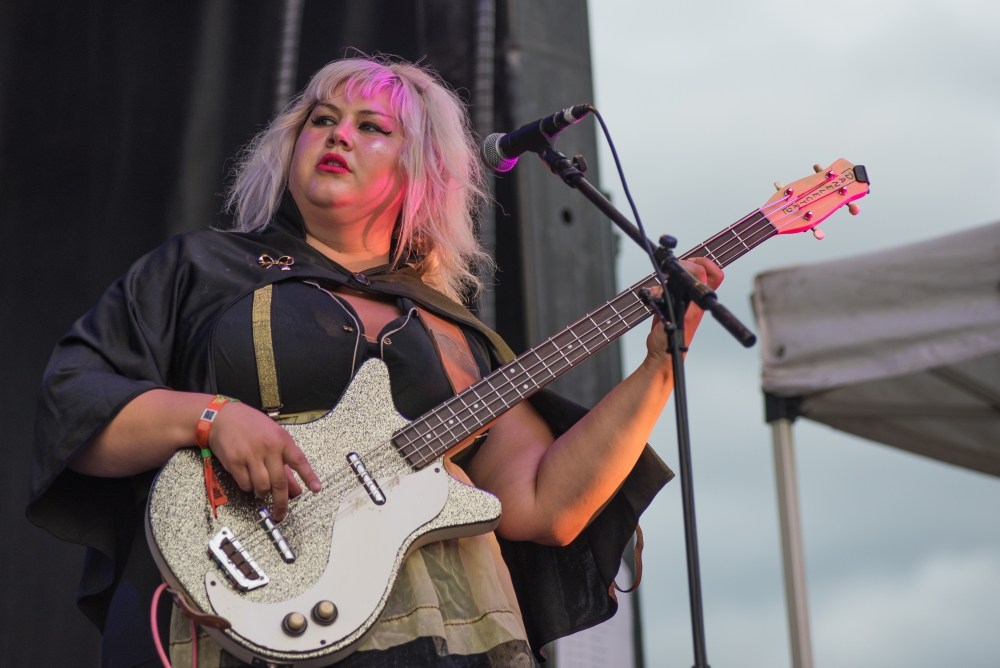 Shannon and The Clams at Sasquatch! (Photo by Christine Mitchell)

What can be done to assure a more diverse group of artists take part in future festivals? For starters, festivals can employ more women, people of color, and LGBT+ folks in their staff. A festival run by white men is going to heavily lean toward musical acts with white men. It’s not that they are (necessarily) intentionally leaving out other groups of people…it’s simply that they do not think to include them. Is that an excuse? Of course not – it’s simply an indication of the importance of diversity. When women and people of color are calling the shots, they bring different experiences, and therefore will be inclined to generate content based on their interests. If Hollywood wasn’t basically run by white people, do you think Gods Of Egypt would have had white people portraying Egyptians? Hell no.

This isn’t a they problem, it’s an us problem. The industry does what it thinks will sell. We need to stand up and tell them what we want is a diverse group of musicians at our festivals, that women are hailed in equal manner to men, that women of color can (and should) hold closing time slots at major music festivals. The media can afford to do a better job of championing female artists. Record labels can do a better job of signing women and promoting their material. Consumers can do a better job of consuming media created by women. It’s a multi-faceted issue that has long plagued the music industry and won’t simply come to an end on its own.

Some people may argue that the reason women and women of color are under represented is that they won’t draw a crowd, or there simply aren’t as many of them. These arguments are a smoke screen that ignores a a glaring problem within the music industry. Just Google “women in music” and you will find a huge array of op-eds from female musicians, publicists, tour managers, writers, photographers and the like recounting their experiences as women in music. I’ll give you a quick summary: Women are not taken seriously. Professional women within the music industry are often treated as groupies, accused of not knowing what they are doing or are looked down on. Simply put, we are not valued the same way as men, though we are demonstrably just as talented as men. If women are included, they will draw crowds – à la if you build it, they will come. 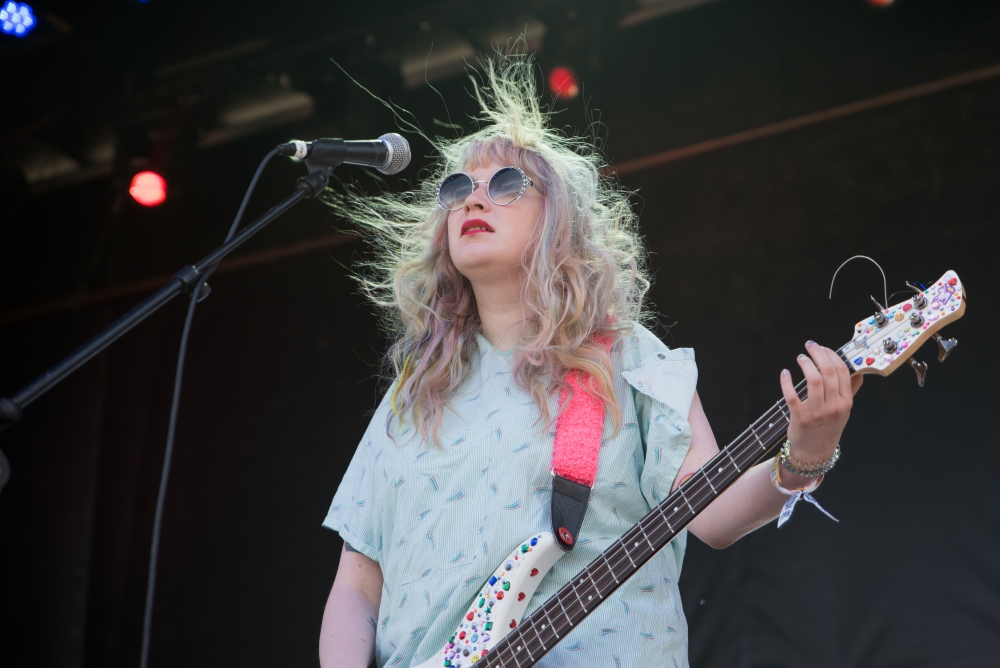 Last year’s festivals were successful, and one may argue that they would be just as successful with or without this diverse group of artists we are asking for. There is no point in arguing in what may or may not happen as there is no way for us to realistically ascertain and compare “what could have been.” While it may not hurt the festivals’ pockets today or tomorrow, it’ll hurt them in the long run. Society has begun to recognize the serious lack of visibility of women in the entertainment industry, and we have vocal women to thank for that. Just as LGBT+ folk have called for more realistic representation (which is still abysmal), women are beginning to do the same. Historical evidence has shown that when groups organize and speak out, that they can spark significant change. It’s as easy as being aware of the problem, and to do something about it.

I was recently thinking about some of the albums that influenced me the most while I was a teen/young adult. It surprised me to realize how many female musicians made that list. Not because I don’t like female musicians – because I do – I just listen to genres that are male dominated, so when I realized that a majority of the albums I cherished the most are by women I was taken aback. Is it so easy for us, even those of us who are conscious of the media we consume, to just accept things the way they are? I watched Hidden Figures (which I cried through the entire time) the day it hit theaters, and the white people in the film justified the indignities the main characters faced (who were black women) because “that’s just the way things are.” It was gut wrenching. It’s a reminder that even nice people who mean well will still participate in injustices simply because that’s just the way it is. Questioning the status quo is our only choice.

Kriston began her writing career as a passionate music fan. She attended dozens of shows, purchased CDs, vinyl and even cassette tapes of artists she barely even heard of. Shortly after joining a band's street team she happened to meet blogger Jacob Tender (now with Alternative Press) who asked her to write for his blog. After a couple of months he joined the staff of Under The Gun Review, and brought her along for the ride. After spending four years as a major contributor to the publication she moved on to be a web content contributor for New Noise Magazine, whose print magazines have a national reach.
Related ItemsBeyonceBumbershootCoachellaFeatureKriston McConnellsasquatchUpstream
← Previous Story Bumbershoot Day 3
Next Story → Fisherman’s Village Fest 2017 Lineup Stuns