By Mike Baltierra on January 23, 2017@baltierraphoto 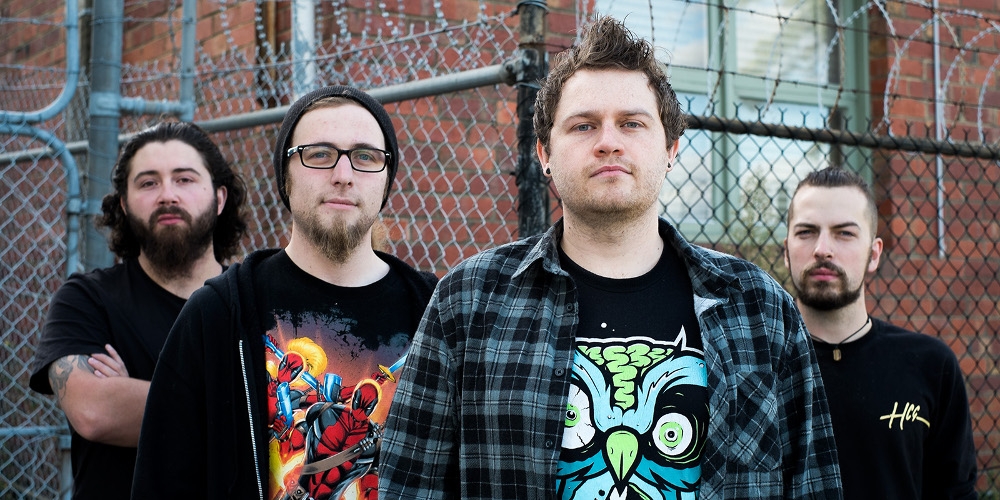 Australian Metalcore quartet Naberus released their second album, The Lost Reveries, through Eclipse Records on December 2, 2016. Though Naberus may not be a household name, this is one album that should be seriously considered for anyone’s record collection.

The famous phrase “Never judge a book by its cover” works well in this instance. Meaning that based on looking at the artwork for the album cover, one may think that The Lost Reveries isn’t chock full of heavy metal goodness, but this album shreds from beginning to end.

Naberus, who is made up of James Ash (vocals, guitar), Dan Ralph (guitar), Jordan Mitchell (bass), and Chris Sheppard (drums), deliver an awesome offering that is full of monster guitar riffs, pounding drums, incredible melodies, and  killer vocals. The Lost Reveries overflows with energy from the opening track “Drones” all the way through to the closing track, “Reveries.” There are a few times along the way where it seems as if some the energy is starting to taper off, only to have Naberus rope the listener back in to the frenzy.

The production on this album is also superb, with a great sounding mix – no overbearing guitar, great bass tone, and exceptional drums. Each instrument is spot on and the vocals and backing harmonies were weighted perfectly full of raw emotion.

If you are a fan of metalcore, melodic death metal and early thrash metal, this album is HIGHLY recommended. Do yourself a favor and get it!