Sonifest 2017 and the burgeoning Everett scene 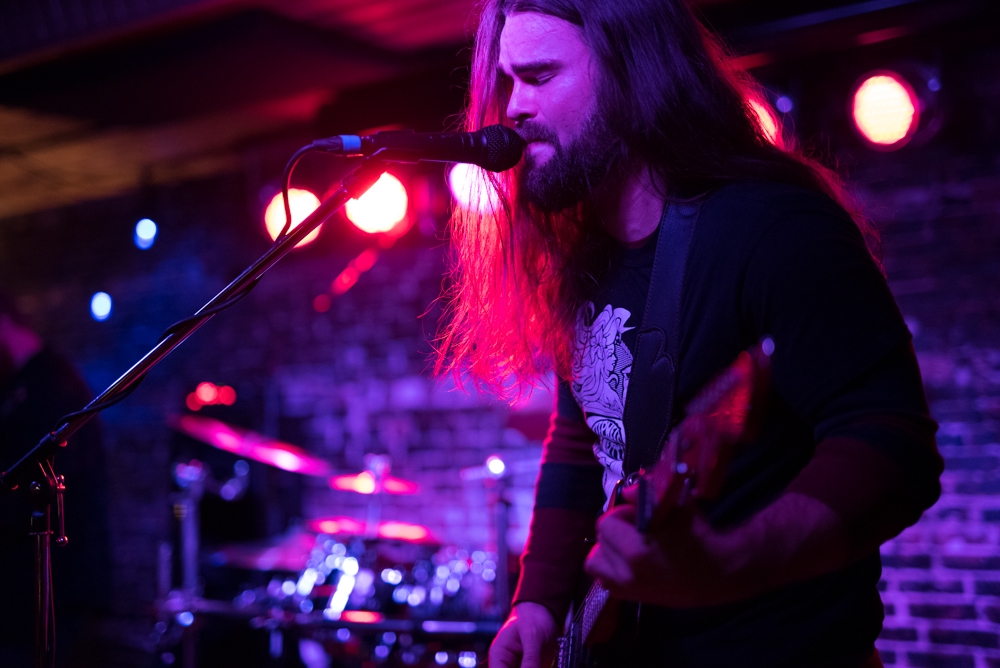 Circling the end of the street in the cold, dark night by the water is not something I normally do, but the struggle for parking was very real. It was as if everyone in town had decided to come out to The Anchor Pub and listen to some of the best the city had to offer. They definitely weren’t disappointed! Wearing his best John Hammond, dinosaur splicing billionaire outfit, Everett’s own Kyle Ledford threw a show that might just go down as one of the key moments of the city’s musical awakening. “Live at The Anchor” brought together a four course medley of talented local favorites from under the Soniphone Records banner and proceeded to rock the night away. What makes this show unique is not just the jam packed venue but also the fact that it was all recorded to be pressed into vinyl. Yup. Soniphone Records plans to transcribe the night’s performance onto a four volume 180 gram 12″ LP! Ledford partnered with The Anchor Pub and local recording engineers Adam Bagley & Simon Nicol to be immortalized in wax.

Starting the night off right was the ever experimental The Moon is Flat. Funky and definitely different, they channel  psychedelic rock and bring it both soft and hard. Kirk Rutherford’s vocals are perfectly paired with the almost unplanned jam band feel; the instruments somehow fit together, yet stand apart. Psychedelic rock is hard to pull off, but these guys do it in spades. Playing to the growing crowd, Rutherford (Guitar/Vocals), Aaron Ljunghammar (Guitar), and Thys Ferwerda(Drums) put their a new bassist through his paces for his first show with the band. Should he decide to stay, The Moon is Flat’s sound will only continue to improve, and then I’ll definitely catch his name.

Taking a step outside to cool off, I noticed the crowd was still growing. A line outside a bar is not the norm in Everett, but this show seemed to have brought in the whole city. Sleepwell Citizen took the stage and proceeded to energize and excite the growing crowd . Kicking things off with a tribute to Kirk Rutherford entitled “Future F*cker,” the trio definitely brought out the hardest and most rocking sound of the night. Tyson Lee (guitar/vocals), Joe Jarvis (drums), and Evan Smith (bass) continue to be a crowd favorite. They went on to play “B.C. Dream Generator” and “Thunderheart,” both off their upcoming sophomore album. It’ll be their first under their new moniker and first with Soniphone Records.

In a show with a hard to define headliner, The Requisite gave the position a run for its money. Falling somewhere along the lines of alternative rock and pop rock that would fit in with the music coming out around the early 2000s, The Requisite played some fun earworms that were galore with surprising technical instrumentals. Maxwell Royce, Luis Aznárez, Sam Sperrazza, and Matt Houghton played originals and a variety of covers for the now packed room.As the band launched into a rendition of Nena’s infectious “99 red balloons,” they unleashed two full trash bags of red balloons into the crowd, prompting a spontaneous 80’s dance party with the crowd joining in on the chorus, at least the 99 red balloons part of it.

Trauma Del Rey finished out the night with their own brand of uniquely structured sound. It was a mixture of highly technical drums and guitar rhythms punctuated on occasion with lyrics seemingly driven by the instruments themselves. Jason Hammond (Guitar/vocals), no relation to the dinosaur splicing billionaire (at least I don’t think), and Van Wolfe (drums) formed a solid duo to close out a very strong night of local music. Their style simply adds to the medley of music that falls under the Soniphone Records banner, which is a real testament to variety of talent you can find in Everett.