By Christine Mitchell on March 1, 2017@Housetornado37 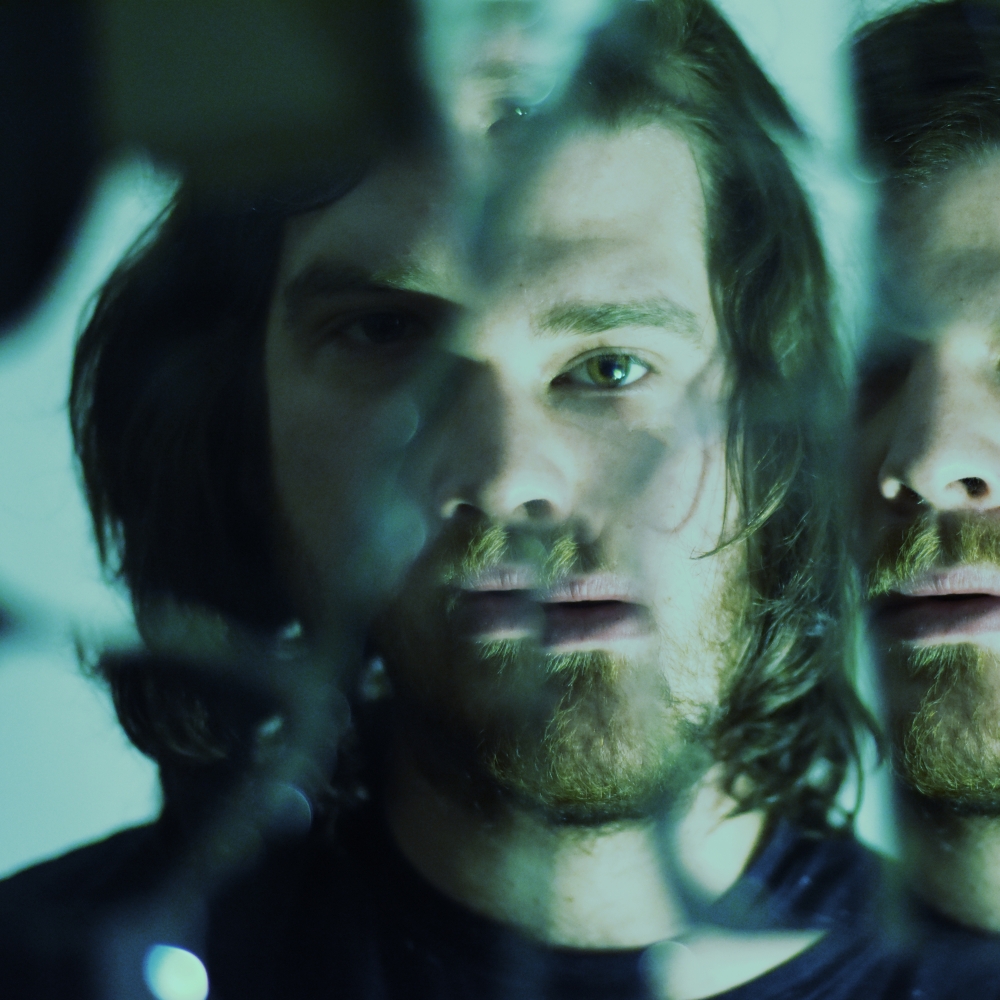 Simon Nicol points a probing, cynical finger at our motivations, wants, and needs on his solo project Leava’s latest release, The Lovely Grind, out March 18th and featuring the lead song “Caffeine & Fashion.” Nicol points that finger at himself, too, and owns it with force as well as humility. Leava is a one man band in the studio; Nicol is the producer for some of the best music coming (and to come) out of Everett, including Crystal Desert and Oliver Elf Army. It’s fascinating to hear how working with these recent projects has informed The Lovely Grind. It’s a glorious, depressing, and exhilarating duo of tunes.

“Caffeine & Fashion” starts off as an atmospheric beauty, all Siouxsie Sioux darkness and downgazing chords. Nicol pulls us out of this relentless spiral to tell us that “it’s comin’ right for ya,” and that “you gotta cheat it, cheat it” before proclaiming “I need to prove that I’m something.” He creates tension; the feeling he describes of impending doom paired with the drive to overtly swagger is something that we can all identify with. As he backs away from his soaring proclamation of a chorus, he murmurs, “it’s just caffeine and fashion,” which adds another layer. Is Nicol decrying the basic bitch? Or is it that we are just afraid to be ourselves and not concern ourselves with that need to “prove” that we have worth? Possibly both.

The instrumentation on this track is multilayered, and the song has several very different sounding chunks. The circular, airy guitar and ambient noise of the intro segues into a herky-jerky verse, which blasts into an emphatic, escalating chorus that abruptly takes a sinister, shadowy turn with insistent, anxious guitar notes.

“Impressive Waste,” the second track on The Lovely Grind, is a sneering, searing critique: of social media, of relationships, of life. The main riff is a minor key triumph, the notes curling downward as Nicol sings “but you don’t owe me…anything…do ya?” (Pete Townshend, eat your heart out). It’s a song that might make you rethink your relationships with Facebook and Instagram.

Leava will be celebrating the release of The Lovely Grind on March 18th at the Central Saloon along with Boots to the Moon, Verlaine, and Campion. It must be noted that, while Leava’s music is filled with dry sarcasm and morose musings, his live show of late has included a healthy dose of humor that is highly entertaining.

We’d like to be the first to share “Caffeine & Fashion” with the world. Take a listen, get glum, and come commiserate and laugh at the Central on March 18th. You can also watch a live performance of the track from Chartreuse Muffin Studio below.

Christine Mitchell has been poring over album liner notes pretty much since she acquired the skill of reading, and figured out the basic structure of rock songs at an early age. Whether it’s the needle popping into the first groove of the record, the beeps that signal the beginning (or end) of a cassette tape, or digital numbers ticking off the seconds from zero, music brings Christine happiness, ponderous thought, opportunities for almost scientific study, and sometimes a few tears. When she started attending live shows two decades ago, a whole new piece of the puzzle clicked in and she has been hooked ever since.
Related ItemsChristine MitchellFeatureLeavaSimon NicolThe Lovely Grind
← Previous Story Interview: John 5
Next Story → Interview: Mike Schleibaum of Darkest Hour