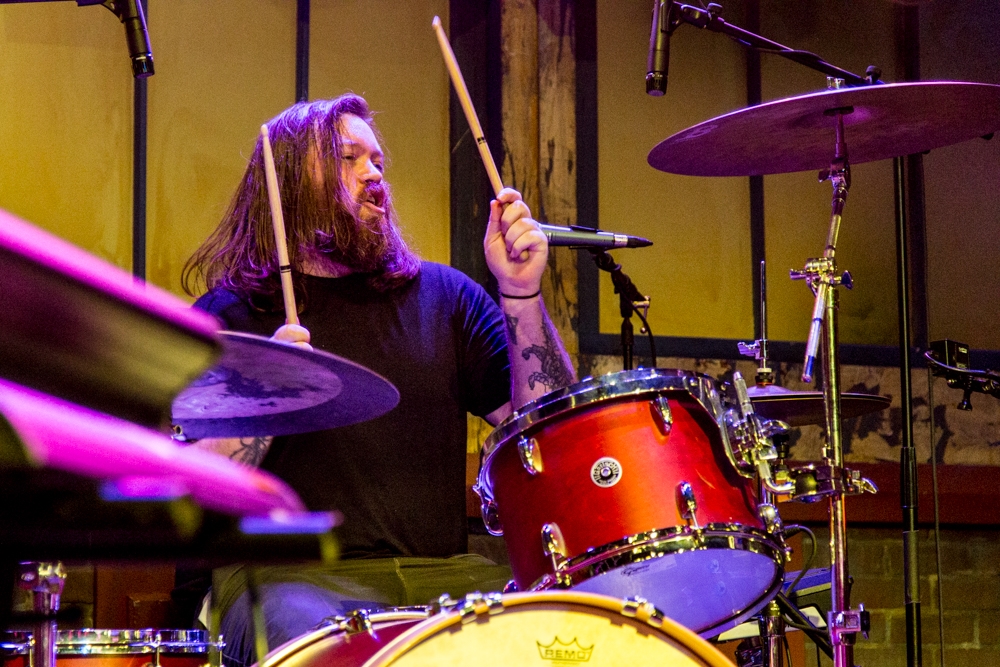 Now in its fourth season, Band in Seattle is on quite a roll. The web and tv series went live with Duke Evers and Snuff Redux, just the latest in a long string of the hottest local bands to play the show. In for quite a treat, the live studio audience filled in the basement of Victory Studios early to catch these two buzz-worthy bands tearing it up.

Snuff Redux took the stage first with their unpretentious power pop. Guitarist/vocalist Skyler Ford dropped a paper plate in front of him, a set list scrawled down its surface. Their sophisticated pop played well to the crowd, sunny tracks bathed in a blanket of static. While they might be described as lo-fi, that certainly didn’t keep the band from rocking out. Tracks shifted from sweetly contemplative to brash and salty, clean, bright guitars echoing Ford’s vocals with wistfully plucked chords. They had the crowd dancing away.

Up next, rock trio Duke Evers kicked it off with “Velvet Hips,” the title track from their 2016 debut full-length release. They showed off their songwriting chops with a solid set and incredible chemistry, the band members playing well off each other. Teenagers danced in the front of the crowd, singing along to some of their best known tracks like “Shake it Down” and “Chelsea.” Vocalist/guitarist Josh Starkel’s preening dance moves certainly didn’t hurt that appeal in the least, but the band’s tracks are irresistibly catchy regardless. They kept the set tight, and banter to a minimum, tearing up each track with concentrated vigor. Hair was tossed, cymbals crashed, and harmonies held aloft.

Catch the full performance for yourself by tuning into Band in Seattle, and get yourself to the next of their one-of-a-kind live performances.