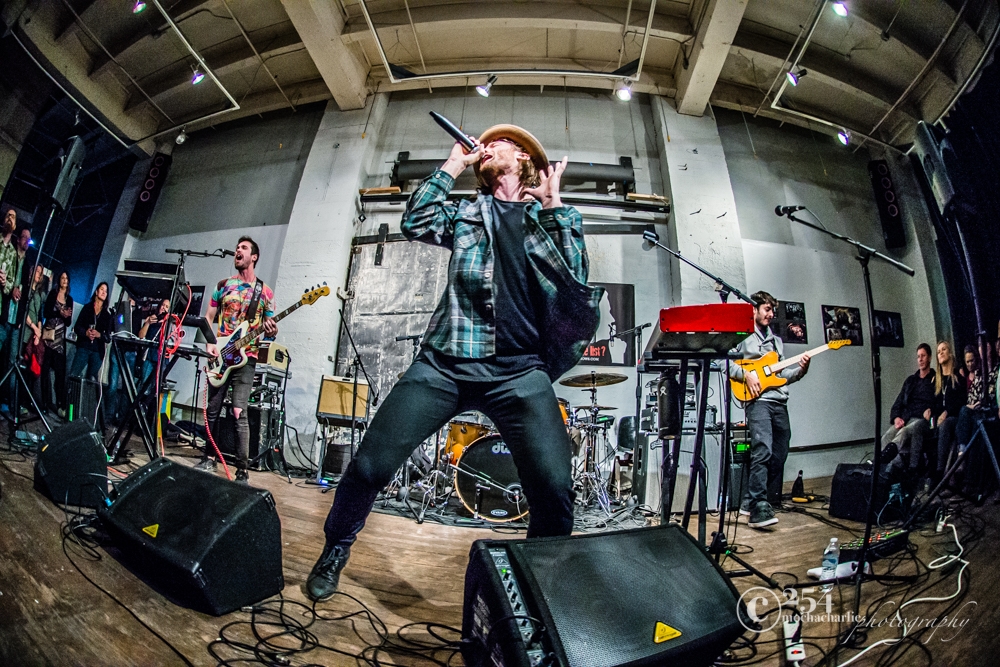 Seattle Living Room Shows consistently produces tremendously uplifting concerts from a wide variety of musicians, both local and national. When they ask, “Are you on the list?,” they are genuinely requesting YOU to not miss out on a unique opportunity to see, hear, and experience music on a whole new level. Last month, two bands from Provo, Utah, VanLadyLove and RKDN, gave fans a highly energetic, fun filled evening.

VanLadyLove (who had just played a SLRS last fall and had such a great time) leapt at an opportunity to play again when a date opened up. Touring with their friends in RKDN (ärˈkādēən), both bands put on highly energetic performances leaving fans clamoring for more. The crowd was hooting & hollering for encores at the end of both sets before the bands even left the stage. Unfortunately at the end of the night, VanLadyLove was only able to play one encore song, (“Boo!”). It was for a good reason, though. They needed to keep a tight schedule, driving through the night to get to the tour’s next show stop, which was the next day in San Francisco. Both bands, although perhaps not on the same night, mentioned they’d continue to add Seattle dates to upcoming tours.

Mocha Charlie is an amazing photographer who has a real passion for music. She has her finger on the Pacific Northwest music pulse. She covers and shoots several shows per month in and around the region. She a brilliant photo journalist but most importantly, she is also a mother who does her best to balance out her life and live it to the fullest. Mocha Charlie uses her passion and talent to support the community, her friends and family any way that she can.
Related Itemsare you on the listart galleryFeatureLive MusicMocha CharliePiranha ShopRKDNSeattle Living Room ShowsSeattle Secret ShowsVanLadyLove
← Previous Story Oliver Elf Army celebrates ‘Telescope’ EP release
Next Story → Whitney Mongé’s Soul Is No Secret