By Kriston McConnell on March 20, 2017@Kristonisms 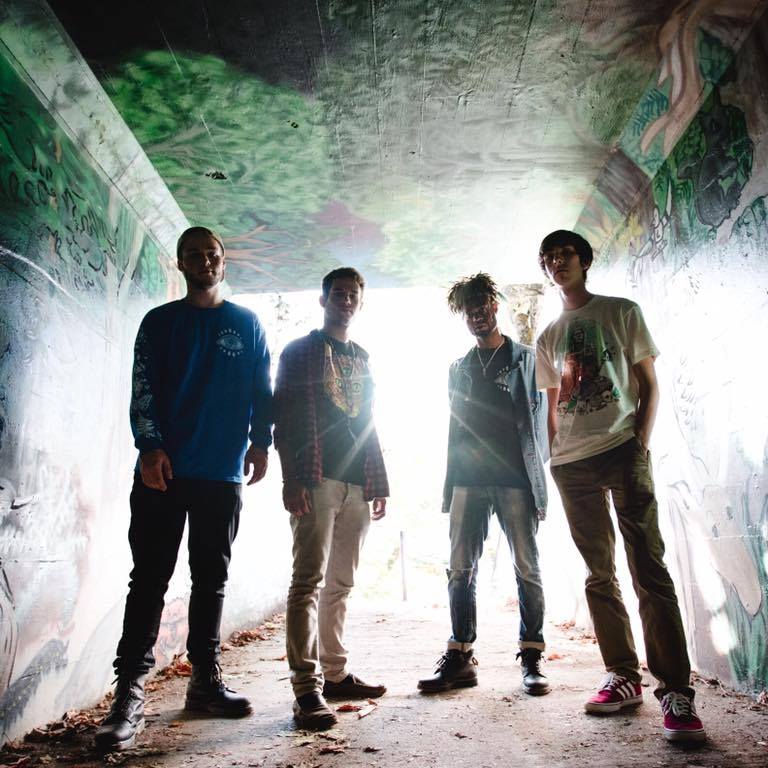 Seattle is known as the home of grunge and rock ’n’ roll. It’s also a well known contributor to the Riot Girrrl movement. With the large number of popular artists within those genres hailing from the Seattle area, it’s easy to forget how rich the local scene is. One emerging act to garner widespread attention is the hip hop outfit known as Cosmos. They are not quite like traditional bands, as they are a collective of individual artists who collaborate with one another to craft each song. Each musician brings a unique perspective and influence to the group, which creates a versatile sound.

Seattle Music Insider that the opportunity to ask the Campana, the singer and lyricist in the group, a few questions about their rise to the spotlight, and on their upcoming mixtape, Moonshine.

In 2016, Cosmos won MoPop’s (EMP at the time) annual Sound Off! competition. This win gave the group not only regional recognition, but an opportunity to perform at large local festivals. Campana confirmed this has had a positive impact on the band’s influence. “Things have really changed since we participated in MoPop Sound Off! last year. It was a really great event that kind of catapulted our brand as a whole. We’ve been able to play at major events in the area such as Bumbershoot, Sasquatch!, Seattle’s Seafair 4th of July and other festivities that have helped our music career.”

As mentioned earlier, Comos is a collective of artists who are collaborate together to create songs for the group. This has an impact on how they craft albums, including their mixtape Moonshine. Campana sheds some light on that process. “Usually one of us produces the instrumentation behind the beat, which then I shape the lyrical content to, and after that is completed, we start ironing out more of the specifics of the song – the production, featured vocalist, and so on. Those songs that we fully construct are then renditioned live and performed as a full band.”

This approach to creating music and a loose genre affiliation helps the band stand out against their peers. Listeners can hear influences of rap, hip hop, jazz and electronica in Cosmos’ work – especially on Moonshine. Campana confirms that this is a reflection of each member’s personal listening habits. The guys in Cosmos are jamming artists like Anderson .Paak, The Internet, Thundercat and Kendrick Lamar. He believes it’s necessary to be a super music fan with a wide variety of tastes in order to be a successful musician. So, even with the members being young in age (Campana is the oldest at 22), they have each been involved in creating music individually for well over a decade. Their experience performing music as individuals, and the group’s organic formation allows them to function almost as a supergroup.

Something many audiences noticed when seeing Cosmos live for the first time was Campana’s rad NASA jumpsuit. It is something he had purchased on eBay and opted to wear it during their live performances – including during the Sound Off! competition last year. When asked if he would continue wearing said jumpsuit in future performances, he happily divulged. “That’s a good question. At first I only had one, but we all just copped some NASA suits, so we have yet to wear them for a full live performance in Seattle. We intend on doing so for our Moonshine Release Party show at Neumos on April 20. It’s gonna be lit!”

Seattle is a very politically active city, so many musicians use their platform to comment on what’s happening within the United States and beyond. Cosmos are no different, and Campana made certain to include some political commentary in his writing that reflects his personal experiences. “There is a lot that has been going on that has directly influenced some of the lyrics.” He continues, “With myself being African-American, I’m affected heavily by a lot of the systematic issues that happen within our society that continuously keep black people at the bottom. I feel that as an artist it’s my responsibility to shed light on those issues through my lyrics.”

He adds that the song titled “Xtra! Xtra!” highlights some of the aforementioned issues, as well as number of other tracks throughout the mixtape.

Cosmos performed SXSW this last week – something that has been a new experience for them as most of their touring has been within Seattle and Washington. The group has plans for additional tour dates outside of the state this year, but there isn’t anything they could confirm with SMI just yet. In the meantime, fans can listen to them live on KEXP on March 25, or they can catch them at their mixtape release show April 20.

This is a group that locals should watch out for. They haven’t been around for long, but they are quickly making their presence known. Any group who can seamlessly blend a multitude of genres together is worthy of anyone’s attention. People who enjoy hip hop with some unique twists should definitely give Cosmos a listen. Their new mixtape, Moonshine, comes out next Tuesday, March 28. In the meantime, fans can check out their new single “To The Moon” on Spotify or SoundCloud.

Kriston began her writing career as a passionate music fan. She attended dozens of shows, purchased CDs, vinyl and even cassette tapes of artists she barely even heard of. Shortly after joining a band's street team she happened to meet blogger Jacob Tender (now with Alternative Press) who asked her to write for his blog. After a couple of months he joined the staff of Under The Gun Review, and brought her along for the ride. After spending four years as a major contributor to the publication she moved on to be a web content contributor for New Noise Magazine, whose print magazines have a national reach.
Related ItemsCosmosFeatureHip-HopKriston McConnellMoonshine
← Previous Story Whitney Mongé’s Soul Is No Secret
Next Story → Ty Segall rocks Neumos for the third night In a row