Home / Community / The Ballroom Thieves: SSS Goes Back To The Living Room

The Ballroom Thieves: SSS Goes Back To The Living Room 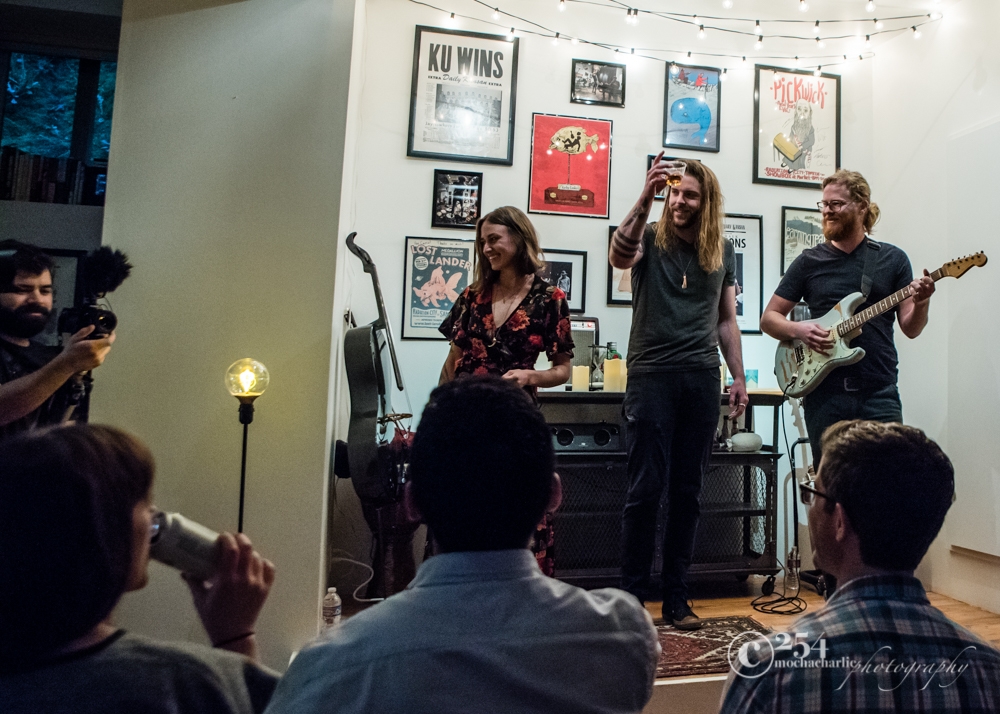 The Ballroom Thieves at SSS (Photo by Mocha Charlie)

It was back to the living room for Seattle Secret Shows over the weekend. The Watt Sisters found a special host to open up their home for a night of unforgettable music. The invite was limited to only 60 lucky ticket holders who were welcomed through the doors to experience a night reminiscent of when Seattle Living Room Shows began producing shows nearly nine years ago; a small crowd, in a small space, ready to see and hear music played in its most raw form… unplugged.

The band they had in mind for their first SSS of 2017 had performed at Doe Bay a few years back and had been on co-founders’ radar ever since. They made sure to keep in touch with the hopes for a return to Seattle that might include a SSS or SLRS show. With a Seattle tour stop looming, the dates aligned for an additional night’s stay, and the band was more than eager to perform an acoustic show for a smaller crowd. The location was a secret until your ticket was purchased, and the band that would play was kept a secret until you arrived. The stage was set, popcorn was popped, and there was a pleasant fireplace being broadcast on a large screen tv setting the mood. Once the crowd had scouted out their spots, the band emerged from the green room (master bedroom in this case), and The Ballroom Thieves took to the stage.

Hailing from Boston, The Ballroom Thieves tours nearly ten months out of the year. They played a full electric show to a nearly sold out show the night before at The Tractor as part of their current tour. Mixing things up, the SSS was an acoustic performance, small scale and low key. This was nothing new for the band; however, it had been more than a year for an all acoustic set performance in a room similar to the one for SSS.

In the living room, the band was in rare form and played a good portion of their catalogue including songs off their recent EP, Deadeye (Oct ’16). All three musicians, Martin Earley, Devin Mauch, and Calin Peters took the lead at optimal parts of select songs and came together in a well rounded harmonic performance when the songs called for it. They laughed, told stories, and interacted with the crowd. You could hear a pin drop as the three performed, and it was spectacular. The energy around the room was that of pure enjoyment, and the band absolutely deserved the standing ovation at the end of the night. They had sold out of most of their tour merchandise before the show, (including a specially designed T-Shirt with proceeds benefitting Planned Parenthood), but encouraged those who missed out on purchasing to visit their online store.

Mocha Charlie is an amazing photographer who has a real passion for music. She covers and shoots several shows per month in and around the region. She a brilliant photo journalist but most importantly, she is also a mother who does her best to balance out her life and live it to the fullest. Mocha Charlie uses her passion and talent to support the community, her friends and family any way that she can.
Related ItemsBoston BandsFeatureMocha CharlieMusicSeattle Living Room ShowsSeattle Secret ShowsThe Ballroom Thieves
← Previous Story #WeRideWhy benefit with The Gods Themselves
Next Story → SLRS Celebrates 9 Years with TFDI