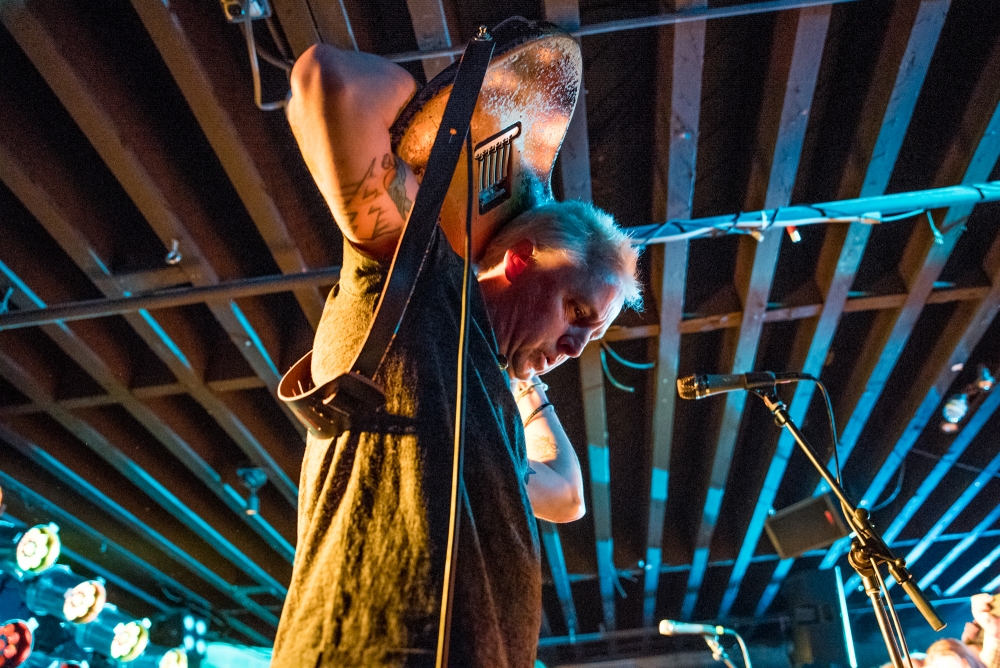 The inaugural Upstream Music Festival and Summit took place last Thursday, Friday, and Saturday in and around Pioneer Square. There was far too much going on to fit into one article, so we at Seattle Music Insider will be running a separate photo gallery for each day. Day Three’s article will include a general overview and thoughts about the weekend.

Thursday’s summit portion featured keynote speaker Quincy Jones, who is local to the area and has been a huge influencer in the music scene for decades (he produced Michael Jackson’s Thriller). After a few hours of summit sessions and panels, it was time for the music to get started, with Sundries taking on The Central Saloon. Thursday’s lineup featured everything from jazzy sounds (Industrial Revelation), cool hip hop (Porter Ray), straight ahead rock (Thunderpussy, Hobosexual), and music that was flat out weird, yet fun (The Fabulous Downey Brothers). A couple of bands, Tea Cozies and Maszer, gave their final performances. The area wasn’t packed in the general sense, but certain stages, like the HockeyTalkter stage at The Comedy Underground, had lines around the block nonetheless. All in all it was a great kickoff.

Below is a photo gallery from Day One of Upstream. Be sure to return to see more photos from Day Two, and the final analysis with Day Three’s gallery.

Christine Mitchell has been poring over album liner notes pretty much since she acquired the skill of reading, and figured out the basic structure of rock songs at an early age. Whether it’s the needle popping into the first groove of the record, the beeps that signal the beginning (or end) of a cassette tape, or digital numbers ticking off the seconds from zero, music brings Christine happiness, ponderous thought, opportunities for almost scientific study, and sometimes a few tears. When she started attending live shows two decades ago, a whole new piece of the puzzle clicked in and she has been hooked ever since.
Related ItemsAbby WilliamsonBirch Pereiera and The Gin JointsBoots to the Moonbread & butterBrite LinesChristine MitchellColorworksDead RichDex AmoraEmma Lee ToyotaFauna ShadeFeatureFKLFurniture GirlsHe Whose Ox Is GoredHelvetiaHobosexualHockeyTalkterIndustrial Revelationjenn championJeremy EnigkLisa PrankLonely Mountain LoversMaszerMike McCready and FriendsMocha CharlieMotoponyOrbitronPassenger String QuartetPorter Raystar annaSundriesTea CoziesThe Central SaloonThe Comedy UndergroundThe Fabulous Downey BrothersThe HasslersThe Warden GThunderpussyUpstream Music FestivalZahara
← Previous Story Testament levels the Showbox
Next Story → PHOTOS: Upstream Day Two