The truncation of Crystal Desert

By Christine Mitchell on June 5, 2017@Housetornado37 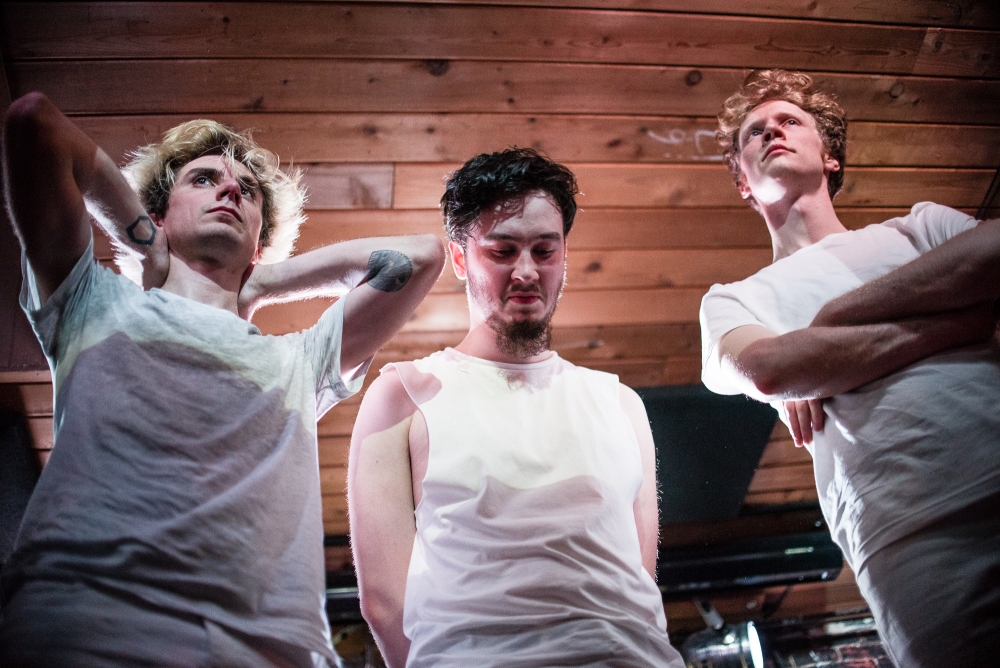 What makes a legend? If a tree fell in the forest and there were a hundred people to witness it, would you believe them if they told you it was a mighty sequoia? And what if you didn’t believe those people. Would their perception matter?

A mighty giant fell in Everett at The Anchor Pub this past weekend.

And honestly, this one hurts too much to stay hidden behind the convention of third person, to stay out of it, as they say. I was witness to the rise of Crystal Desert, as were a few lucky others. Their trajectory was that of a signal flare, but one with an abrupt, unexpected end: those of us who saw it hanging in the sky marveled at its beauty and searing fire…and then, suddenly, it was gone.

Others outside of town were beginning to take notice. I know for a fact that Crystal Desert was on the short list for the next season of Band In Seattle. That they were selected to be one of NadaMucho’s #41for2017 bands to watch. I wrote the paragraph that would have been published with 40 other bands’ blurbs. It went like this:

Crystal Desert’s songs inhabit a blasted, caustic planet, and the band traverses its every crag and canyon with spittle-flecked tenacity and dogged abandon. BLACK SUMMER, their most recent release, is a masterful post-post-punk work full of careening guitar anchored by Christian Smith’s tentacled bass lines. Meanwhile, Joshua Ihler pummels away, lodging the whole thing deep into your brain. Ryan Alexander unreels stringy stories of dreams that are always nightmares, children on psychedelics, and hoarding all of it, this wasteland of their own creation while blaming you, thanks so much. Live, every torqued ankle and twisted wrist, every wetly sparkling eyeball is integral to the performance.

Maybe Crystal Desert was only meant for Everett. Maybe we should view it as a gift, delivered as intended, perfect in its intention and execution. Maybe what comes next will be even better. Right now, it’s too hard look ahead. Right now, I’m too busy preserving sublime moments in my memory, piling them up one after the other. As all of us who were there should. Because we know what we saw.

A review of Crystal Desert’s final show is on its way. Here is selection of photographs from that performance to tide you over until the review is published.

Christine Mitchell has been poring over album liner notes pretty much since she acquired the skill of reading, and figured out the basic structure of rock songs at an early age. Whether it’s the needle popping into the first groove of the record, the beeps that signal the beginning (or end) of a cassette tape, or digital numbers ticking off the seconds from zero, music brings Christine happiness, ponderous thought, opportunities for almost scientific study, and sometimes a few tears. When she started attending live shows two decades ago, a whole new piece of the puzzle clicked in and she has been hooked ever since.
Related ItemsActionesseChristine MitchellCrystal DesertFeatureOliver Elf ArmySleepover ClubThe Anchor Pub
← Previous Story An Interview with Frank Bello of Anthrax
Next Story → An Interview with Doll Skin