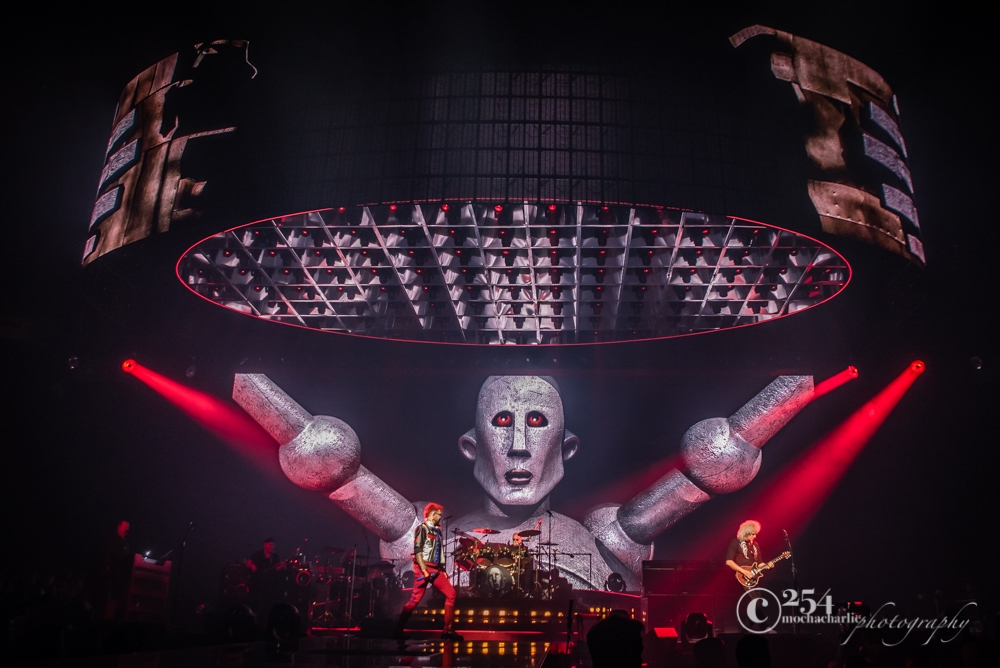 Freddy Mercury may have been gone for over two decades, but Queen‘s music has remained relevant due to its enormous fan base, both those who have been there from the beginning and a new generation of music lovers, who have found their music through a variety of media platforms across the world. Fans have either embraced the thought that the band continues to play and tour with their music without Mercury at the helm, or they simply can’t bear it.

For those that anticipated that the music would live on, Queen emerged through the tragic loss collaborating with Adam Lambert,who they found to fill the lead vocal shoes back in 2012. This has sparked multiple tour dates around the world ever since, and in 2017 they are taking to the stage for over fifty stops both here and abroad. They are playing to huge crowds, and performing all the hits that fans crave. Lambert provides a vocal range that does give life to the music and his performance is worthy of the large stage production that the band can rock on. Original members Brian May (lead guitar)and Roger Taylor (drums) received resounding cheers and applause for their performances, while multiple other musicians filled in the gaps. Lambert belted out lyrics with astounding force, along to encouragement from fans young and old alike, and, as promised, they all will rock you. They rocked a near sold out crowd over the weekend at KeyArena.

Mocha Charlie is an amazing photographer who has a real passion for music. She covers and shoots several shows per month in and around the region. She a brilliant photo journalist but most importantly, she is also a mother who does her best to balance out her life and live it to the fullest. Mocha Charlie uses her passion and talent to support the community, her friends and family any way that she can.
Related ItemsAdam LambertFeatureheather fitzpatrickKey ArenaMocha CharlieMusic venueQueenRock MusicSeattleWe Weill Rock You
← Previous Story Pain In The Grass 2017 Heats Things Up
Next Story → Double Devotion From Deftones and Rise Against