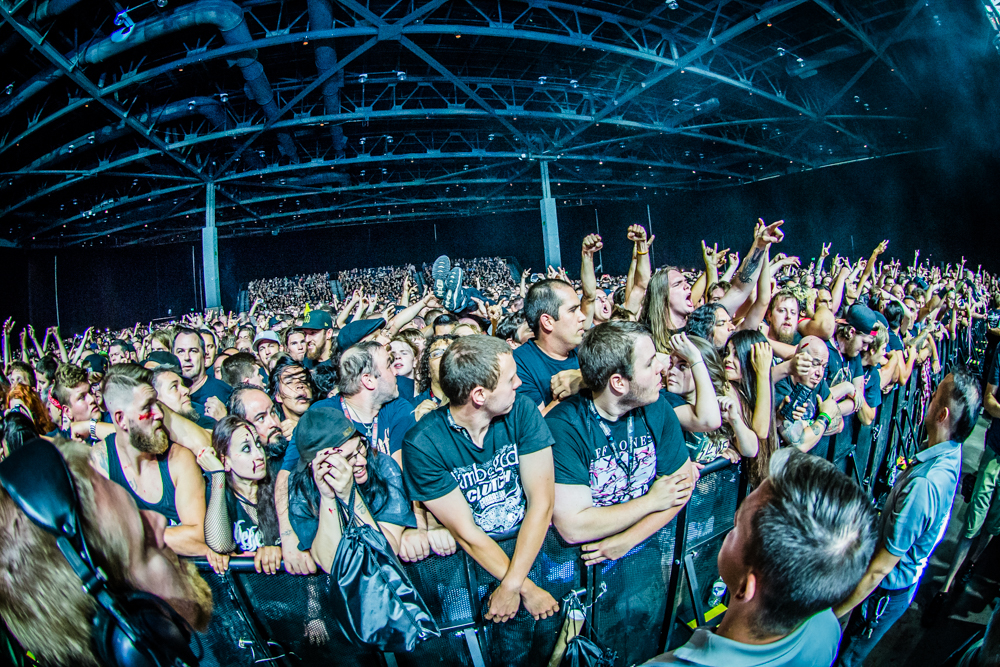 There was so much energy from both the stage and the crowd that it seemed as though there was a battle for which band would captivate the largest amount of concert goers last weekend over at WAMU Theater. Winners? Losers? Do you count those who lost their shoes from flying high over the crowd as they surfed their way toward the front? Whichever way you look at it, the performances of Behemoth, Lamb of God, and Slayer all won the night, which included a bit of stage blood, high jumps from lead vocalists, and criss-cross flame action.

Mocha Charlie is an amazing photographer who has a real passion for music. She has her finger on the Pacific Northwest music pulse. She covers and shoots several shows per month in and around the region. She a brilliant photo journalist but most importantly, she is also a mother who does her best to balance out her life and live it to the fullest. Mocha Charlie uses her passion and talent to support the community, her friends and family any way that she can.
Related ItemsBehemothFeatureLamb of GodMocha CharlieMusic PhotographySlayerWAMU
← Previous Story Metallica, Avenged Sevenfold & Gojira ROCK HARD @ Century Link
Next Story → Young The Giant’s Psychedelic Singalong