By Kriston McConnell on September 4, 2017@Kristonisms 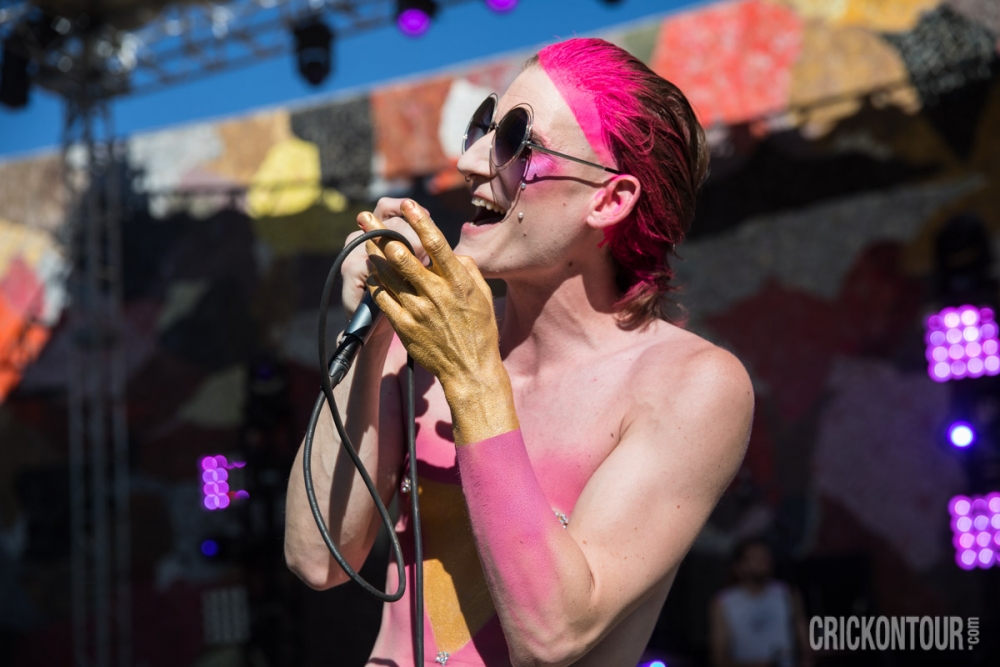 The first day was once again on a Friday, which meant that crowds were a bit sparse – especially in the early afternoon while people were still at work. With things starting off a bit slow, and the temperature hovering in the low 80s, many people sought respite from the heat by hanging out in the air-conditioned Armory. The weather was shaping up to be nicer than last year, so hopefully that will draw some larger crowds on Saturday and Sunday.

Bumbershoot has always included local artists in its lineup, and this year was no exception. There was no shortage of PNW bands on various stages throughout the entire weekend. This is one aspect of Bumbershoot that locals enjoy, and will hopefully be a continued practice for years to come. For example, the local dream rock outfit known as The Spider Ferns were one of the first bands to perform for the day and launched the first performance of the weekend in KEXP’s tucked away stage.

Subjectively speaking, the best overall day for quality bands was Friday, September 1. There were so many talented musicians performing that it was impossible to sit and watch entire sets. Some highlights of the day (aside from the headliners) were J GRGRY, PVRIS, Dude York, Foster The People, Big Sean, Chicano Batman, Broods and Watsky. PVRIS, the female-fronted alternative rock outfit from Massachusetts, and Watsky, the San Francisco-based rapper, put on particularly energetic performances. Big Sean put on one hell of a show and was one of the best performances of the entire day.

Earlier this year, SMI published an article criticizing Bumbershoot and other festivals for having a disturbing lack of female headliners. This year was marginally better, though it should be noted that not a single woman of color was scheduled to close out any of the stages (for the whole weekend), which is greatly disappointing. Seattle Music Insider will continue to push for inclusion in all of the festivals it covers.

This year’s festival boasted a greater number of heavy hitters than last year. The beefed up lineup suggests the festival was pushing for a larger attendance than last year, which would be difficult considering Macklemore & Ryan Lewis weren’t headlining again this year. With artists like Lorde, Big Sean, Flo Rida, Solange, Die Antwoord, Odesza and Flume, Bumbershoot appears to be banking on mass appeal to draw in those large crowds.

Due to the set times it was impossible to fully enjoy all three of the final headliners of the night (Die Antwoord, Flume and Flo Rida), so attendees had to choose what sort of music experience they wanted to conclude their evening with. The lines for Key Arena were so long and painstakingly slow it would not be worth the wait unless a concertgoer really wanted to see the artist performing there.

Flo Rida was the event of the night. He performed every major hit anyone could ask for, including “Hot Damn This Is My Jam,” “Low,” “Cake” and many, many more.

Multiple times during his set he and his crew popped some champagne bottles and sprayed them into the crowd before taking a swig. Being the suave man that he is, he also brought a bouquet of roses up on stage and then tossed individual roses into the crowd of screaming women. Shortly after tossing the roses into the crowd, Flo Rida invited about two dozen women from the audience to hop on stage with him and dance along to his hit song “Low.” It was a spectacle to behold. During the performance he took off his gold chain necklace and put it around one woman’s neck.

To end his set, and to the audible delight of many fans in the crowd, Flo Rida took off his shirt to sing the closing song of the night, “My House.” It was an appropriate end to what was a fun, energetic performance.

Overall, day one was a roaring success. There were little to no noticeable technical issues, and there was plenty to see and do. We can only hope for the rest of the weekend to be just as memorable.

Get a taste of the view through SMI contributor Alex Crick’s lens in our Friday gallery:

Kriston began her writing career as a passionate music fan. She attended dozens of shows, purchased CDs, vinyl and even cassette tapes of artists she barely even heard of. Shortly after joining a band's street team she happened to meet blogger Jacob Tender (now with Alternative Press) who asked her to write for his blog. After a couple of months he joined the staff of Under The Gun Review, and brought her along for the ride. After spending four years as a major contributor to the publication she moved on to be a web content contributor for New Noise Magazine, whose print magazines have a national reach.
Related ItemsAlex CrickBig SeanBroodsBumbershootChicano BatmanDude YorkFeatureFlo RidaFlumeFoster The PeopleJ GRGRYKriston McConnellPvrisThe Spider Fernswatsky
← Previous Story Bobaflex to bring their Eloquent Demons Tour to Studio Seven
Next Story → Bumbershoot Day 2 Recap