Thundercat: Drunk and Disorderly at The Showbox 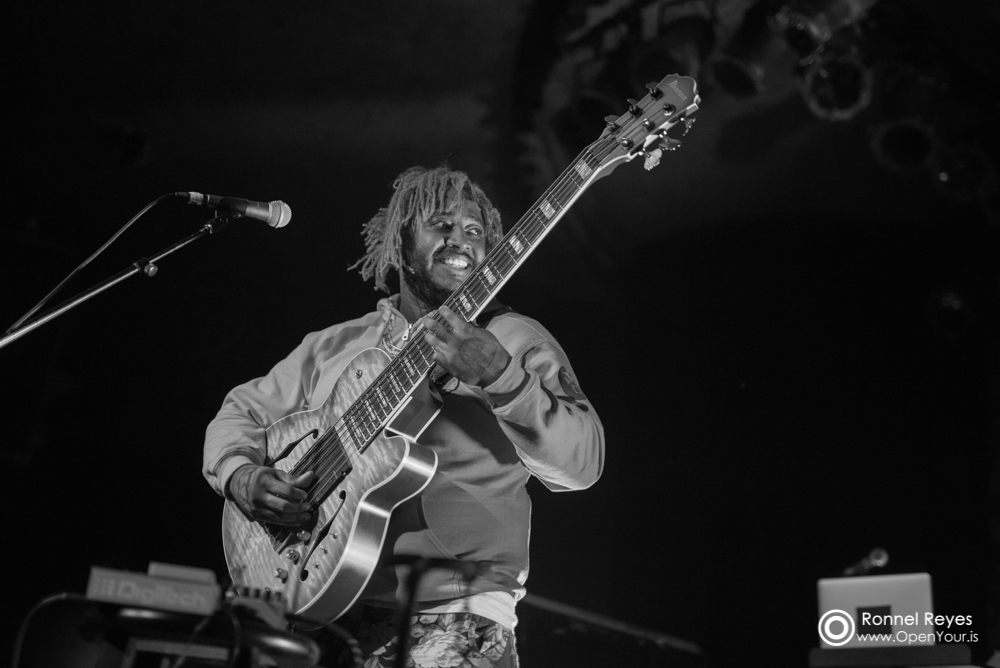 Last Thursday brought a night of raucous jazz jams to The Showbox in Seattle courtesy of  Thundercat.

PBDY, pronounced pea-body, opened the night with a DJ set which failed to entice the crowd. Although he had an energetic stage presence, PBDY’s mix of rap and hip hop along with some electronic tracks couldn’t get much of the audience moving. All in all they seemed more interested in finishing their conversations before Thundercat took the stage.

Stephen Bruner, AKA Thundercat, was a sight to behold. Sporting a floral pajama pants, a vibrant orange hoodie reminiscent of Goku’s trademark Gi with matching red-orange dreads, he seemed ready to go to bed rather than to play a show. This is all part of his charm. Thundercat puts his genuinely warm and nerdy personality right out on there for the world to enjoy. The band took the stage, Thundercat donned his massive 6 string Artcore Ibanez, and launched into what could simply be described as an extended jazz funk jam session with his songs peppered in for flavor.

Thundercat and company never play the same show twice, how could they? The improvisational nature of their performance is an indication of each member’s skill. Stemming from their joint jazz, funk and electronic backgrounds they take their songs and evolve them right there on stage, not only to the delight of the audience but as a challenge to each other. Bruner gets lost within his own rhythms. Eyes closed, he plays intricately beautiful sounds that don’t even seem possible for a bass to create.

When they did play staple tracks from Thundercat’s repertoire, Bruner brought in the audience to join him. Having an entire room meow along to “A Fan’s Mail (Tron Song Suite II)” is a sight and sound to behold. Loyal fans knew every word to major hits, singing along to “Tokyo” and “Friendzone.” Thundercat played a majority of songs from Drunk, his latest studio album, as well as well known favorites from Apocalypse such as “Heartbreaks + Setbacks” and “Tron Song.” Three minute songs become extended jams which bled into thunderous solos from each member, and it became nearly impossible to distinguish individual songs. Better to close your eyes and let Bruner’s voice and rhythm lull you into the abyss of musical release.

Drunk is Bruner’s relatable ode to debauchery as well as his lamentations on alcoholism and isolation. “Them Changes,” arguably the most infectious song on the album is a combination of loneliness and, oddly, a captivating bass line. It shouldn’t really work, but Bruner’s haunting voice ties the melody together. His songwriting fluctuates between deep, dark and lonely to irreverent stories from his life and everything in between.

“Captain Stupido” opened up his encore set as a poignant reminder not to leave your wallets in the club and to deal with that hangover. Finally, Thundercat closed out the night with an extended variant of “Oh Sheit It’s X,” a funk party song in which everyone let loose, danced and sang along. Thundercat is a must see live act due simply to the fact that it will be completely unique every time.