Rancid and Dropkick Murphys band together

By Alex Crick on September 18, 2017@crickontour 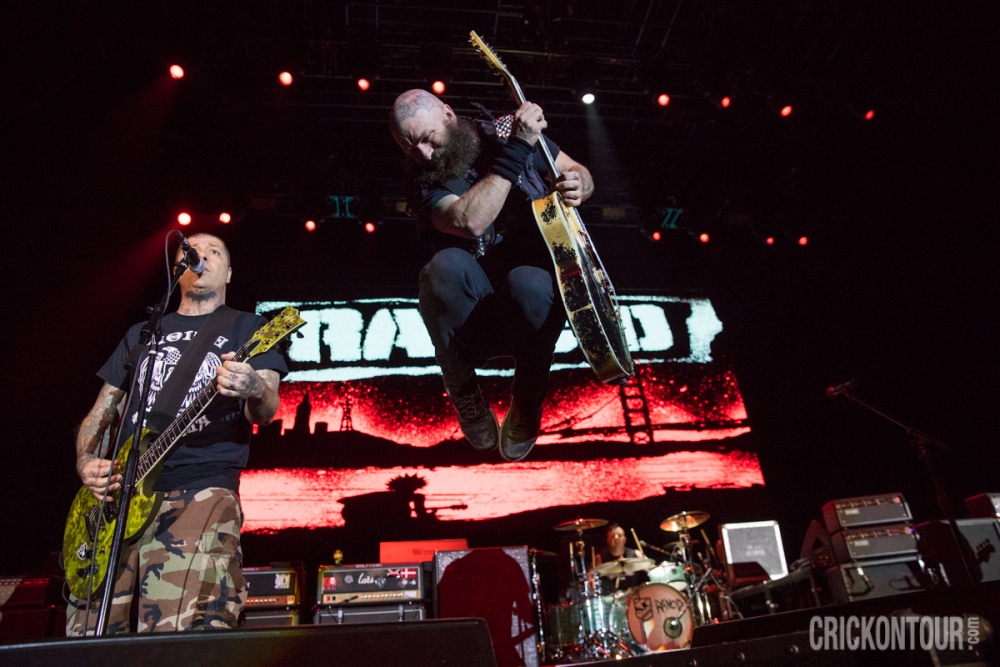 It was a warm summer night in Seattle, perfect for attending a sold-out performance by legendary punk rockers Rancid at WaMu Theater.

Opening the evening were two-tone ska band The Selecter, led by dynamic lead singer Pauline Black. As the band played their traditional ska sound good vibes were abound as the crowd danced along. The group’s uptempo sound livened up the WaMu Theater, and before you knew it, they were done.

After a quick set change, haunting Irish folk songs began to play, causing the whole room to erupt in a loud cheer. Moments later, members of the Celtic punk rock band Dropkick Murphys took the stage. The band started off with a flute solo, which rapidly evolved into a high energy sing along as the band played “The Lonesome Boatman.” The crowd gleefully chanted along, transforming the feel of the venue from a rock concert and more of a rowdy soccer game. The sing along continued as the band played “The Boys Are Back,” and the entire venue chanted out all the words in unison. Meanwhile, a huge punk circle broke out on the floor, with people thrashimg about in the center of the room. Energetic lead singer Al Barr repeatedly ran across the entire stage, with occasional forays into the pit separating the stage from the audience. It was a high energy show for sure. As if knowing all the words wasn’t enough, the crowd erupted into repeated chants of “Let’s Go Murphys!” between the songs. It all led up to the sing-a-long finale of “Until the Next Time.”

What was already an intense show got even more so when headliners Rancid took the stage. As they launched into “Radio,” the crowd burst into cheers and the punk rock circle pit started again. The members of Rancid have been playing together for almost three decades. The members were super comfortable with each other; the bassist and dual guitarists ran past each other to rush around the stage, with lead singer Tim Armstrong and second guitarist Lars Frederiksen even taking giant leaps off the monitors. Tim Armstrong also ventured out onto the strategically placed box at the base of the stage to pull off elaborate guitar solos in front of the crowd. Local town Olympia got a shout out when the band played “Olympia, WA.” The set ended with an high energy performance of “Ruby Soho.”

The band left the stage only to return to massive cheers, especially since they brought along their tour mates Dropkick Murphys to join them in their four song encore. The bands performed several cover songs by Ramones and Johnny Cash. The show ended with an epic sing-a-long to “Take Em All” by Cock Sparrer. It was a high intensity show with a equally intense finish that left everyone reeling from the experience they had been a part of.

Alex Crick is a Seattle based freelance photographer specializing in music photography. His interest in photography began as a school project in the early-90′s, when he also attended many live music shows. Eventually, he combined these two interests by conveying the power and excitement of live music through the eye of the camera. Over the years, he’s traveled all over the country photographing live musical acts. You can find samples of his work in SPIN, Billboard, Esquire. View his work here
Related ItemsAlex CrickDropkick MurphysFeatureRancidThe SelecterWaMu Theater
← Previous Story Frank Turner and the Sleeping Souls at the Paramount Theater
Next Story → Eloquent Demons by Bobaflex is a Scorcher