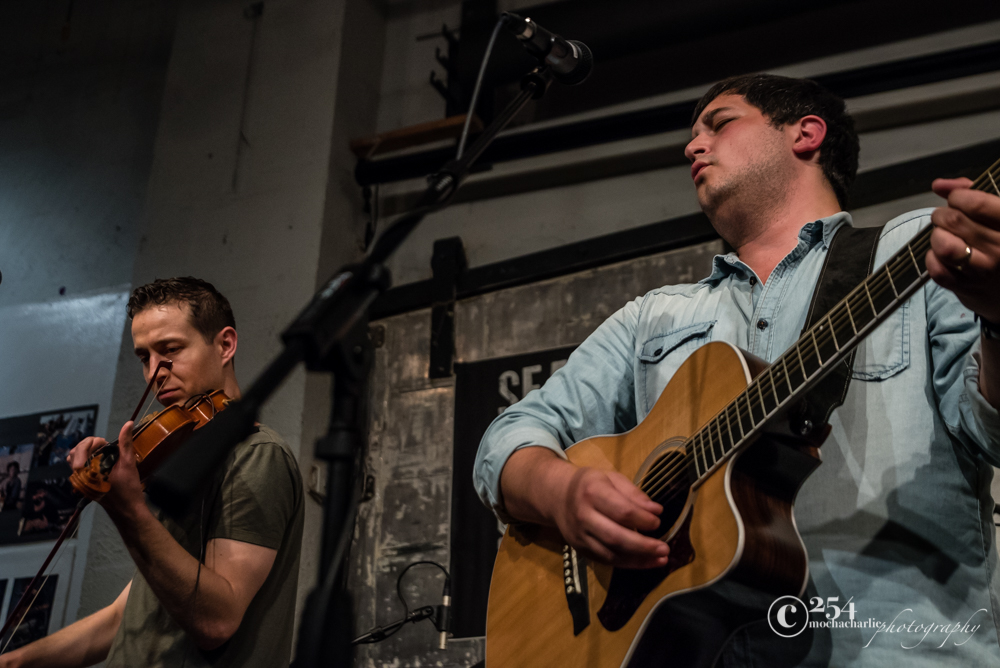 Nick Foster is no stranger to the local Seattle music scene. He’s been seen playing solo or with his band, or even backing up other musicians and bands on numerous stages and events in and around Puget Sound for almost a decade. SMI is pleased to premiere “A Time Never To Come,” a single off of his upcoming solo EP Fireside. The video features violinist Jonathan Berry and was filmed live in one take at Pinehill Studios.

According to Foster, “The EP is a bunch of material from in between the last record and our next full band record (due spring ’18). It’s a slice of all the songs and life that happened in that transitional period; songs we all sing around the fireside and that’s the only place they’ve lived. We wanted to capture some of that for posterity.” It’s both a personal and public affection for escaping the daily grind. “It’s intimate, and there’s something special about that. The right song for the right time late at night, that can get lost in the speed and noise of daily life.”

Fireside will make its debut this Friday (10/20) over at Conor Byrne Pub in Ballard, and Foster will share the stage that evening with Bart Budwig & Kara Hesse (tickets).

Mocha Charlie is an amazing photographer who has a real passion for music. She covers and shoots several shows per month in and around the region. She a brilliant photo journalist but most importantly, she is also a mother who does her best to balance out her life and live it to the fullest. Mocha Charlie uses her passion and talent to support the community, her friends and family any way that she can.
Related ItemsA Time Never To ComeConor ByrneFeatureNick FosterPinehill StudiosVideo Premier
← Previous Story The Bold Heart Of Bleachers
Next Story → DOPE Chills Out & Rocks Hard At El Corazon