By Mike Baltierra on October 27, 2017@baltierraphoto 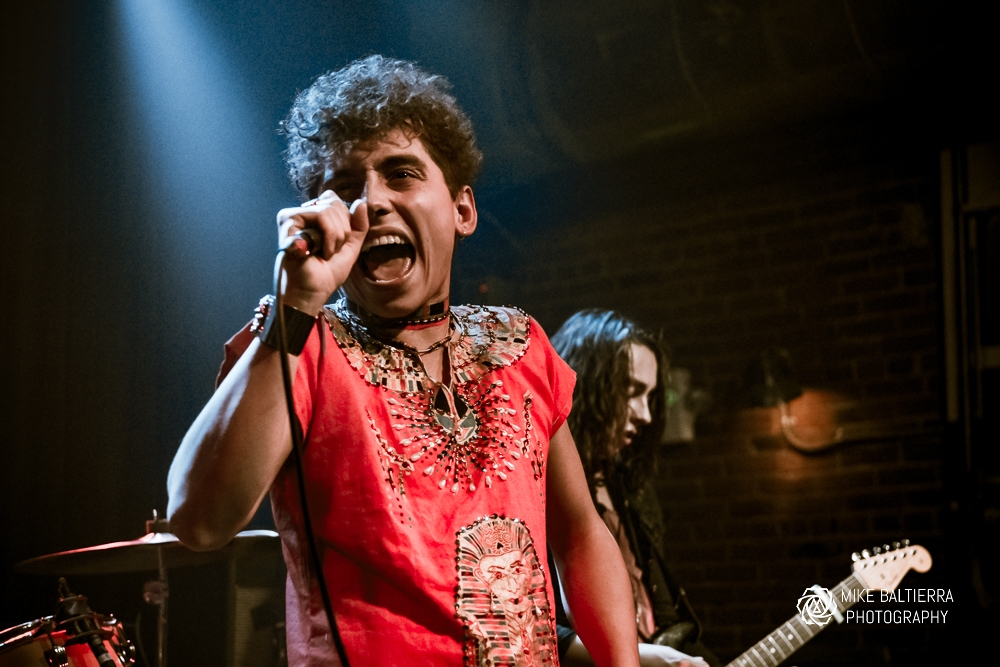 It was gorgeous autumn evening in Seattle, and the line was already down the street with people patiently waiting for the doors to open at the Tractor Tavern in Seattle. People had lined up to try and get a good spot for the evening’s sold out show with Greta Van Fleet. Many folks were excited to see this young band who are bringing excitement back to rock and roll. Someone in line made a comment that “what was old is new again,” speaking of the bands bluesy rock sound.

Greta Van Fleet are in the middle of their first headlining tour. People might be scratching their heads thinking “how can they headline? They only have a four song EP!” Well, that is a good point, but the band has enough unreleased material to easily play a ninety minute set. If there was any doubt as to whether they can entertain a capacity crowd with new or unknown material, it was squashed early in their set.

Brothers Josh Kiszka (vocals), Sam Kiszka (bass / organ), and Jake Kiszka (guitar) along with Danny Wagner (drums) seemingly came out of nowhere and have been on a meteoric rise since the release of their debut EP Black Smoke Rising and its video single “Highway Tune.”

The band wasted no time as they hit the stage and opened with “Talk on the Street” and then “Black Smoke Rising,” which got the entire crowd singing. Josh Kiszka didn’t speak much in between songs, opting to let the music do the talking for him as they ripped through new material. “Edge of Darkness,” “When the Cold Wind Blows,” and “Watching Over” were played, and the band closed their set by performing “Highway Tune” and “Safari Song” off of their EP for an encore.

Openers The Glorious Sons from Kingston, Ontario were a perfect fit in the direct support slot and the band was absolutely incredible. The band was chock full of energy and their set was awesome. Focusing on their latest full length, Young Beauties and Fools, the band won over the crowd. Hopefully they will be back soon headlining their own show.

Getting the night started were the rocking trio SIMO who as based out of Nashville, TN.  With their brand of psychedelic soul, the band ripped through a stellar thirty minute set that was a great compliment to the evening’s line up.