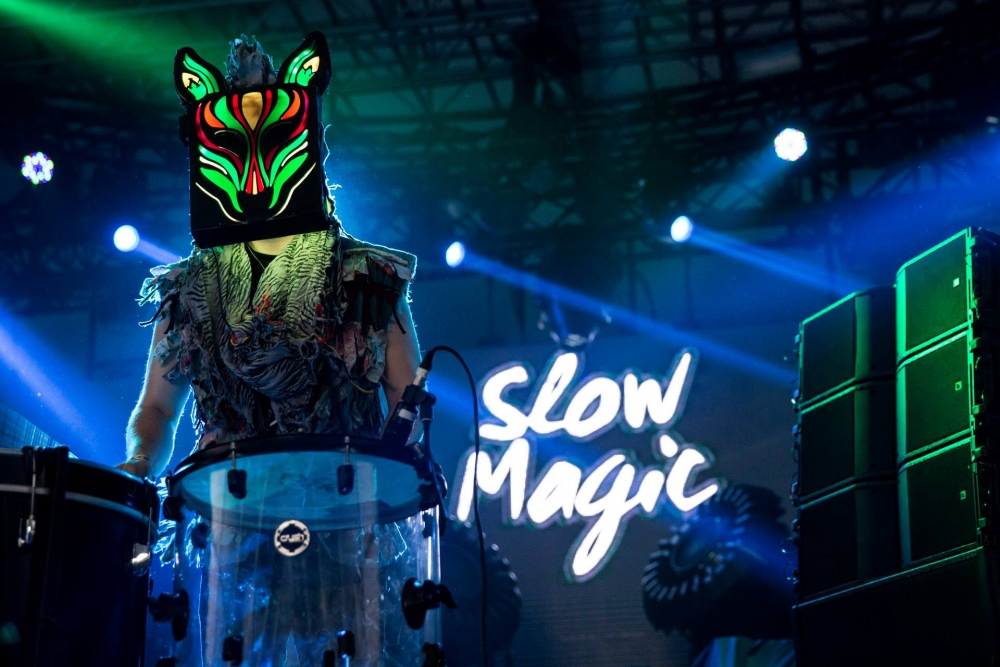 Electronic dance music fans, take note! The mysteriously masked producer known as Slow Magic will be returning to  The Showbox in Seattle this Friday, December 1st!

You may have caught the friendly masked artist as he supported acts such as Gold Panda or XXYYXX starting in 2012. Since then, he’s released three albums, including this fall’s Float on Downtown/ Interscope Records, which has been revered for its transcendental beauty. His live shows have earned a reputation as magical events, with the masked artist (who is part-creature, part-imaginary friend, part-party starter) dancing and live drumming, sometimes wandering into the enthusiastic crowd, and always oozing with gratitude for his fans as he communicates via his characteristic hand heart gesture.

Japanese producer Qrion will open the set with a fresh set of the sensitive, beautiful dance music she’s become known for since her 2014 track “Every Square Inch” with Ryan Hemsworth catapulted the Sapporo-born, San Francisco-based artist onto the international scene.