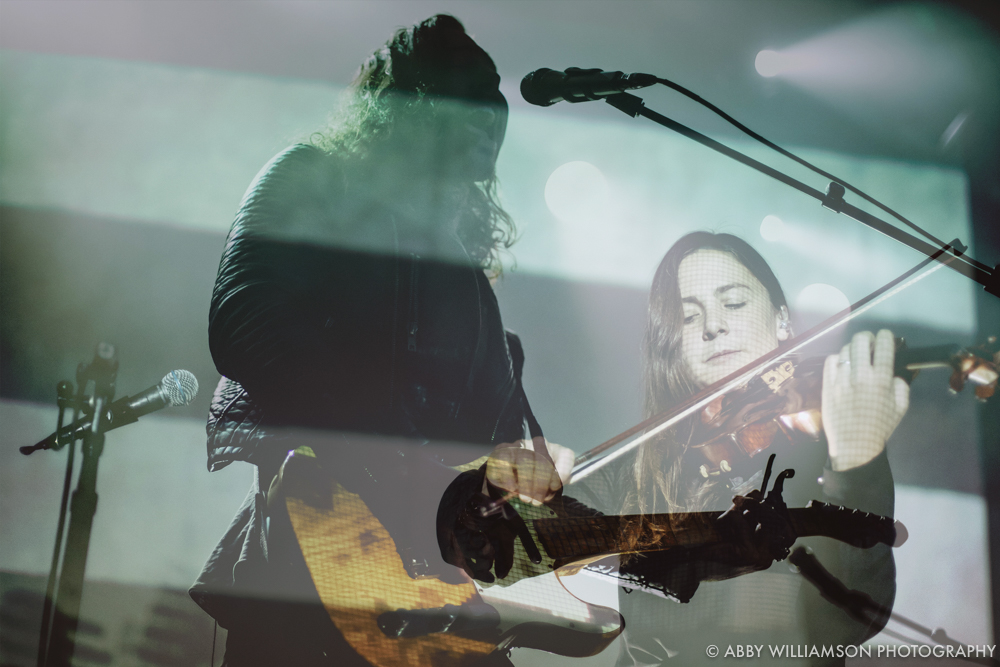 Just go with me on this one.

Never before had I been able to literally grow up with a character, and experience along with him the things he was going through (except for the magic, of course). The final book came out right after I graduated high school. As his school was ending, so was mine. I came of age as Harry did. It made any reader connection I had that much stronger because I could relate so much easier.

Now here we are.

I saw Noah Gundersen for the first time in 2011 at a coffee shop on Dravus St, just south of the Ballard Bridge. Little did I know, this seasoned songwriter was the same age as me, like, almost to the day. It was just Noah on acoustic guitar and his sister Abby on violin. I didn’t know his songs, but I knew I liked them. Over the next couple of years, I saw him countless times. I couldn’t even begin to count the photos I’d taken because at least a few of those times were in churches or small quiet venues where photography wasn’t appropriate. Let’s just say I’ve seen him play a lot, like to the point where I was a recognizable face.

What does Harry Potter have to do with all this? Well, even though we’re both in our late twenties, I’ve seen Noah grow as an artist right before my eyes. We both grew up with small towns with nothing going for them – but we obviously have different life experiences. Noah has never been one to shy away from sharing his feelings – he bleeds his soul into his music and live performances. Over the last few years Noah’s music has evolved so much from his last record Carry The Ghost to this new record White Noise. When I saw him play back in 2014, my life was very different. Somehow Noah’s musical chapters parallel my own life in a weird cosmic way.

Noah added a second date after his first one at the Neptune Theatre sold out so fast. The Hollers were a perfect opener for the second night. With such a raucous and energetic stage presence, the band – fronted by Trevor Boone – was a good warm-up to Noah. The Hollers ignited the crowd with songs off their new record Something Real, out December 15th. They’ve got another show coming in on January with Silver Torches and Noah’s sister Elizabeth Gundersen. Mark your calendars.

Since White Noise is a pretty singular work of art, Noah and his band played through almost all the songs off the record, and threw in a brand new song for good measure. “After All” and “The Sound” were full and lush, loud and wonderful. “Number One Hit of the Summer (Fade Out)” was exactly what the title describes – a fun, more traditional pop rock song with earworm hooks and lyrics that will be pleasantly stuck in your head for days. “Cocaine Sex and Alcohol” was a particularly special part of the night. Noah grabbed the mic off the stand and slithered through the crowd with lights strobing across the iconic Neptune Theater. It was a completely new side of Noah that I’d never seen before, and that in itself was thrilling.

With the songs where it was just Noah and his guitar, you could hear people shushing across the crowd. It just proved that he still has the presence has always had. “Fear and Loathing” was heartbreakingly beautiful. But the best part of the whole night was the finale of the set. “Wake Me Up, I’m Drowning,” was just – it was f*cking epic. There’s no other way to describe it. Chills. CHILLS.

The soft, but not small, “Dry Year” led directly into “Send The Rain (To Everyone).” And then the waterworks came. After how many times I’d listened to that song, I could anticipate the bass dropping, and goddamn did it drop. Noah was practically screaming the lyrics, everyone singing along with him.

After Noah left the stage, he brought Trevor Boone back out on stage to play with them for the encore, where they played a couple old songs (which are escaping me at the moment), and ended with “Bad Desire,” again with everyone singing along to every word.

I can’t pinpoint what is different about Noah. His band – comprised of his sister Abby, his brother Johnny, Micah Simler on bass, and producer Nate Yaccino – is tighter than ever. There’s a new kind of quiet confidence in Noah’s presence – however more confident than quiet. He’s still a wizard when it comes to demanding your full and undivided attention, but there’s a new wisdom that I’ve never seen before. If I could bring it back around to my Harry Potter analogy for a second – not that this is his “senior year” by any means, but there’s a clarity of purpose that it truly feels like the culmination of every other project Noah has ever done. I, for one, feel very lucky to have witnessed it these last six years.

Abby Williamson is a photographer, writer, and video blogger with a passion for live music – especially the local scene. She recently moved to Seattle after commuting from Gig Harbor for shows an average of once a week for five years, so she’s happy to not have to drive as much and photograph even more concerts! When she’s not elbowing her way up to the front row at a show or sorting through thousands of photos of those shows, Abby also does freelance wedding photography, all the while cultivating a decent-sized following on YouTube. Abby has contributed to several music blogs over the last five years (and she’s really excited to join the SMI team!), and has been published in at least one album booklet for the band, Someone Still Loves You Boris Yeltsin. She would like people to know that while music photography and writing is a huge passion in her life – she is a fan first, photographer second.
Related Itemsabby gundersenAbby WilliamsonConcertFeaturelocal artistsNeptune TheaterNoah GundersenReviewSTG Presentsthe hollersuniversity districtwhite noise
← Previous Story Kaitie Wade
Next Story → Slow Magic Cultivates Empathy at the Showbox