By Mike Baltierra on January 20, 2018@baltierraphoto 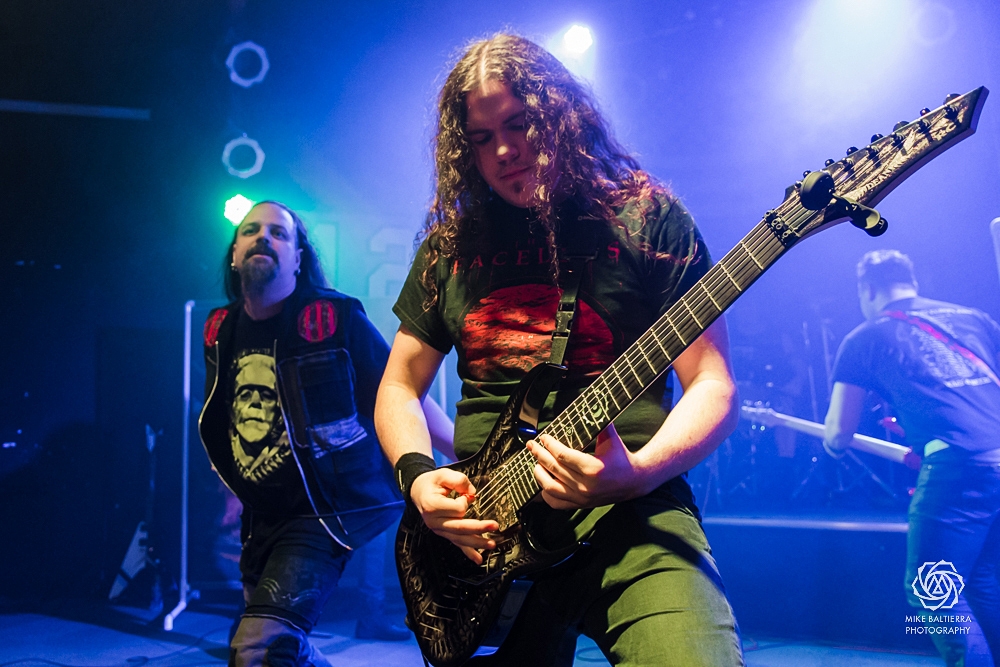 Veteran power metal band Vicious Rumors are tearing up the left coast during their West Coast Invasion Tour, and the second of their Pacific Northwest dates brought them to Louie G’s Pizza in Fife.

Vicious Rumors formed in the late 1970’s in San Francisco, CA. Throughout their almost 40 year history, they have released 16 studio albums and have played with a who’s who of heavy metal. Their latest album is Concussion Protocol, and it was released on SPV / Steamhammer records in 2016. After their current tour, the band is planning on entering the studio to record a new album.

Vicious Rumors is made up of Geoff Thorpe (guitars, vocals), Larry Howe (drums, vocals), Gunnar DüGrey (guitars), Brian Allen (lead vocals) and Joe Spencer (bass).  They wasted zero time from the first note until the last, playing hard, fast and loud. Opening with “Worlds and Machines” and then jumping into “Digital Dictator,” the band showed that they have no intentions of mellowing out.

Surprisingly, most of the evening’s material was focused on some of their earlier material, mainly off of the albums Digital Dictator, Vicious Rumors and Welcome to the Ball. The band played many fan favorites – “Lady Took a Chance,” “Dust to Dust,” “Murderball,” and “Soldiers of the Night.” It was awesome to see fans young and old getting into the music and singing the chorus to each of the songs.

Also included on the bill were Seattle’s Casualty of God and Tacoma’s Bleed the Stone.

In all, it was a great night of seriously heavy music by some incredibly awesome bands.