By Christine Mitchell on February 2, 2018@Housetornado37 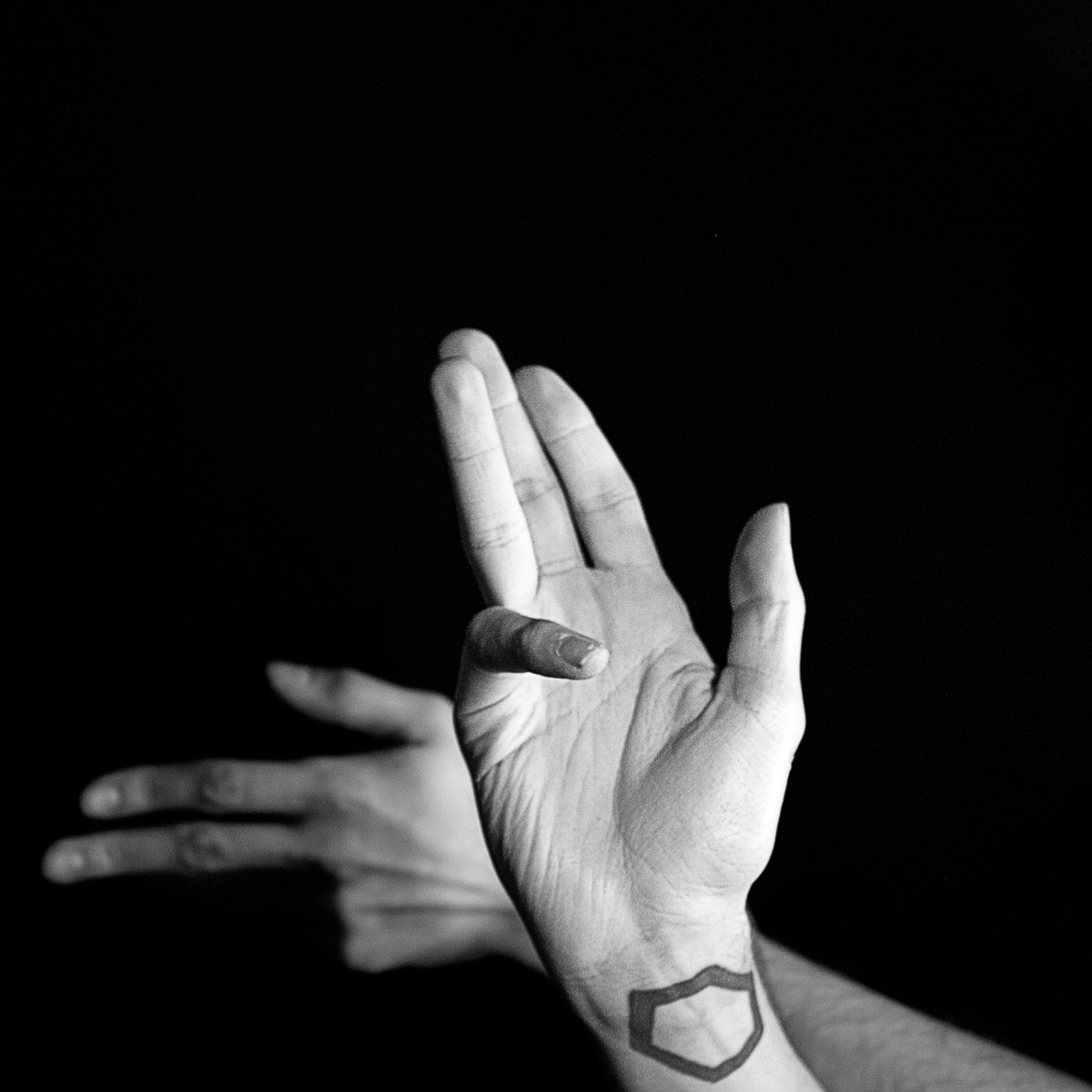 These days, a large chunk of social interaction consists of a constant online barrage of headlines, opinions, memes, and boiling comment threads. It’s an ugly world out there in the wires and over the airwaves, and it can get you down. So what can you do? NODRA has your number. The MANTRA EP embodies a directive: to resist by being fiercely alive. And it is perfection in its delivery; MANTRA is incisive in its lyrical observations and proclamations while inciting action through music that compels the body to move.

NODRA is ostensibly a collective (the acronym stands for New Order Dragnet of Revenge Artists), yet, though he labels himself as a “representative” of the group, Ryan Alexander appears to be the sole proprietor (along with a couple of apprentices behind the curtain: former bandmate Christian Smith worked on two tracks and Leava produced.) That being said, NODRA has its own manifesto (v. 1.0) and is supported by an extensive framework of intention and art to back the music up, which makes for a far more immersive experience when it comes to listening to MANTRA. And it’s worth the homework.

The EP’s three songs revolve around the constant yammmering of politics, power, and pressure to conform to society that buzzes around us, buzzing through our brains and buzzing our phones. The tracks themselves buzz with shrewd rage. While Alexander’s previous band Crystal Desert had anger in spades, it was that of the id, of fight or flight under unendurable circumstances that must nevertheless be endured. MANTRA‘s ire is an intellectual javelin, hoisted, leveled, and piercing. The immediacy and intensity are relentless right from the opening track, “I Was The Key Demographic,” with its guitar hook and racing drums front and center. Alexander gets right to the point with lyrics that implicity refer to the 2016 election:

He’s just distracted by the past because he’s waiting in line
He’s got a swastika tattoo, he’s got a daughter behind
He says he’s “not a bigot,” he’s “just led a colorful life”
He’s got a problem with the way that things been going this time
He guesses:
“I was the key demographic,
you were plaster and static.”

When the chorus kicks in, this character gleefully calls out to his brothers in arms to help “protect the stupid motherfucker dynasty.” It’s a truly ingenious flip-flopping of perspective that Alexander pulls off here; those accusing words that would normally come from someone on the other side of the fence are owned with great gusto and used as a rallying cry. Deplorables, anyone? The chorus sails along effortlessly and dementedly, with a layer of accordion floating over the top of it all, highlighting just how fucked up the situation is. This song is almost excruciating in its relevance, yet at the same time it incites you to dance and sing along; as one friend put it, it’s “a banger.”

The title track begins by screeding along the floor, the guitar grinding up against the drums as if to escape its restraints, then settles into a fat, squalling groove. “Mantra” behaves as a rumination on annihilation (“Just like the brain races the body to death/ We got a vision for the future path”), much to the delight of the right. The mantra of the Future Sage is truly terrifying: “become weak, forgive the heat, watch them burn, fill the urn.” Musically, this chorus is delivered smoothly, like chalky Pepto-Bismol; the guitar squawk recedes into a hypnotic, insistent riff, and a computerized voice soothingly sings monotone backup vocals. The verses are filled with fake news, illiteracy power fields, and the state of Ohio on barbituates. It’s hauntingly Orwellian, but no, this isn’t a far off future. This is now. Alexander’s vocal on “Mantra” is excellent. The attention to enunciation and tone takes the lyrics to another level, as Alexander’s voice becomes slimy, acidic, or unhinged by turns. When he prefaces the word “become” with a forceful “BUH-BUH” you feel the expulsion of air from your own lungs.

“Character” is a calling out of political and societal wrongs and an exhortation to act. In a world of “people eating people,” NODRA invites us to “try: light yourself ablaze.” In this case it is not an immolation, but rather a grasping of the reins of our own lives and in the process breaking free from that which constrains us. Again, there is no time wasted in getting to the point; “Character” begins with the chorus, and bombast and righteous anger reign. Yet, as Alexander points out in the verses, though they may try, the powers that be can’t truly know him. Shopping habits, likes, and clicks can all be tracked, but they can’t completely peg us down. NODRA suggests we stop trending. NODRA suggests we get living, because life is “just a phase.” The song lopes along to a cyclic beat, and the monotone 90’s iMac text to speech again punctuates key phrases; Alexander’s lead vocal skitters frantically over this digital sheen.

Besides the unifying lyrical themes of MANTRA, NODRA utilizes a clutch of antiquated bleeps and bloops across the tracks that originate from the days of MIDI and low-end Casio keyboards. This helps to sand off the otherwise rather roiling and abrasive nature of the music and adds to the aforementioned dementedness. Alexander clearly had a ball creating these songs, and his mad scientist methods work extremely well. MANTRA plays like an expertly-laced and tied combat boot. Slide it on. You’ll be wearing it for a while and loving it as you stomp along.

Christine Mitchell has been poring over album liner notes pretty much since she acquired the skill of reading, and figured out the basic structure of rock songs at an early age. Whether it’s the needle popping into the first groove of the record, the beeps that signal the beginning (or end) of a cassette tape, or digital numbers ticking off the seconds from zero, music brings Christine happiness, ponderous thought, opportunities for almost scientific study, and sometimes a few tears. When she started attending live shows two decades ago, a whole new piece of the puzzle clicked in and she has been hooked ever since.
Related ItemsChristine MitchellFeatureMantraNODRARyan AlexanderSimon Nicol
← Previous Story Single Review: Powerbleeder – “Donnie Wants You Dead”
Next Story → John Maus Terrifies and Delights at the Crocodile