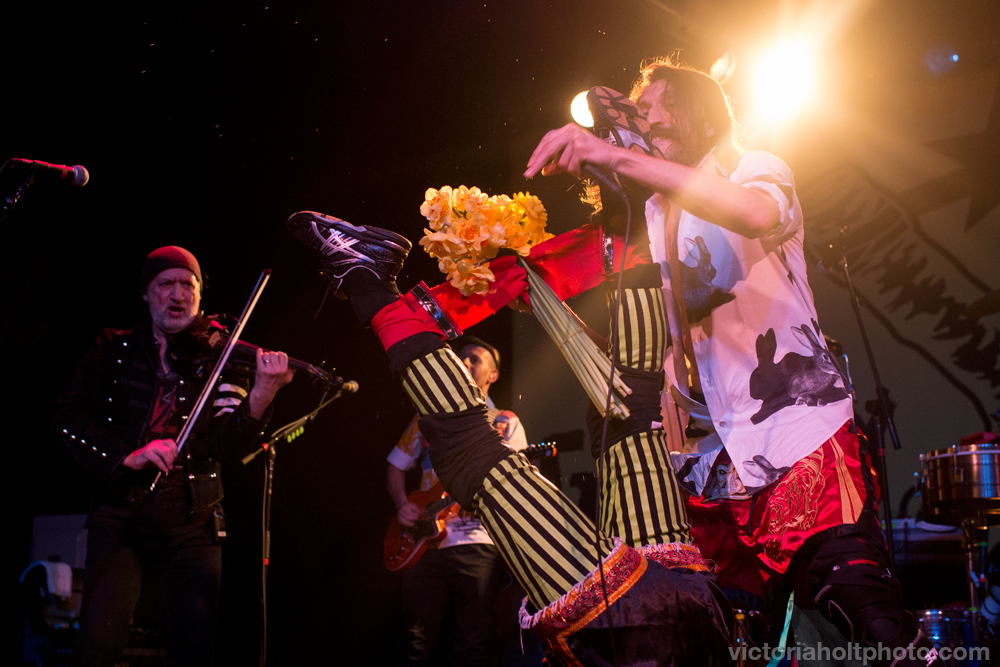 There’s no better way to spend a evening than catching the party-like atmosphere of Gogol Bordello live in concert. The group’s gypsy punk music is both mesmerizing and intoxicating. Frontman Eugene Hütz and the rest of the band slowly build up the energy in the room until their live energy consumes the listeners ears, mind, and body with the need to dance. The band is touring in support of their newest Seekers and Finders. If you have not attended one of their shows check them out as it’s a passionate full body musical experience that you don’t want to miss.

Alex Crick is a Seattle based freelance photographer specializing in music photography. His interest in photography began as a school project in the early-90′s, when he also attended many live music shows. Eventually, he combined these two interests by conveying the power and excitement of live music through the eye of the camera. Over the years, he’s traveled all over the country photographing live musical acts. You can find samples of his work in SPIN, Billboard, Esquire. View his work here
Related ItemsAlex CrickFeatureGogol BordelloNeptune
← Previous Story Curse League’s “La Siembra”
Next Story → Late Nights Podcast hosts up and coming artists