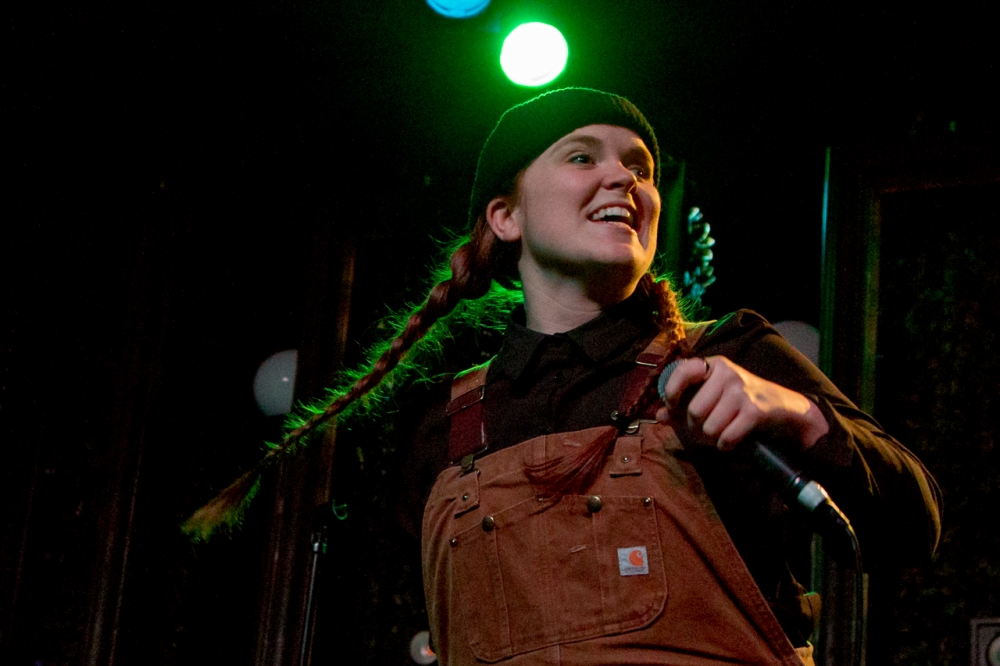 Flint Eastwood at The Showbox (Photo by Stephanie Dore)

Sandwiched between the chill pop of an Oakland band called Birthday and the electro-pop-punk of PVRIS, Detroit’s Flint Eastwood owned The Showbox with a rare kind of swagger and crushing soul. Backed by a drummer and guitarist, the overall-clad singer—née Jax Anderson—opened the set with nothing short of unrelenting energy and finished it the same way.

Given forty-five minutes to get the crowd pumped, Anderson grabbed the mic and delivered her track “Push,” a track off her 2017 EP, Broke Royalty, featuring fellow Michigander multidisciplinary artist, Tunde Olaniran. The track opens with the line, “From start to the finish I’m in it,” and Anderson proved that throughout her set.

Pausing to catch a breath before her single, “Monster,” Anderson convinced the crowd to scream along, to be “loud, not pretty,” she said, in an empowerment pull that humbly won over the already captivated room. After the first few tracks, “Find What You’re Looking For,” from the 2015 Small Victories EP, brought the beats down for a moment, but with delivery no less intense, the crowd clapping along, singing a chorus that rang through the rafters.
Eastwood’s tracks push pop boundaries and experiment with worldly influences. Tropical vibes rang through “Sober,” a track Anderson said “has nothing to do with drugs or alcohol,” but is instead about being in love. And on the vintage-tinged “Rewind,” Anderson’s photographer pumped out the crowd with thrilling dance moves from inside the barricade, the whole room bouncing along, hands in the air.
As the set closed with the defiant anthem “Queen,” Anderson was still going strong, high-kicking, braid-swinging confidence intact.