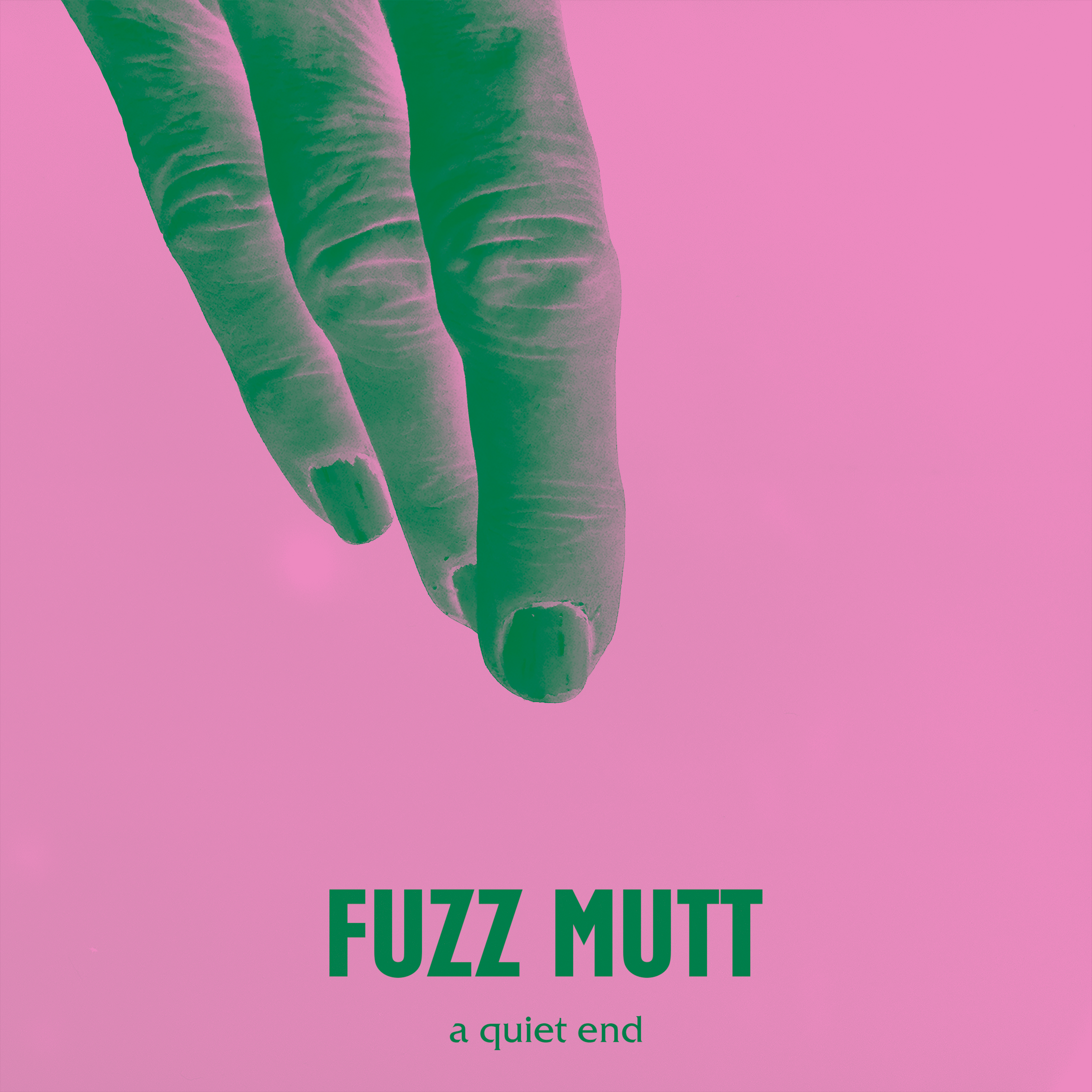 Cover art for “A Quiet End” (Created by NODRA)

Echoing mellowed-yet-punk-rock vibes from years past, Everett-based grunge rock band Fuzz Mutt has crashed back into the spotlight with an anthemic, driving new single, “A Quiet End.” Equal parts catchy and polished, “A Quiet End” delivers a promising insight into the band’s upcoming record, COLORLESS.

Beginning with an immediately anxious first lyric (“Sitting in my kitchen with my cards laid out/Afraid that I’m not living the lives I’ve read about”), the mood of the new track thrusts the listener into a headspace of lackadaisical wanting. Fuzz Mutt is a band that knows how to layer their songs – they employ memorable chord progressions and riffs that seem to grow thicker and thicker as a song plays on. “A Quiet End” serves as a prime example for this, as guitarist and singer Max Stephens shifts the intensity of his guitar up and down between verses and choruses.

Bassist Seann Groda is one to keep up in a major way, providing a keen sense of movement underneath the wash of guitars. There is a nimbleness heard in how the bass climbs up and down the fretboard that keeps time but feels melodically free. Drummer Jared Hoidal’s performance on “A Quiet End” stands out to the listener, his style anchoring the song’s tightness while a snappy snare and thudding tom fills roll across the ears.

Impressive as the song’s performances and structure are, Stephens shows his prowess even further via his engineering of each song. “A Quiet End” is not just great for a self-recording; Stephens truly has a firm grasp on how to mix a band to sound excellent and full on record. The drums have weight and the bass takes a prominent forward position, without making the song lose sight of its focus on mood and lyrical content.

Fuzz Mutt will release COLORLESS on April 20th and performs at this year’s Fisherman’s Village Music Festival in Everett, at Black Lab Gallery on Saturday, March 31st. Check out “A Quiet End” on Spotify and all other music streaming services.

Paddy Moran is an active musician and participant in the bustling Seattle music scene. When not discussing his extreme distaste for eggs (any style), Paddy can usually be found fumbling around, looking for lost personal items and accoutrements. Have you seen his backpack? It was right here a minute ago; someone must have moved it. In his personal life, Paddy requires almost constant, near-24/7 audial stimulation, which explains both his undying love for new music and why he won't just stop talking already. Oh, there's my backpack. I mean his.
Related Itemsa quiet endcolorlessEverettFeatureFisherman's Village Music FestivalFuzz Muttjared hoidalmax stephensseann groda
← Previous Story They Might Be Giants’ Juggernaut of fun
Next Story → DIRKSCHNEIDER Back to the Roots Tour coming to El Corazon