#SMI on tour: G-Eazy in Boston 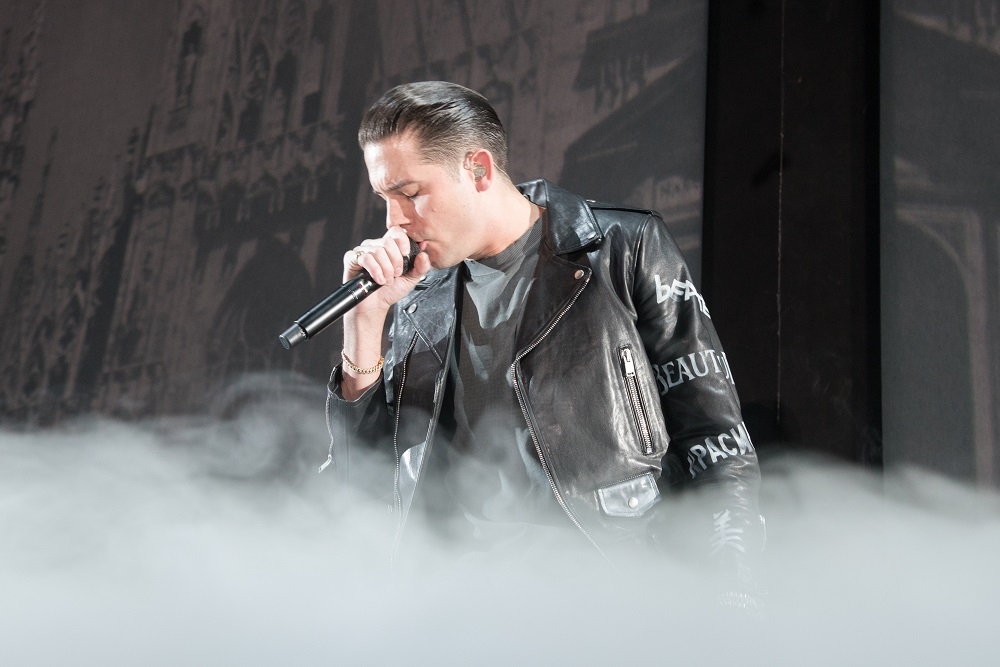 SMI caught up with G-Eazy in Boston on March 18th at Agganis Arena, catching him on the tail end his North American The Beautiful & Damned tour, which started off in February in Houston and has wowed arenas from Texas, California, Seattle, Denver, Minnesota, Chicago, Toronto, DC, New Jersey, and ending in New York City. He’ll be headlining a concert to support the anti gun violence March for our Lives rallies along with Fall Out Boy, Bebe Rexha, and Lizzo on March 23rd in Washington DC.
St Louis native Anthony Russo started off the night, and his easy stage presence, deep hitting bass, seductive moves, and crooning voice had the crowd under his trance. Keep an eye out for this guy!
Phora, aka Marco Archer, is touring his third album Yours Truly Forever. He made a huge splash with the Boston crowd. With hits like “Numb,” “My Story,” and “To The Moon,” all having millions of views on YouTube, it’s no wonder Phora melted some hearts.
Just when we were getting warmed up, Trippie Redd blasted the crowd with energy and power. Only 18 years old, this kid took the show to a whole new level. Also known as Michael White IV, Trippie Redd is signed with Universal Music Group, and is taking the hip hop scene by storm. Take a listen to “Love Scars,” “Poles1469 ft 6IX9INE,” and “Romeo & Juliet.” The videos are pretty amazing.
Showing his intense gratitude for yet another sold out show on his tour, G-Eazy reminisced about his first show in Boston at The Middle East Upstairs to only 80 people. His set was split into two acts and an epilogue. The first act, dark and smoky, was beautiful. The second act was very light in color, but full of depth in soul. Closing out the night, the epilogue was the cherry on the cake of his greatest hits. Halsey would be proud.
Did you miss this tour? Don’t worry, he’ll be starting his Endless Summer Tour in Auburn at the White River Amphitheatre on July 20th when he gets back from his Europe tour.

Arlene Brown is both a writer and photographer for SMI. She likes to take things one picture at a time. Covering and reviewing shows from Soundgarden, The Proclaimers, Lorde, The Head & The Heart, to Hank3, Bob Log III, New Politics, Black Joe Lewis, Grouplove, including local and national rising bands and more, she truly loves to try to get that perfect shot. Looking for that raw emotion, energy, power that only live music can deliver, she captures the essence of a show in her own unique style.
Related ItemsAgganis ArenaAnthony RussoArlene BrownFeatureG-EazyPhoraTrippie Red
← Previous Story An Evening Of Classic Heavy Metal at El Corazon
Next Story → Hot Seat with Christine Mitchell