By Christine Mitchell on March 28, 2018@Housetornado37 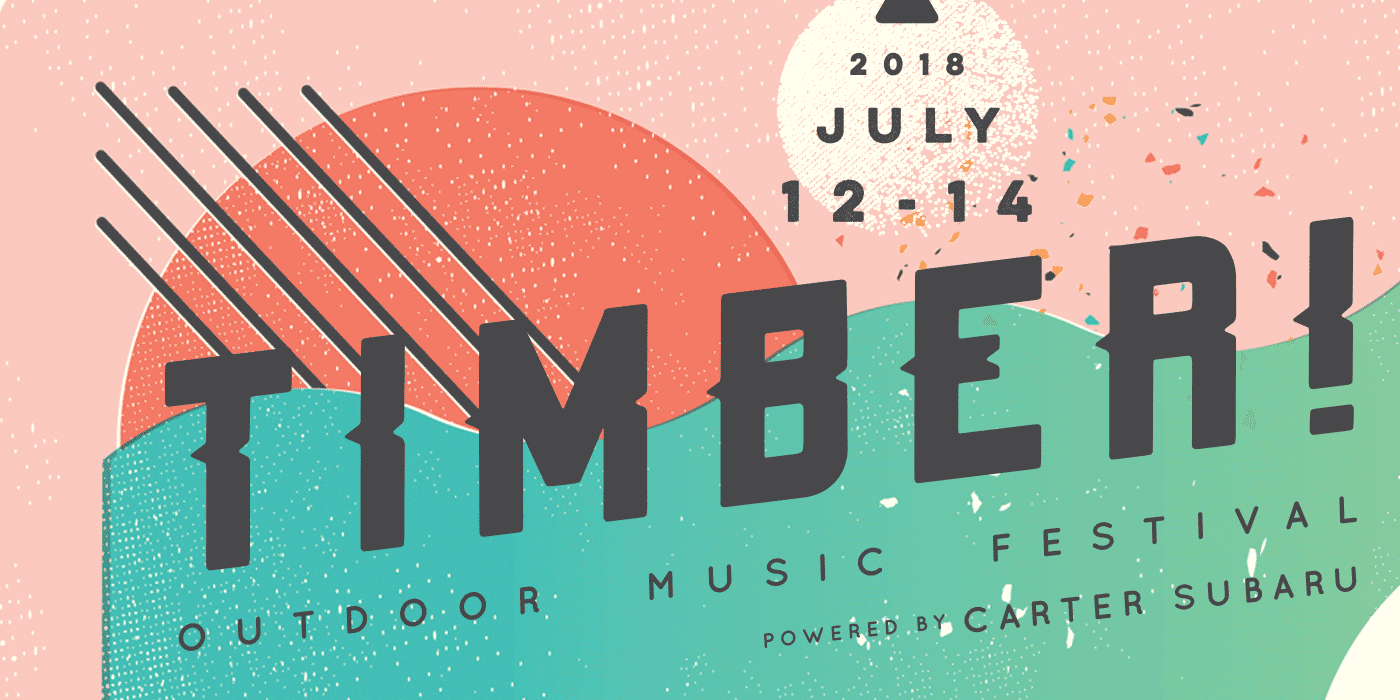 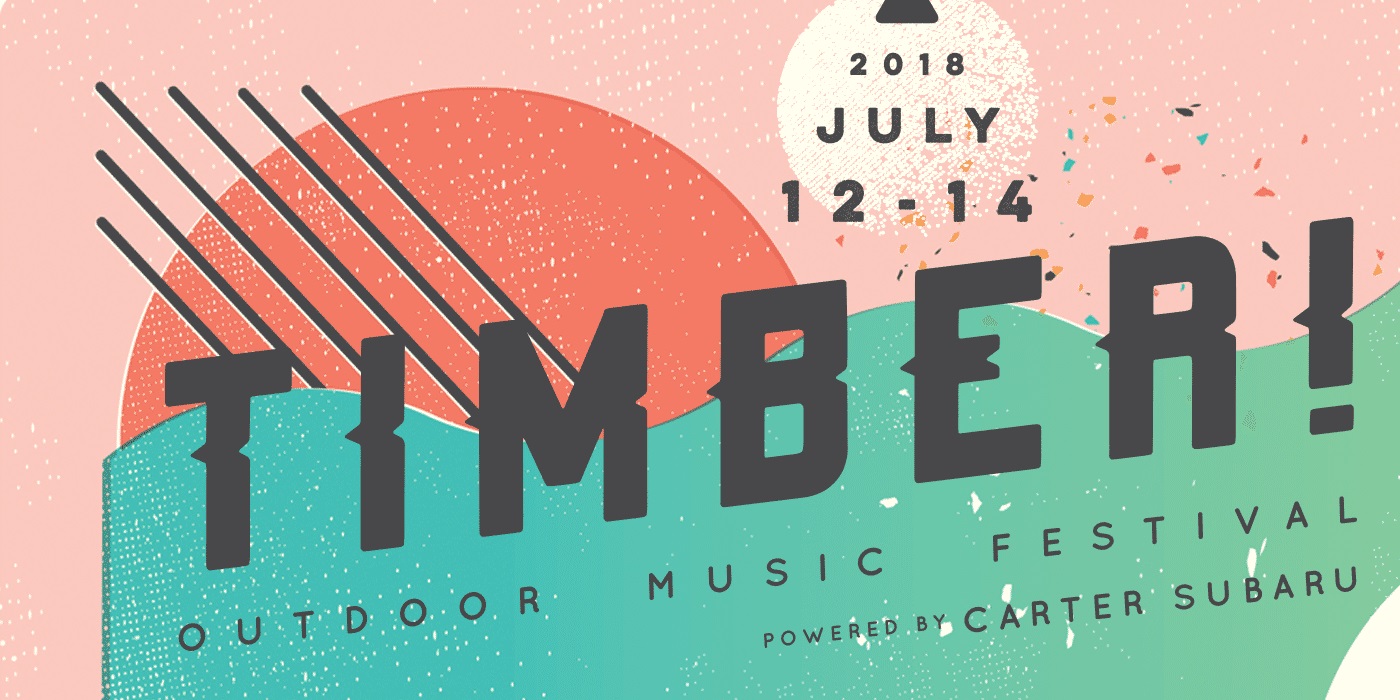 The coolest festival of the hot summer days is cranking it up for 2018! Timber! Summer Music Festival has announced its initial lineup of musicians, and, as one can always expect from Artist Home, the list is almost too toasty to hold. This year’s fest also includes some very special collaborations that you’re not likely to find elsewhere anytime soon.

With five years under its belt, Timber!, which takes place at King County’s Tolt-MacDonald Park and Campground in Carnation, has become well known as much more than a simple weekend of music, just as much as it’s known for being more than fans scurrying from stage to stage in the hot sun. Timber! is floating down the Tolt River. Timber is late night, intimate performances around a campfire. Timber! is family friendly. Hiking and yoga and rock ‘n’ roll, that’s Timber!, and it’s one of a kind. 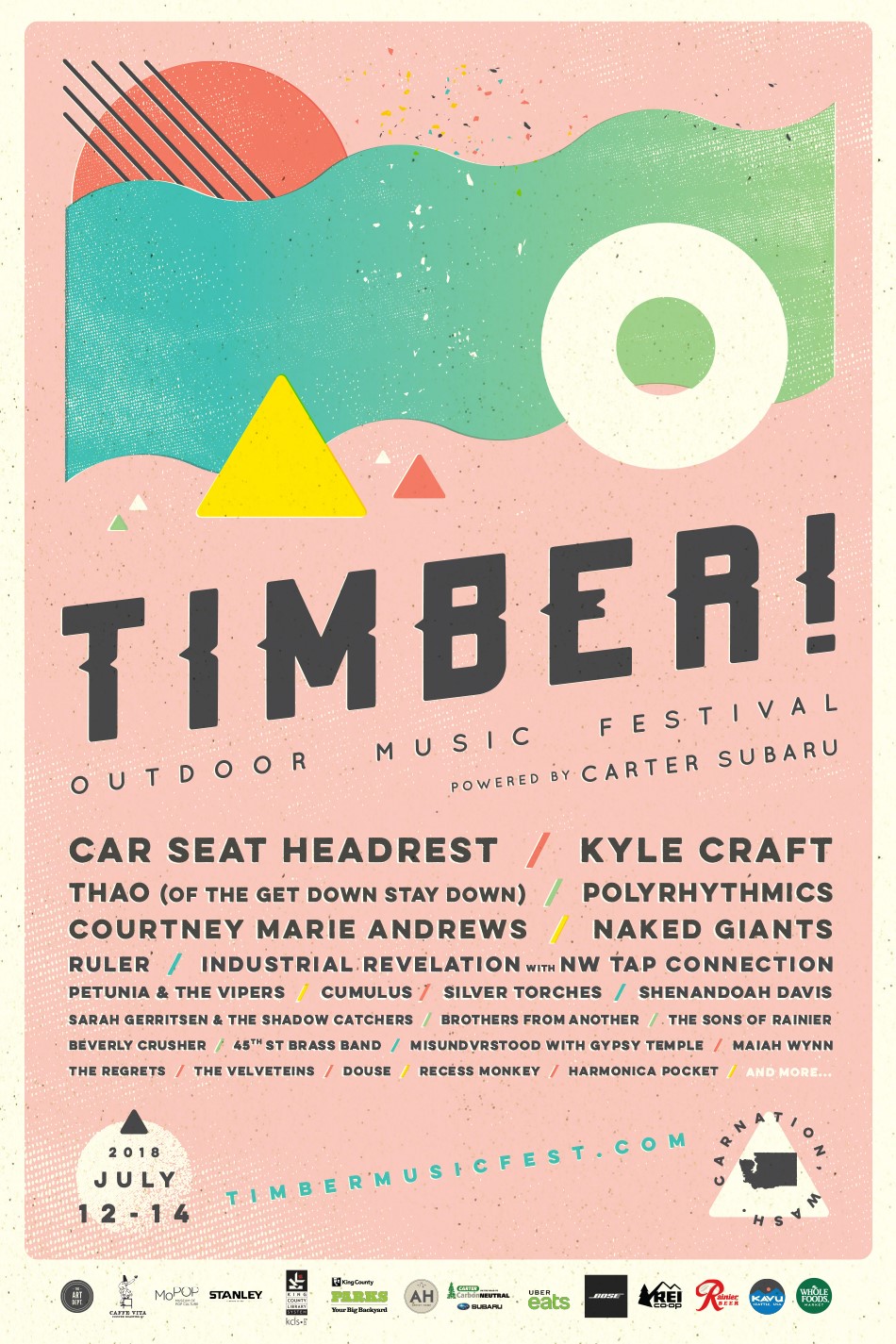 Car Seat Headrest is at the top of this year’s lineup, and, as if that isn’t enough, they are slated to perform as a supergroup with the noisy, garagey Naked Giants for the first time in the PNW. Ruler is playing, and by the time the fest rolls around (it takes place from July 12th to July 14th), everyone will be well versed on the band’s upcoming album, Winning Star Champion. And never mind that some seriously good times are in store, because Polyrhythmics, Kyle Craft, and Thao of Thao and The Get Down Stay Down will be there, playing amongst the trees.

Industrial Revelation has something special in store as well. The groovy quartet is partnering with NW Tap Connection to bring you a performance unlike any other. The students will be dancing, Industrial Revelation will be popping off, and you’re gonna love it. The festival is also promising more “once in a lifetime” moments such as a clutch of Midnight Secret Shows. You’re seriously not going to want to miss this.

Tickets are on sale at www.timberfest.com, with weekend passes priced at $99 each. Kids under 12 are free! Camping for the weekend starts at $40.

Christine Mitchell has been poring over album liner notes pretty much since she acquired the skill of reading, and figured out the basic structure of rock songs at an early age. Whether it’s the needle popping into the first groove of the record, the beeps that signal the beginning (or end) of a cassette tape, or digital numbers ticking off the seconds from zero, music brings Christine happiness, ponderous thought, opportunities for almost scientific study, and sometimes a few tears. When she started attending live shows two decades ago, a whole new piece of the puzzle clicked in and she has been hooked ever since.
Related ItemsArtist HomeCar Seat HeadrestChristine MitchellCourtney Marie AndrewsCumulusFeatureKevin SurKyle CraftNaked GiantsPolyrhythmicsRulerThao and The Get Down Stay DownTimber!
← Previous Story George Clinton: P-Funk at the Sodo
Next Story → Shit Ghost Announces Album Release Show, Talks Space Travel