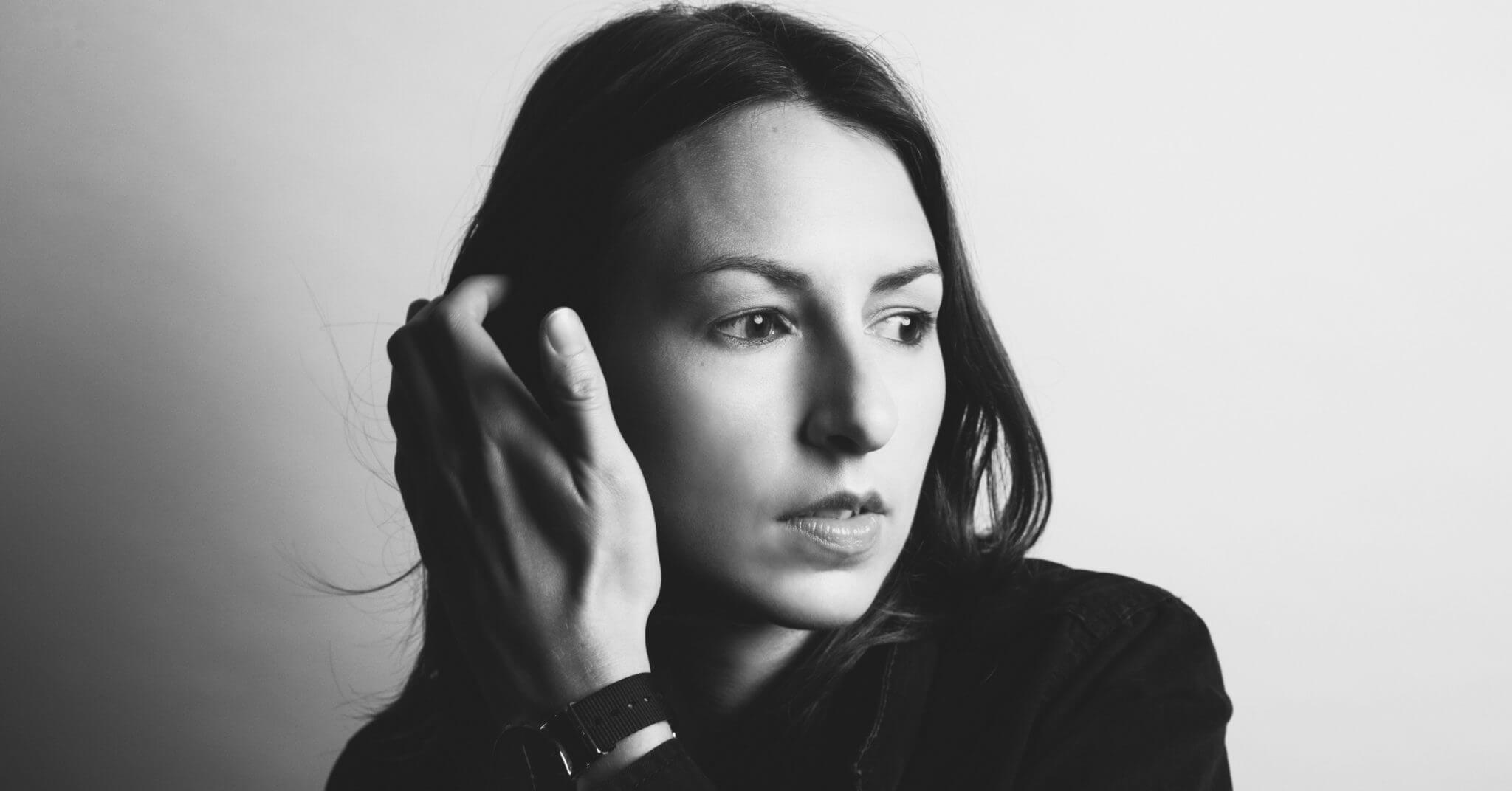 Thirty year old Pittsburgh native Brooke Annibale has self-released three albums that document her feelings of hope, heartache, and belief, via incredibly well-written songs that are as close to perfect as songwriting gets. 2011’s Silence Worth Breaking was a heart-on-her-sleeve album that was brave and frank. 2015’s “The Simple Fear” yielded the single “Answers” that has received over six million plays on Spotify, and her latest release Hold To The Light features the song “Hold On” which has already surpassed a half-million listens. Brooke called me from Providence, RI to chat about the challenges of being in radio-free America, and her first West Coast tour.

Brent: So the new record, Hold To The Light has much heavier production than your last two records, both of which were pretty bare-bones affairs. I’m reminded of how Emmylou Harris radically changed her sound with her landmark Wrecking Ball record from 1995 that was produced by Daniel Lanois, and that utilized studio effects to a great degree.
Brooke Annibale: Yeah, this record was produced by Sam Kassirer, who’s worked with Josh Ritter, and we just had fun in the studio. When I wrote the songs I didn’t know that we’d go down that road, but once we were recording we found that different techniques would augment my songs in a new way, so we took a chance.
B: So you’d written all of the songs before you went into the studio?
BA: Yeah, I always write the songs first, and then I’ll send them to my producer, and I’ve had a different producer for each record. Then I go into the studio and we find out if we’re on the same page.
B: When I hear you sing I’m reminded of several other singers; Sarah McLachlan, Natalie Merchant, and maybe even a bit of Sinead O’Connor and Shawn Colvin. Do any of those artists resonate with you?
BA: Oh, yeah. Sarah looms large. She’s the queen. I mean, who hasn’t listened to all of her records? I super-love Natalie too, but I’ve only had one person mention Sinead.
B: I hear Sinead when your voice breaks.
BA: Thank-you. I love all of those women.
B: Some of the tracks on Hold To The Light have a definite 80s feel. Was that deliberate?
BA: (laughs) Yeah, that was deliberate, especially with “Distraction.” I don’t know if you’ve noticed but the “80s sound” is really popular right now, and lots of bands are trying to replicate that.
B: Well you certainly achieve it. Believe me, I was around back then, and “Distraction” would’ve fit in perfectly between ‘Til Tuesday and Howard Jones.
BA: Ha! Thanks.
B: FM radio stations like The Mountain here in Seattle, and other stations with names like The River used to be a popular thing in the 90s, and they usually had female-heavy playlists. Do you think that the demise of radio stations that break new artists is a hindrance to reaching new audiences?
BA: Oh yeah, I actually think about that a lot. My songs have been used in quite a few television shows (One Tree Hill and The Vampire Diaries to name two), so aside from that and live shows, and maybe people finding me on Spotify, it’s really difficult to develop an audience.
B: And now you’re embarking on your first West Coast tour.
BA: Yeah! I’m really excited about it. I’ve played L.A. but everything else will be a new experience.
B: San Francisco, Portland, Seattle, Spokane, and then back to the mighty East.
BA: Yep. I’ve never even been to Seattle so I’m really looking forward to it, even though I only have one day there.
B: Well I’m certainly looking forward to seeing you.
BA: Thanks! Hopefully I’ll make some new fans on the road.

Brooke Annibale plays the Sunset Tavern on Tuesday July 17th at 9:00 p.m. with The Sweeplings. Watch her live acoustic performance of “Hold On” below.