A traitor’s view of Bad Optics

By Christine Mitchell on August 5, 2018@Housetornado37 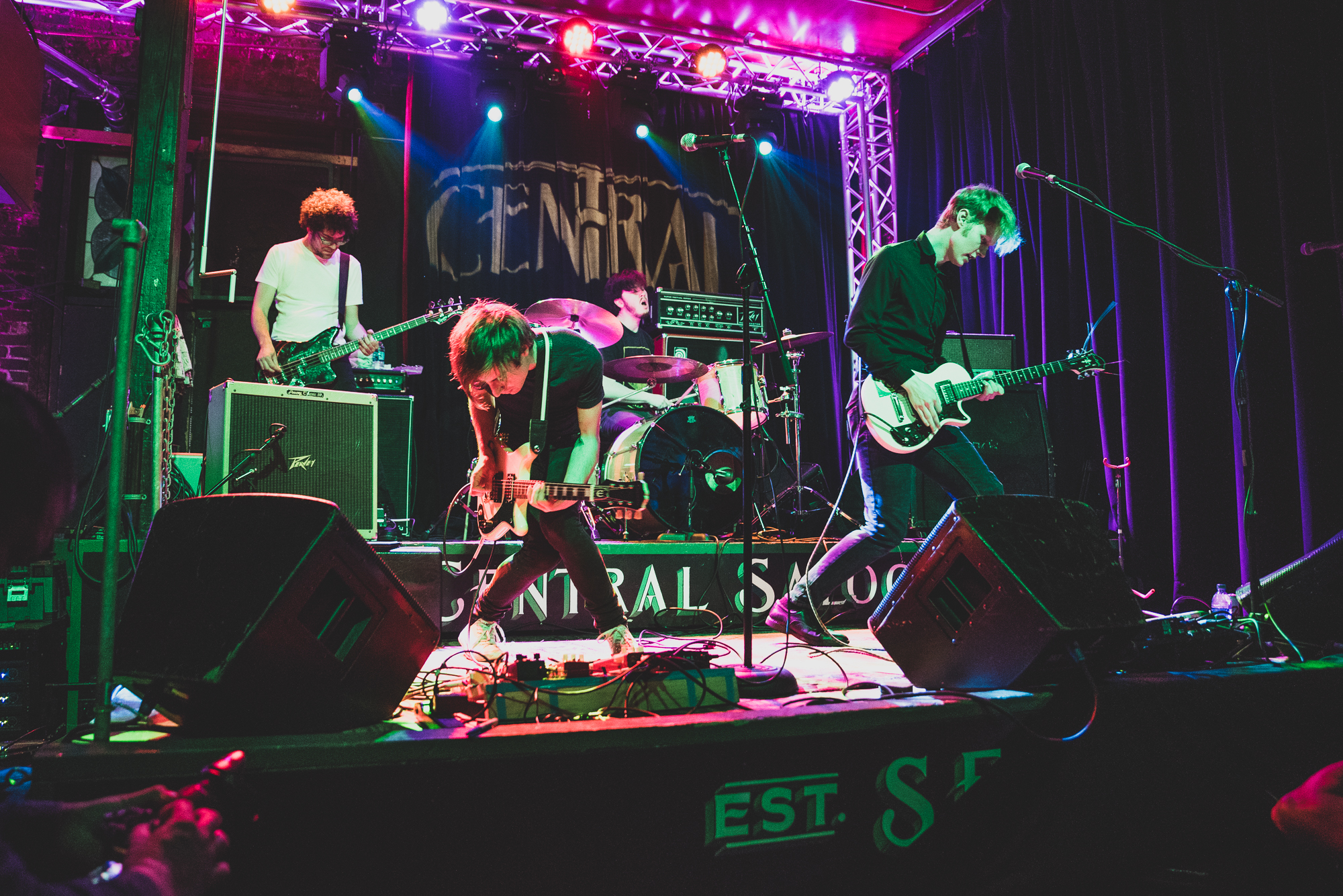 Right at the tail end of March at The Fisherman’s Village Music Festival in Everett, Bad Optics seemingly magically popped into existence. The band wasn’t on the festival’s lineup; instead of Nail Houses’ scheduled set, Bad Optics announced their fully-formed birth to the world with a locally legendary show at Black Lab Gallery, simultaneously releasing their debut EP, Warm Strokes of Pragmatism. The months between then and now has seen the band perform several more shows and release another single, titled “Feng Shui For The Wolf Society.”

You may wonder why you’re just hearing about this from me now.

You have to understand, I loved Crystal Desert. To this day, when I hear one of their songs I snuggle in tight and let my brain comb through those familiar layers of lyric and sound, thankful. Crystal Desert was a band that inspired me to write prolifically; I felt it was my due to respond. Their live shows left me physically twisted. I was despondent when they broke up.  Don’t get me wrong; the three talented people who made up that band continued to make music integral to the scene. Ryan Alexander’s NODRA and Christian Smith’s Nail Houses, both solo projects, produced some of the best politically charged music I’ve heard, ever, and each did it with their own particular flavor and nuance. Meanwhile, drummer Joshua Ihler put out an EP under the moniker Deep Negatives, the music a proggy mishmash of metal and melody that I’m still puzzling out.

When it was heard ’round about town that these three were getting back together to make music along with Oliver Elf Army’s bassist, Henry J. Yarsinske, I was elated. The moment that Warm Strokes of Pragmatism first pierced the cones of my speakers, I was overjoyed. Seeing these minds working together again, hearing them perform as a band again…I was at a loss for words.

I began to feel like a traitor, and maybe not for the reason you’d think. Bad Optics blows Crystal Desert out of the water.

Oh please, you might think. This is just the same band with one more dude. But no. It’s like these three little piggies went out into the world, each building their own little houses of varying materials. Only in this story, the piggies got back together and built a new, better house, democratically utilizing their learned skills in…carpentry. This new house is sooooooooo much better built than the little piggies’ original, much-loved home. And then they invite the Big Bad Wolf over to play bass. Wait a minute. Let me try again.

Warm Strokes of Pragmatism is very obviously informed by the varying musical sensibilities and offerings of each member of Bad Optics. Alexander brings his long-standing love of Rowland S. Howard to the table, an influence that dates back to the earliest Crystal Desert, along with a newer fascination with electronic, keyboard-based music, one that has been fleshing out in his recent recordings as NODRA. For his part, Smith acts as a foil to Alexander’s more meandering style with a sound that is more vectored and punishing; his work as Nail Houses flavors this more industrial vibe. Together, with both on guitar and taking turns at vocals, it’s as delectable as slapping prosciutto onto a slice of cantaloupe and popping it into your mouth, the sinew and salt matriculating with the fruity moosh, elevating both. You could sit and pick apart the styles and guitar lines, attributing and distilling, but it’s far more worth it to enjoy the tasty snack put together especially for you. Grind it between your teeth. It’s so good.

The drumming on Warm Strokes is very much an Ihler thing, and it’s so good to hear on these songs. For his part, Ihler took the reins on engineering the recording of “Feng Shui,” committing the song to tape inside Bad Optics’ practice space and doing an absolutely impeccable job. And Yarsinske simply outdoes himself on the bass on both the EP and new single; in these few short months his live game has gained mad style, and he’s had to start sporting Croakies to keep his glasses on his noggin. One integral facet of the old Crystal Desert was Smith’s bass playing. Never you fear: Yarsinske steps up to the task with Bad Optics, throwing out memorable licks of his own…with flair.

Listen to “Feng Shui For The Wolf Society:”

Bad Optics’ music is less squirrely and more directed than that of days and bands past, a little less gothic and more straight ahead punk. “Personality Proxy” is a great introduction to this new sound, which is driven along by propulsive drumming and weaponized guitar chords. Looking back, it makes total sense that three out of these four people donned out of control black wigs and performed as The Ramones last Halloween. And there is no dilly-dallying around as far as lyrics go. Spitting with tension and disillusion, Smith barks “I wanna kill myself, drop out, start a cult, use everyone to enhance my own ego” right before proclaiming “I don’t even like music!” and “drag it to the depths of the pit. And it’s shit!” Both Smith and Alexander have been doing a marvelous job of late at twisting perspectives in their lyrics, turning the proverbial camera around, exposing and critiquing opposing viewpoints, all the while dripping cynicism. “Feng Shui” is fantastic; Alexander’s crackling crackpot lyrics build layers of accusations and proclamations over a quirky, hiccuping tempo that is somehow hard driving at the same time. It’s simultaneously suffocatingly tight and loopy-loose feeling, a quality that began leaching out of Alexander with NODRA and that continues to push the envelope here.

You should see Bad Optics live, not only because they are great in a live setting but because they play unreleased songs like “Viceroy” and “The Noose,” both of which are insanely good and you need to hear. Nevermind the fact that these songs cause your body to thrash about wildly, which is best accomplished in a room full of like-bodied people. Thankfully, there are a couple of dates coming up at which you can do just that:

Bad Optics with Xurs, Sleepover Club, and Rambis at the Blue Moon on Saturday, August 18th

This traitor will see you there.

Listen to Warm Strokes of Pragmatism:

Christine Mitchell has been poring over album liner notes pretty much since she acquired the skill of reading, and figured out the basic structure of rock songs at an early age. Whether it’s the needle popping into the first groove of the record, the beeps that signal the beginning (or end) of a cassette tape, or digital numbers ticking off the seconds from zero, music brings Christine happiness, ponderous thought, opportunities for almost scientific study, and sometimes a few tears. When she started attending live shows two decades ago, a whole new piece of the puzzle clicked in and she has been hooked ever since.
Related Itemsbad opticsChristine MitchellCrystal DesertDeep NegativesFeatureNail HousesThe Stereo WireWarm Strokes of Pragmatism
← Previous Story Now, Now and WENS at The Crocodile
Next Story → GALLERY | Pearl Jam: The Home Shows