Saving the Showbox: A Seattle Story 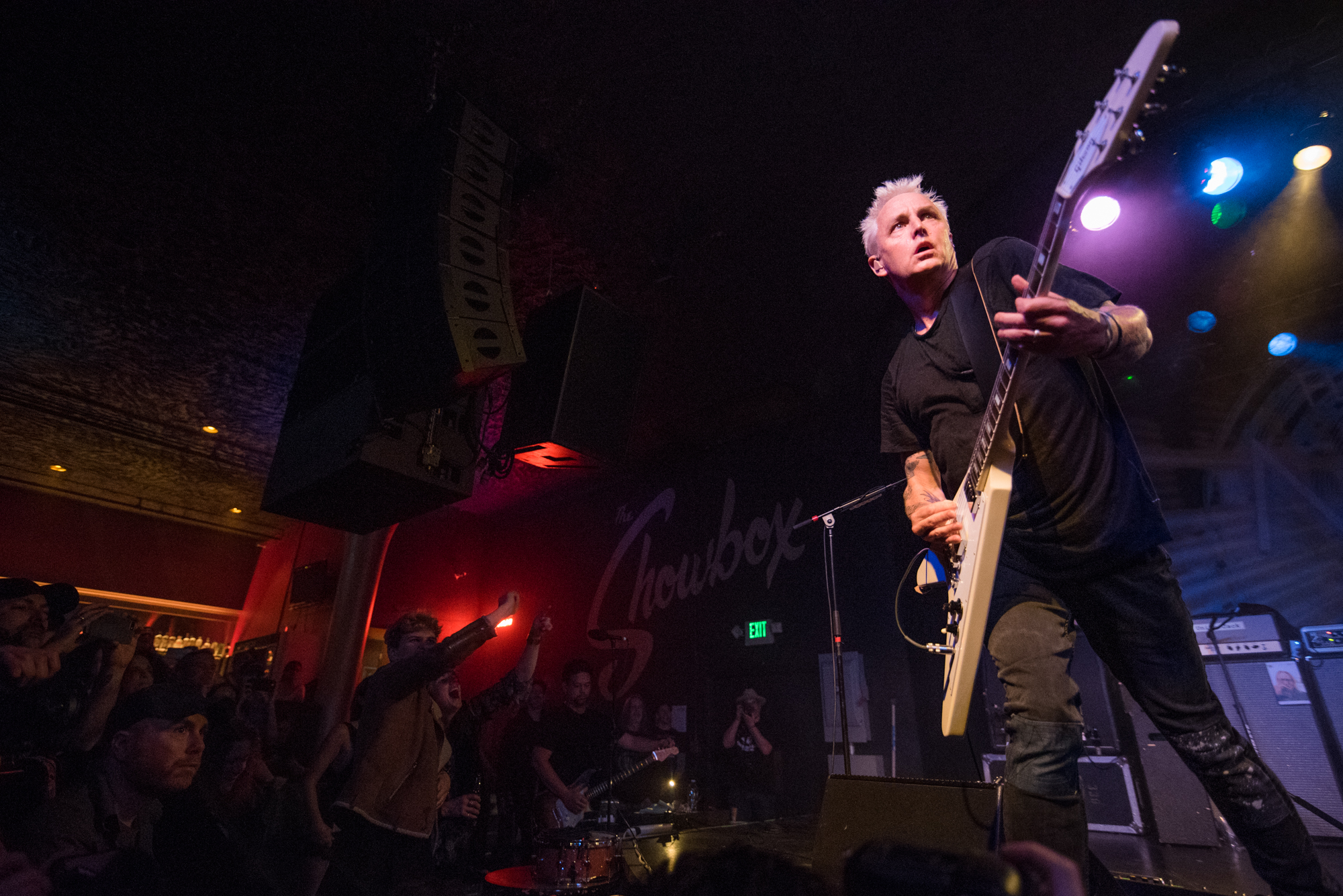 Flight To Mars at The Showbox (Photo by Christine Mitchell)

It was a smoggy morning in the summer when the news broke that the Showbox at the Market was the next casualty of Seattle’s profit-hungry developers. This time, a music venue with a history dating back eight decades was on the chopping block. In its place, Roger Forbes planned to erect a 44-story apartment building in a $100 million dollar deal. With developers taking over Seattle, signs of life become rarer and rarer still. The impending loss of the Showbox sparked local outrage, and the Save The Showbox campaign became a light in the darkness.

The venue that has hosted everyone from Duke Ellington to Lorde deserves better. The people of this town deserve responsible developers not bent on profit alone. This city was being choked to death by smog and fire and simultaneously being stripped of its culture. This was the rallying cry of the “Save the Showbox” campaign, which quickly gained an ordinance, a councilwoman, and a celebrity.

The news broke in late July and by early August had already gained one local celebrity supporter – Ben Gibbard. The Death Cab For Cutie front man, together with Councilwoman Kshma Sawant, led the charge to save Seattle’s favorite night spot. Their opponent? Literally no one except Roger Forbes.

Councilwoman Sawant quickly drafted a proposal to avoid demolition. It was simple and direct – expand the Pike Place Historical District. Essentially, just move the line back a block or so.

It was a nearly three-week endeavor to get the vote in front of the City Council. During that time, Gibbard and Sawant appeared on KEXP to voice their support for the proposal. The “Save the Showbox” campaign gained signatures, sold t-shirts, and planned benefit concerts.

On August 13, the Council voted on Sawant’s proposal. Although there is some scrutiny as to Gibbard’s involvement, his impassioned speech at the Council hearing no doubt helped the campaign more than hurt it.

Campaign wins a temporary victory, and one big set back

The Council unanimously voted to protect the venue, at least, for now. Council members seemed eager to rally against the developers, with Mayor Durkan even tweeting a photo of the signed ordinance. But now, they’re facing a new problem.

Forbes’ $40 million dollar lawsuit over the Showbox site should come as no surprise from a guy who is most likely to be compared to Leonardo Leonardo. And considering the fact that his strip club franchise company, DeJa Vu, has a history of shutting down the competition, he doesn’t seem like someone who would take this lying down.

So now what? There’s a 10-month stay of execution for the Showbox in place. The City Council has yet to respond to Forbes’ lawsuit. Only time will tell.

The path forward – and what you can do

Even as Forbes moved into the strip across from Seattle’s most iconic market in the late nineties, critics of the sale wondered what would happen to the block. Already a hive of scum and villainy then, little has improved in safety and sanitation today. Is a 44-story high-rise apartment building that no one who works in Seattle can afford really the answer? Forbes seems to think so. Would the demolition of the Showbox deprive Seattle, a city suffocating under smog and astronomical rent, of culture and community? Absolutely.

On Wednesday, September the 19th, the Save the Showbox concert happened at City Hall. Featuring local husband and wife duo, Smokey Brights, as headliners, Save the Showbox campaign organizers curated a show of support to the City Council. While Gibbard was not slated to perform, it’s likely he’ll be in attendance. Councilwoman Sawant was the hostess.

You can still help the campaign. Write your Council member and tell them why you support saving The Showbox. See more live music and be a champion for all the things that make Seattle what it is – a city that shines with culture and community, even as we’re being snuffed out.

Meredith Smith is a writer in Seattle, whose musical roots date back to mid-90s ska and punk shows. She writes about the intersection of politics and music, as well as upcoming shows and Seattle events.
Related ItemsBen GibbardFeatureKshma SawantMeredith SmithShowbox at the Market
← Previous Story Bumbershoot Day Three
Next Story → Fast & Furious: Here Comes Worldwide Panic