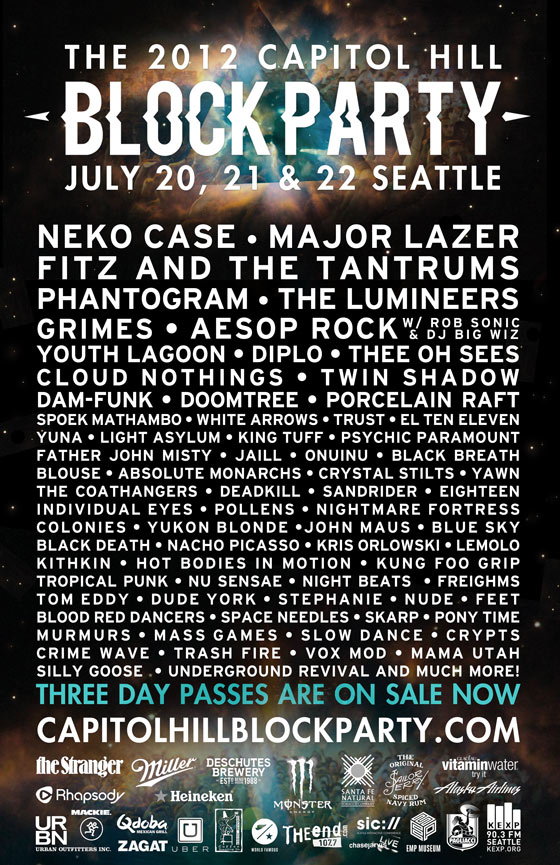 Festival season is upon us, and one of  the Emerald City’s hippest outdoor music events is The Capitol Hill Block Party. Organizers have released the names of some of the acts that will hit the stage July 20th-22nd.

In addition to musical performances, the festival features resident art galleries, restaurants, bars, and stores that help define Seattle as a cultural hub.

CHBP’s reputation for bringing the best in regional and touring indie artists to the stage has drawn 10,000 people a day for sold out shows year after year.

Not only is he a multi-media journalist, he is also an accomplished musician. He is the founder of SMI and drives the creative look, feel and branding for the publication. His years of writing, arranging, and performing live music in a variety of genres inform his ability to communicate the message and the mechanics of music. Roth’s work on SMI reflects his philosophy that music is the universal language, and builds community. He believes it has the power to unite people of every race, religion, gender, and persuasion.
Related ItemsCapital Hill Block PartyFestivalsFitz and The TantrumsNeko CaseSeattle Music Happenings
← Previous Story Live Review: Jeff Mangum resurfaces at The Moore
Next Story → SMI Radio Ep. 58 On Demand: Musician and author Storm Large