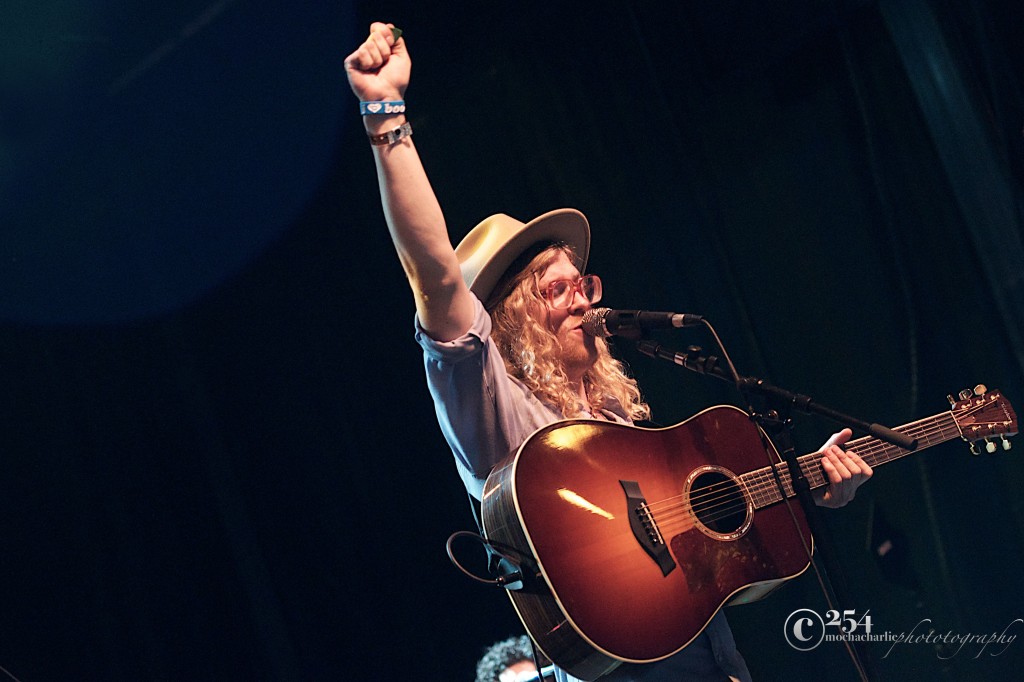 Son of a preacher man, Allen Stone grew up in a household where secular music was verboten. Because his father was a man of the cloth, the Seattle blue-eyed soul singer was weaned on Christian gospel and hymns. Friday night, Stone took the Capitol Hill Block Party main stage like a man possessed, with his gospel roots showing through his blond mane.

Stone’s style mirrors that of legendary soul singers Otis Redding, Sam Cooke, and Al Green, for whom Stone opened last Thursday in L.A. However, Stone was never exposed to the artistry of Redding, Green, Cooke, or even Stevie Wonder until later in life.

Let there be no doubt that Stone and company make great records, but live is where one not only hears the brilliance of his vocal prowess, but feels his magic as well. The thing that makes Stone a special artist, aside from his humble charm and charisma, is the ability to create in the moment. Onstage is where Stone makes an authentic connection with his audience through well-crafted songs, performed by cats with solid chops.

Some of the many highlights of his set included an uplifting version of “Celebrate Tonight,” the funky “Sleep,” as well as an original and smooth arrangement of the Bob Marley classic, “Is This Love.” Allen Stone used his body as well as his voice as an instrument to deliver his own brand of pop and gospel-tinged soul, pouring himself into every phrasing and note. (Complete setlist is below.) His set was the perfect compliment to the rock n’ soul headliners, Fitz and The Tantrums, who were visably enjoying Stone’s performance backstage prior to going on at 10:30.

Previously on SMI Radio, Stone revealed that one of his goals was to play over 300 shows in 2012. With over 120 shows under his belt and many more to come, he is on pace to meet or possibly surpass that number. Stone’s musical journey has taken him across U.S. and to South Africa. Tomorrow, he’ll travel across country to Dover, Delaware, and then up to the Big Apple to perform in front of a national TV audience on Late Night With David Letterman. (For his complete tour schedule go here.) Stone will return to the Northwest in September to play several shows with Dave Matthews Band at The Gorge Amphitheatre Labor Day weekend. After several more U.S. dates, it’s off to Europe in November.

Allen Stone’s life mirrors his stage performances. He is an artist in perpetual motion, moving from town to town, sharing “the good news” to all that have an ear to listen and a heart to feel…but last night was just a little more special given he was doin’ what he do in the warm embrace of his hometown.

Not only is he a multi-media journalist, he is also an accomplished musician. He is the founder of SMI and drives the creative look, feel and branding for the publication. His years of writing, arranging, and performing live music in a variety of genres inform his ability to communicate the message and the mechanics of music. Roth’s work on SMI reflects his philosophy that music is the universal language, and builds community. He believes it has the power to unite people of every race, religion, gender, and persuasion.
Related ItemsAllen StoneCapitol Hill Block PartyMocha CharlieMusic FestivalsSeattle Live MusicSeattle Music Happenings
← Previous Story Music lovers will take it to the streets at Capitol Hill Block Party
Next Story → Capitol Hill Block Party 2012: Lemolo lets it flow (Photo Slideshow)