#CureCancerFaster with #WeRideWhy benefit show featuring The Gods Themselves

By Christine Mitchell on March 14, 2017@Housetornado37 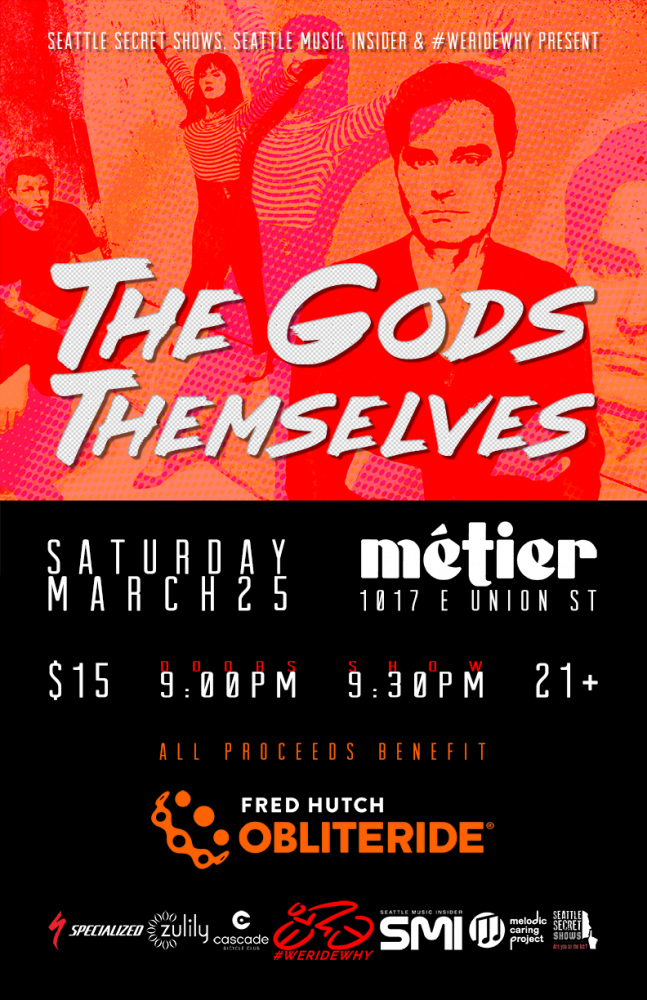 Obliteride, a cycling event that raises funds for Fred Hutchinson Cancer Research Center, will take place from August 11-13th this summer. The ride is in its fifth year, and Seattle Music Insider founder, Creative Director and avid cyclist Greg Roth has decided to take his fundraising commitment to the next level. And when Roth focuses passion on a project, well, watch out world, and take note.

Roth has teamed up with photographer and filmmaker Jason Tang to co-produce and co-direct a five-part documentary called #WeRideWhy, which will chronicle the stories of Obliteride 2017 cyclers. Each person who rides for the charity does so with a person in mind: someone who has either lost or won their battle with cancer. Roth lost his own mother (Judith Anderson Roth) to cancer when he was just ten years old, a devastating event, and, unfortunately, not a unique one. And Roth is determined to do his part to ensure that one day, cancer will cease to tear families apart.

#WeRideWhy and SMI are teaming up with Seattle Secret Shows to put on a benefit that will kick off the Obliteride training and fundraising season. Seattle’s The Gods Themselves, whose new-wave beats are danceable and angular at the same time, will be playing a show at Métier Racing and Coffee on Capitol Hill on Saturday, March 25th at 9PM.  The Gods Themselves are riding high on the release of their third album, Be My Animal, and they are sure to put on an engaging performance. All proceeds clearing the event go directly to Obliteride’s #WeRideWhy – zulily team, headed by Roth himself. 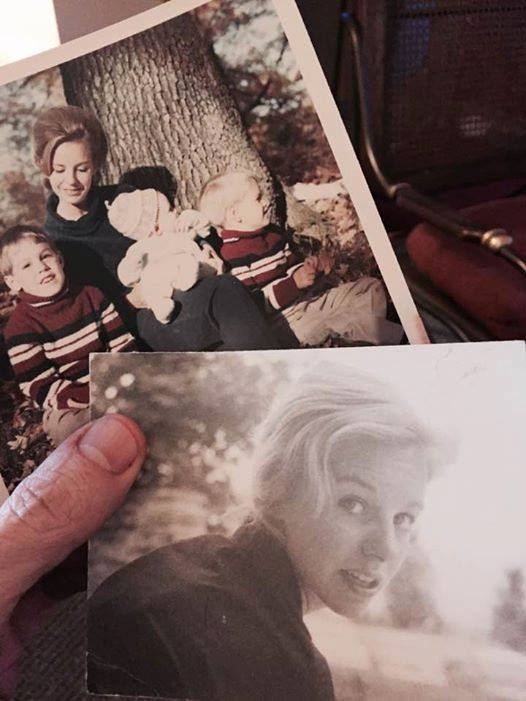 Greg’s Mother, Judy Roth was taken by cancer at 31

In speaking with Roth about his own experience and his transforming that tragedy into a passion for change in the world, it is immediately obvious just how personal the project is for him, not just due to his own experience, but those around him also affected by cancer’s ravages. Regarding the #WeRideWhy documentary, he said:

“I have a few other friends who are moms dealing with cancer right now or have fought cancer and won. All of them have the strength of a thousand men. Jason and I have spent a lot of time going through source material, music, footage, research material and miscelleneous pre-production activity up to the start of the production of  the documentary we are filming, #WeRideWhy. Production starts later this month. it is a movie honoring my mom and other moms who are battling or have battled cancer and the impact on their children and loved ones. Children should not have to watch their mothers die. I am doing some small part to help because honestly, I feel helpless.”

You can do your small part to help as well by attending this benefit and simply enjoying The Gods Themselves! Tickets are $15 and can be purchased at this link: Brown Paper Tickets. If you are unable to attend but still wish to donate, you can download the Obliteride Mobile App and donate to Team #WeRideWhy. In the meantime, please enjoy this exclusive video of The Gods Themselves performing “Dance With Me” live at Critical Sun Studios and enjoy the accompanying photo gallery. Let’s “band” together to #CureCancerFaster with #WeRideWhy.

The God’s Themselve’s recently stopped by for a chat at Critical Sun Studio for and SMI Radio/Video instudio session and interview. Check out an exclusive video of the performance along with photos from Jason Tang.

Christine Mitchell has been poring over album liner notes pretty much since she acquired the skill of reading, and figured out the basic structure of rock songs at an early age. Whether it’s the needle popping into the first groove of the record, the beeps that signal the beginning (or end) of a cassette tape, or digital numbers ticking off the seconds from zero, music brings Christine happiness, ponderous thought, opportunities for almost scientific study, and sometimes a few tears. When she started attending live shows two decades ago, a whole new piece of the puzzle clicked in and she has been hooked ever since.
Related Items#weridewhyChristine MitchellFeatureGreg RothJason TangMetierSeattle Secret ShowsThe Gods Themselves
← Previous Story Ann Wilson at The Moore
Next Story → Seattle’s Newest Music Venue? Welcome to Métier