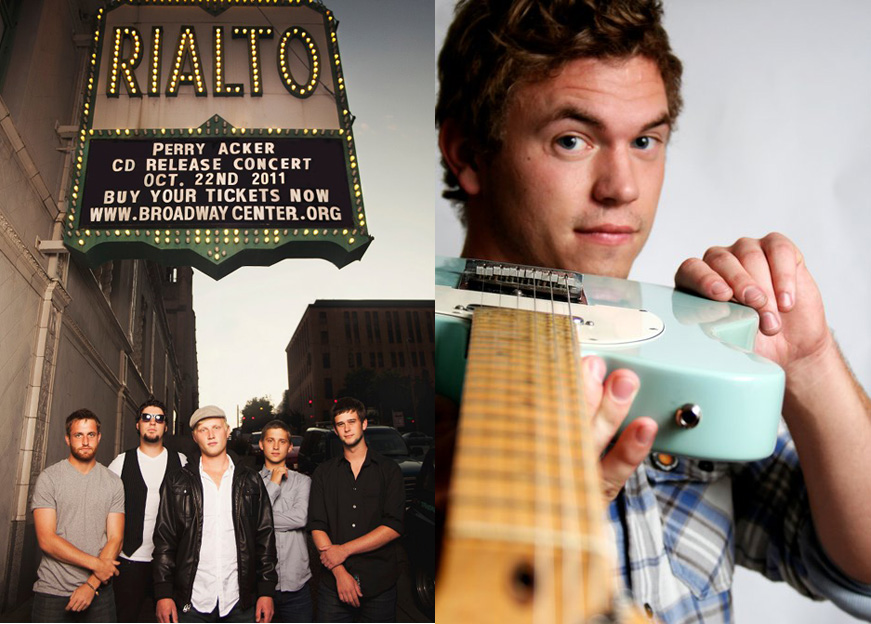 After the release of a stellar 5 song EP their long awaited album is now complete and was released  to the world at the Rialto Theater  at the Broadway Center for the Performing Arts in T-Town. The boys and their fans celebrated the release of that new disc.

Here is my recap of the show featuring some stellar photos from Mocha Charlie on examiner.com.

Before the band took the stage I  spoke with the band prior to their record release show. We spoke about the making of the record, what it was like to work with 7 time Grammy winner, Don Was and they shared with me an interesting story about Was and The B-52’s.

Also featured are selected cuts from their new record, Path to Freedom which is available on CD Baby and iTunes.

In the second half of the show, I speak with Portland artist, Matt Brown, Matt was the opening act for Perry Acker. 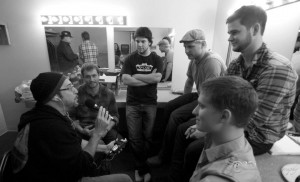 Yours truly interviewing the boys backstage prior to show – Photo: Mocha Charlie

Not only is he a multi-media journalist, he is also an accomplished musician. He is the founder of SMI and drives the creative look, feel and branding for the publication. His years of writing, arranging, and performing live music in a variety of genres inform his ability to communicate the message and the mechanics of music. Roth’s work on SMI reflects his philosophy that music is the universal language, and builds community. He believes it has the power to unite people of every race, religion, gender, and persuasion.
Related ItemsNorthwest MusicPerry AckerRialto Theater
← Previous Story SMI Radio Ep. 37 On Demand: Tyrannosaurus Grace, Chamberlin and The Juliettes
Next Story → New Stacy Jones Band CD drops November 1st