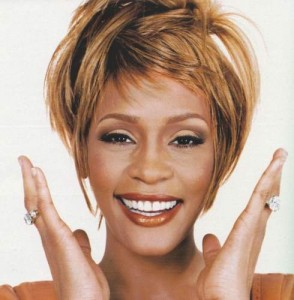 Words really do not seem to be enough here. Quite simply, the world lost a beautiful voice and tortured soul today. A little less than a month ago the world lost soul legend Etta James to leukemia.

Like James, Whitney Houston was a singer whom has inspired many Pacific Northwest music artists. Her untimely and tragic passing today at the age of 48 is shocking, sad and tragic… to say the least.

Ms. Houston’s voice and music touched many and brought a lot of joy into millions of people’s lives. Her songs could be considered a huge part of the 80’s soundtrack for many that grew up during that time or remember that era with fondness. In the mid-80’s her videos were MTV staples. Success also followed her into the 90’s.

In terms of technical ability, when she was on top of her game, she had few contemporary equals. The 80’s produced an array of visual female pop tarts that were tailor made for an MTV generation. Houston raised and set the bar for pop and R&B artists of the time with her amazing vocal skill, range and tonality.

The multi Grammy winning artist had a huge impact and influence that carried over to great pop singers such as Mariah Carey and Christina Aguilera, just to name a few. She also inspired a new generation of singers such as Adele and Jennifer Hudson and will continue to do so long after her passing.

Much speculation and consternation will be written about the last few years of her life and ultimate death. However, it is her voice and her music that will ultimately be held in the hearts and souls of fans and other artists. Yes her life was filled with pain and tragedy  but her legacy is solidified and her impact will be felt for years to come.

Our condolences go out to her friends and family. Rest In Peace Whitney Houston and thank you for the music and talent that made us want to dance with somebody…

From the Seattle Times…

Whitney Houston, who reigned as pop music’s queen until her majestic voice and regal image were ravaged by drug use, erratic behavior and a tumultuous marriage to singer Bobby Brown, has died. She was 48.

To read the rest of the story go here.

Not only is he a multi-media journalist, he is also an accomplished musician. He is the founder of SMI and drives the creative look, feel and branding for the publication. His years of writing, arranging, and performing live music in a variety of genres inform his ability to communicate the message and the mechanics of music. Roth’s work on SMI reflects his philosophy that music is the universal language, and builds community. He believes it has the power to unite people of every race, religion, gender, and persuasion.
Related ItemsNewsSeattle Music HappeningsWhitney Houston
← Previous Story Sasquatch 2012 artist Bon Iver performs on Saturday Night Live (Video)
Next Story → SMI Radio Ep. 51 On Demand: Seattle soul sensation Allen Stone / Sean Hensley & Gabe Mira (Setlist Music Solutions)